Wasilla advances to semifinals, 6 others still in the mix at state baseball tournament 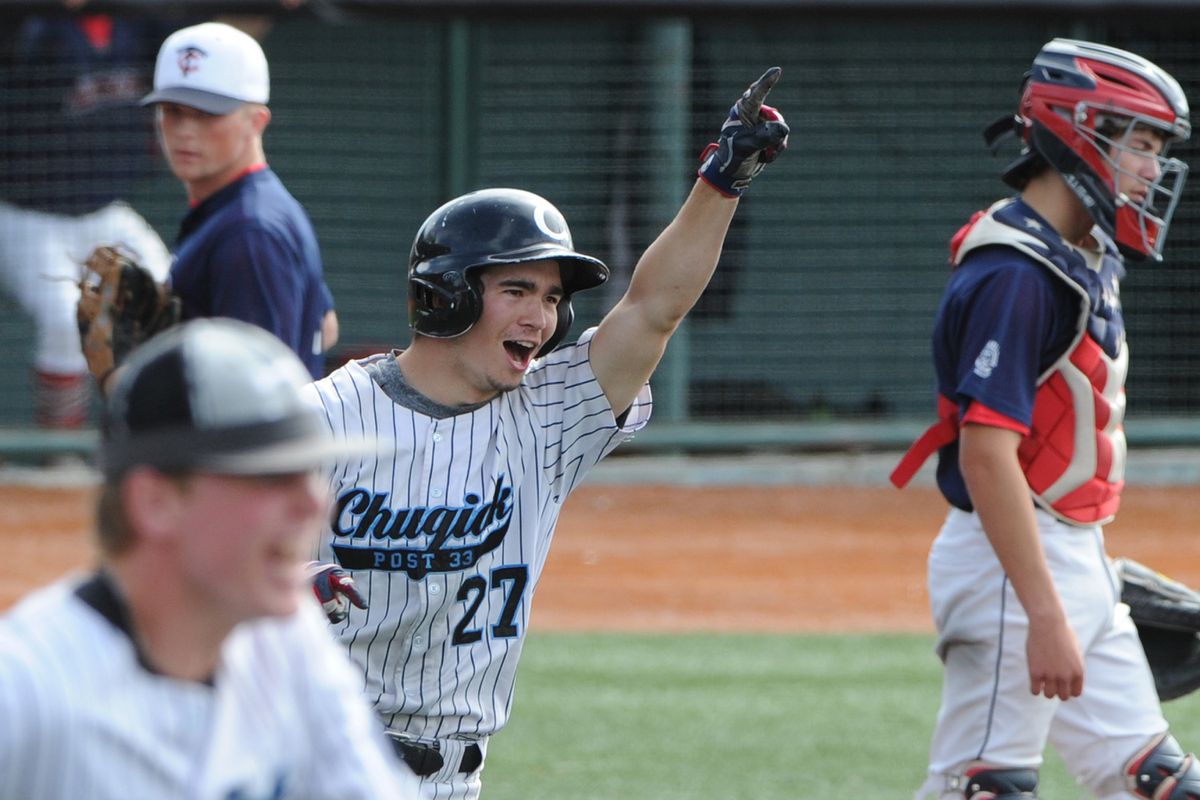 Wasilla’s in, Kenai’s out, and everyone else is on pins and needles at the Alliance Baseball League state tournament.

The Wasilla Road Warriors posted their second shutout in three days Sunday, beating Juneau 3-0 at Mulcahy Stadium to clinch a spot in the tournament semifinals.

Six teams are battling for the remaining three spots heading into the final day of pool play Monday.

West meets Dimond at 5:30 p.m., and a West victory would send the Eagles to the semifinals with Wasilla as the top two teams from the Denali pool. A Dimond victory would create a three-way tie between Dimond, West and Juneau.

Ties will be broken by runs allowed during pool play.

Chugiak is coming off Sunday’s dramatic 4-3 victory over the Kenai Twins, who were eliminated after going winless in three preliminary games.

Connor Lanehart ripped a walkoff single to lift the Mustangs, and that was just part of the seventh-inning drama.

In the top of the inning, Kenai scored three runs tie the game 3-3. The Twins scores runs on an error, a sacrifice fly and an RBI single by Tanner Ussing, and with two out Harrison Metz stroked a double to move Ussing to third. That gave Kenai two runners in scoring position, but Chugiak relief pitcher Justin Nevells ended the threat with a strikeout.

Nevells was Chugiak’s leadoff batter in the bottom of the seventh, and he got into scoring position by reaching on an error and stealing second. He moved to third on Riley Fugera’s single and scored on Lanehart’s hit.

In Eagle River’s 8-4 win in the late game, the Wolves got great production from the bottom of their lineup and South got none from the top of its.

Orazio Ramos, Braden Olmstead and Stefan Retzlaff -- Eagle River’s No. 7, No. 8 and No. 9 batters -- drove in a total of six runs. In the Wolves’ five-run first inning, Ramos belted a one-run double and two batters later Retzlaff hit a two-run single.

South got a combined 0-for-12 effort from the top four batters in its lineup and left the bases loaded twice while stranding 11 in all. Brandt Hultberg was 2 for 3 with two RBIs and Josh Costello was 3 for 3 and scored twice.

Ryan Gray, who pitched five innings in relief for Eagle River, twice ended South threats with strikeouts -- once in the fifth when the Wolverines had two runners on base and again in the seventh when they had the bases loaded.

In Wasilla’s win, Bryce Frazier pitched a complete-game three-hitter, allowing three hits while striking out two and walking two. He never faced more than four batters in an inning.

Wasilla is the only team to finish pool play with a 3-0 record. The Road Warriors opened with a 2-0 win over top-seeded Dimond and outlasted West 10-8 before facing Juneau.

The semifinal winners will play for the state championship Wednesday at 5:30 p.m.