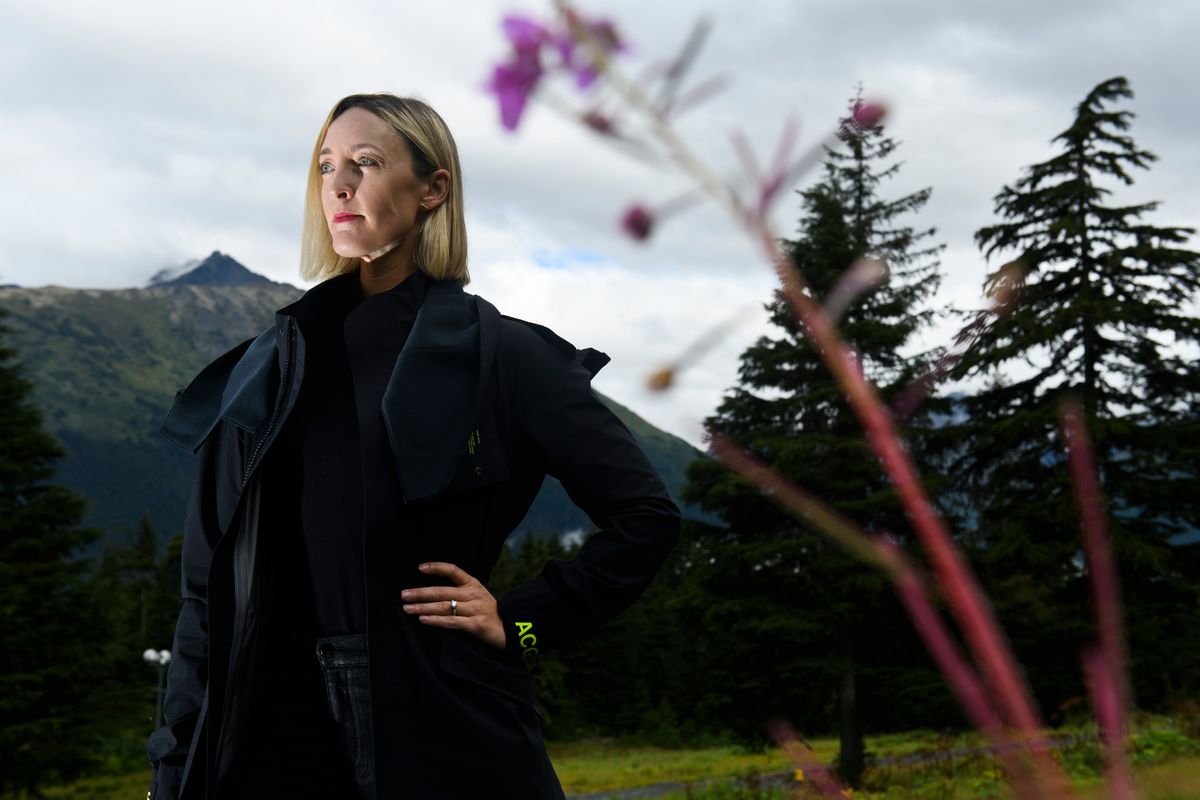 Stef Strack is the founder of Voice in Sport, a platform to provide mentorship and advocate for female athletes. (Marc Lester / ADN)

Stef Strack is the founder of Voice in Sport, a platform to provide mentorship and advocate for female athletes. (Marc Lester / ADN)

About a year before her family fled New York City to ride out the pandemic in Girdwood, Stef Strack was lying in bed and staring out the window of her Brooklyn apartment in search of inspiration.

A 2000 East High graduate, Strack was an executive at Nike for 14 years before becoming a CEO in the fashion industry, a job she left at the beginning of 2019.

Percolating in her brain was a vision to empower young female athletes by providing them with a voice -- and an online platform to use it.

For three months, she traveled the country listening to athletes talk about issues and inequities that concern them. She returned to Brooklyn to create a podcast, website and nonprofit foundation, armed with ideas and brimming with passion.

All she needed was a name for it all, but nothing came to her. Then one day, while staring out the window and wishing for the spark of an idea, it hit her: Voice in Sport.

Strack liked the acronym, VIS (pronounced “viz”), because it works as an abbreviation for visibility, which is what she seeks for girls and women in sports. She liked it even more when she googled it and discovered “vis” is a Latin word meaning power or force.

On Monday, Strack, 38, launched voiceinsport.com, which celebrates the power and force of female athletes by letting them drive the conversation. Issues like nutrition, training and body images are addressed by young women, and girls are connected with established female athletes who serve as mentors.

“Everything we do at VIS has the voice of female athletes at the center,” Strack said. “... I worked in this really big male-dominated industry. I was a vice president at Nike, and I think there needs to be more women’s voices heard and understood and valued.”

Strack’s background at Nike gives her the kind of credibility that landed her on a Bloomberg News podcast earlier this week.

VIS is aimed at girls and women 13 to 22 years old. It has five full-time employees and 150 contributors -- 30 student interns, 30 advisers and experts in fields like sports psychology and nutrition, and 90 mentors.

Strack and Randall were classmates at East High, where Strack (her maiden name is Henderson) played soccer and Randall starred in skiing and running. When they were students at Wendler Middle School, both became activists when the Anchorage School District tried to eliminate junior high sports.

Strack wound up reading her letter aloud at a school board meeting. Randall wound up forming a group to protest the cuts. Their actions helped persuade the school district to keep junior high sports.

In grade school, when no girls made it into the elite math program, Strack decided to study hard even though she didn’t like math, just so she could get into the group. In high school, Strack formed the Prejudice Reduction Committee to bring diverse student voices together.

“All of those moments foreshadowed what I’m doing now,” she said.

While the past propels her, the future compels her. When she traveled the country talking to young female athletes, she learned the challenges she faced two decades ago years ago are the challenges they still face today -- including how a male-dominated sports world largely ignores issues important to females, like body-image problems and eating disorders.

With her nonprofit Voice in Sport Foundation, Strack wants to be able to fund research. Her top two topics to study: menstruation and training, and the connection between breast development and girls dropping out of sports.

“I’m designing this for my daughter and all of our daughters,” said Strack, who with husband Alan is raising a girl and a boy, 7-year-old Siena and 4-year-old Parker. “Somebody’s gotta do this for our daughters.”

Access to the website is free, although Strack anticipates eventually charging for premium content. Sponsors and partnerships will help provide revenue, which will allow VIS to pay mentors, except those who are college athletes bound by NCAA regulations.

Content is created by young women so information is delivered in voices other young women will listen and relate to. Strack hopes some of them wind up working in sports media, which she said is 90% male.

Girls and women need to apply to become members -- known as “advocates” because they are expected to use their voices on behalf of themselves and others -- because Strack wants to make sure the people who use the website are indeed female athletes.

“We’re going to create the narrative ourselves,” she said. “Eventually ESPN and others will see what we’re doing and get inspired.”