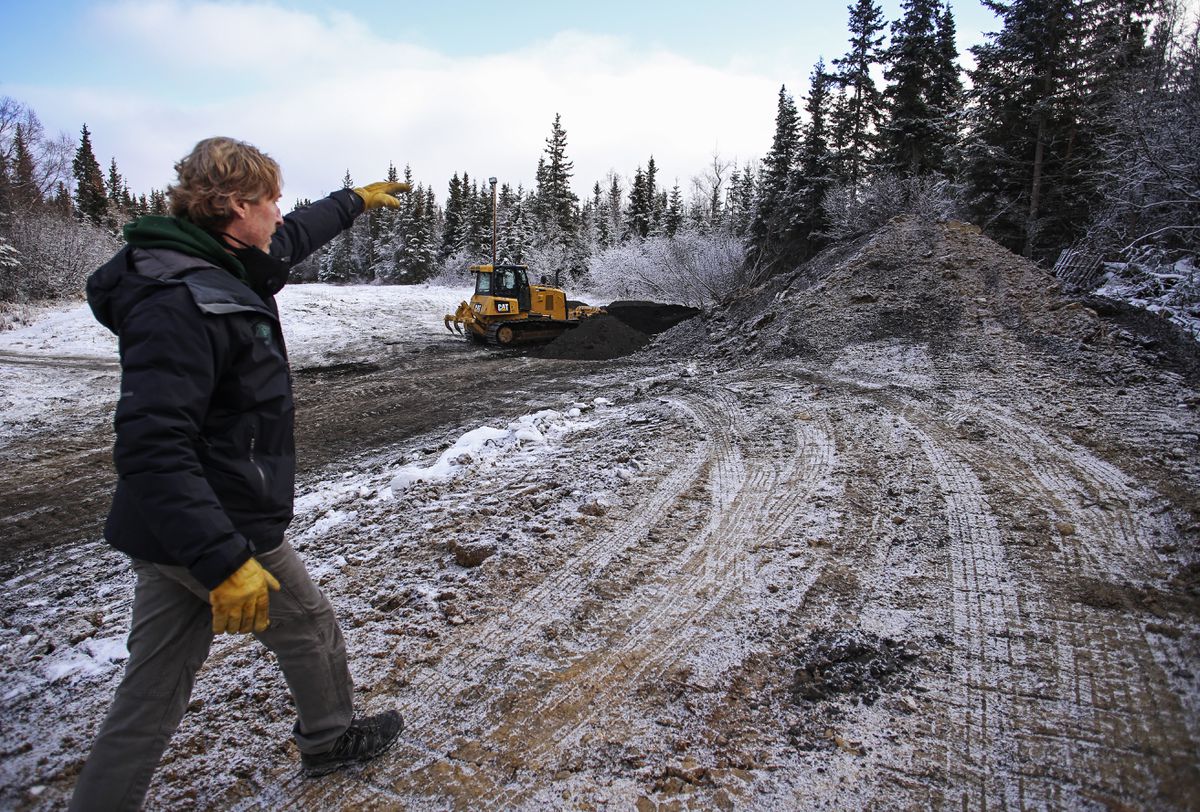 The notion of Hilltop Ski Area having a race course certified by the International Ski Federation would have elicited laughter not long ago. The tiny ski hill in South Anchorage lacked the terrain and elevation to dream such dreams.

Anderson took his idea to Hilltop general manager Trevor Bird and Hilltop Alpine Race Team program director John DeHaven, who were already thinking of modifying the ski area. The resulting 45-gate slalom course is expected to open this month and should earn FIS homologation, or certification, by next winter.

“I coached at Hilltop 25 years ago, and no one would have ever thought we’d have an FIS-legal race run at Hilltop,” DeHaven said. “It’ll definitely happen.”

The course will be a boon for Anchorage racers, DeHaven and Anderson said.

“Everyone’s going to want to use this, especially early in the season,” Anderson said.

And, both men agreed, it’s an example of how the UAA alpine ski team — which is fighting for its life after university budget cuts put it on the chopping block — impacts the entire alpine racing scene in Alaska.

“We’re doing these things to promote the sport and get kids on skis,” Anderson said. “I’m excited for young skiers to get on moderate slalom terrain. This will be a game-changer for youth skiers, and it wouldn’t happen without us.”

Anderson’s vision was the spark for a project done largely with donated labor and materials, said DeHaven, who is in his fourth season as program director for the Hilltop Alpine Race Team.

Alaska Sand and Gravel donated 900 cubic yards of dirt to build a start mound at the top of the run, Cruz Construction donated an operator to run the dozers, “and I was out there chainsawing and taking out alders” along with other volunteers, DeHaven said.

“A lot of people came together for this,” he said.

For decades, racers at Hilltop have trained on a long but slow slalom run on the Ptarmigan Run side of the ski area — "It’s very flat and very slow,” DeHaven said — and a short slalom run on the Caribou trail, which is right next to Wolverine.

By next winter, another 50 feet of vertical drop will have been added, Anderson said, allowing Hilltop to host FIS races consisting of three runs — a fairly new format used by areas with shorter slalom runs in which a racer completes a run and immediately rides the chairlift back up for a second run, then goes back up for a third run.

Skiers of all abilities — from members of UAA’s NCAA college team to developing skiers in the Alyeska Ski Club, the Hilltop Alpine Race Team and the Arctic Valley Ski Team — are expected to use the course, which has the potential of turning an often-ignored part of Hilltop into a big draw.

“Wolverine Run is fairly under-utilized. It’s usually the last one we put (man-made) snow on because it doesn’t have a lot of vertical feet,” DeHaven said. "Now I think it will be used every single day.“

The Seawolves will be among those users. Hilltop is five or 10 minutes from UAA — you can see the campus from the top of the new slalom run — so it will save the team time and money by reducing the number of trips to Alyeska.

Money is paramount for the Seawolves these days. The ski team must raise $628,000 by mid-February for the alpine squad to earn reinstatement by the university’s Board of Regents, and it’s a little more halfway toward reaching that do-or-die goal.

If those goals can’t be met, this will be the final season for the UAA alpine team.

The effort to save the team is exhausting and consuming, Anderson said.

“It feels a lot like the Wizard of Oz,” he said. "There was a big tornado and it was crazy but we made our way to the wizard and he told us we have to get the witch’s broom, and now I feel like Dorothy in the tower watching the hourglass run out.

“I feel like I can’t let this team down. I have to get us there. I don’t think failure is an option.”

DeHaven said having an NCAA ski team in Anchorage raises the level of ski racing throughout the city. The Seawolves provide role models for young skiers, donate time to various race programs and are a critical part of the FIS racing scene at Alyeska, he said.

“Everything from them donating time to Special Olympics to having ideas like Sparky’s, it’s part of the fabric of the sport in the community,” DeHaven said. “When you lose something like this, there’s a big gap.”