Anchorage’s Hunter Sulte signs with Portland Timbers of the MLS 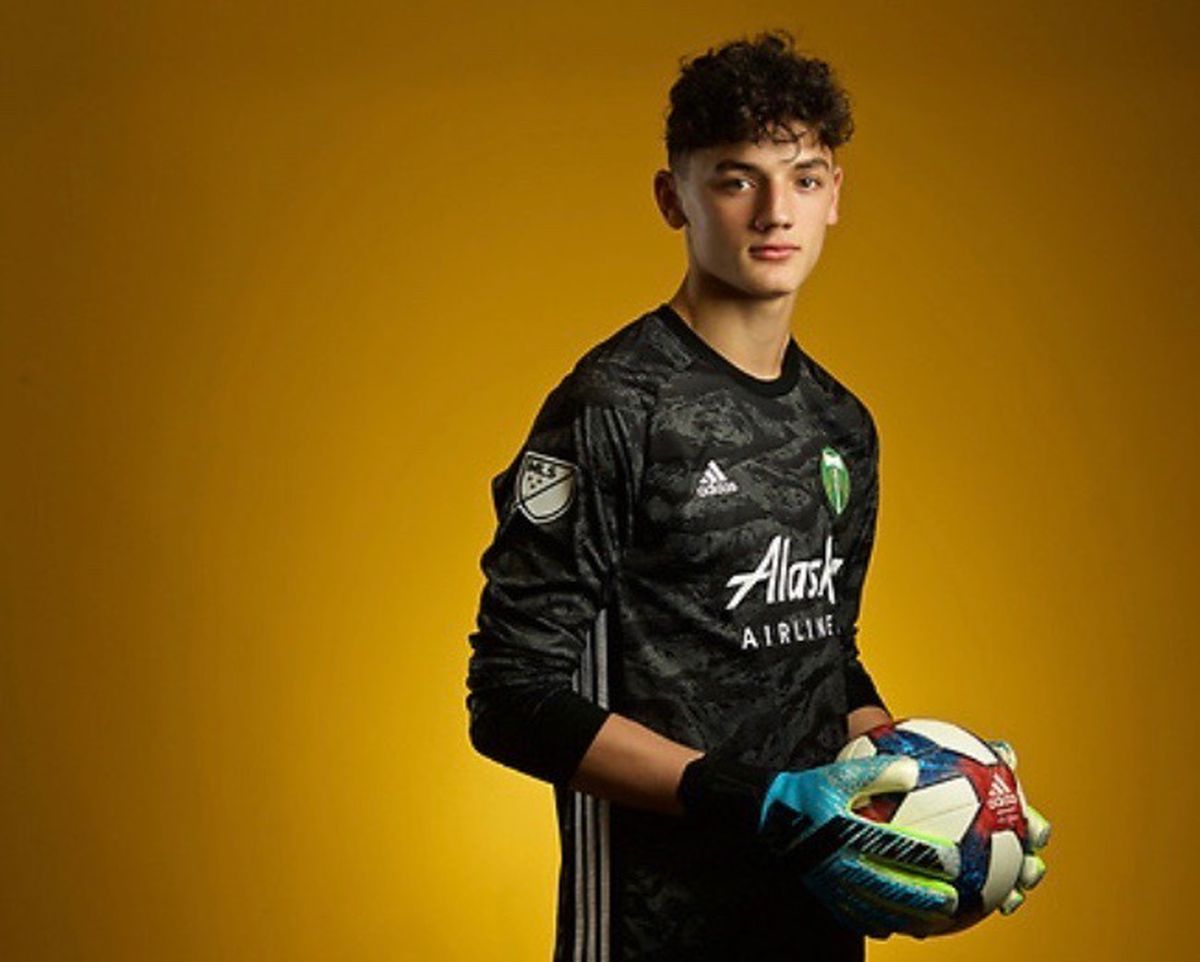 Hunter Sulte of Anchorage signed a Major League Soccer contract with the Portland Timbers, who announced a four-year deal with the goalkeeper on Wednesday. (Photo by Casey Sawyer)

Hunter Sulte of Anchorage signed a Major League Soccer contract with the Portland Timbers, who announced a four-year deal with the goalkeeper on Wednesday. (Photo by Casey Sawyer)

Hunter Sulte was 13 years old and nearly a foot shorter than he is now when he left Anchorage to attend a soccer academy in Portland, Oregon. He cried on his way to the airport, knowing he was leaving family and friends behind, but nonetheless eager for the chance to see where soccer might take him.

Today Sulte is a 6-foot-7 high school senior who on Wednesday became a professional soccer player.

Sulte, 18, signed a four-year Homegrown Player contract with the Portland Timbers, whose youth academy invited him to Oregon when he was a seventh grader at Mears Middle School.

He’s grown nearly a foot in that time while becoming a skilled goalkeeper who will be on the Timbers roster for the 2021 season, the team announced Wednesday.

“This is the reason I left,” Sulte said Wednesday from the Portland home he shares with his grandparents.

Sulte, the senior class president at Southridge High School, is training with the Timbers as the team prepares for the MLS playoffs that begin later this month. He said he’s the team’s fourth goalkeeper, so when the MLS season wraps up he expects he’ll be loaned to a team in Europe to continue his development.

“They’re giving me plenty of time to develop and become a starter,” he said.

Sulte said he signed his contract with the Timbers a couple of weeks ago but the team didn’t announce the signing until Wednesday. That’s when it hit him that he was a pro soccer player.

“It didn’t really feel real until today and they put it out there," he said. Once that happened, texts and Instagram messages from friends and family poured in, “and it’s just been surreal.”

Sulte turned down a scholarship offer from Georgetown University — the 2019 NCAA national champion — to go pro.

According to the Timbers, he is the second player from Alaska to sign an MLS contract.

“Hunter is a talented player whose commitment and dedication to the sport has been rewarded,” Timbers general manager Gavin Wilkinson said in the team’s announcement of Sulte’s signing. “We look forward to working with Hunter to fulfill his potential at the professional level and be a goalkeeper for the Timbers for many years to come.”

He made 31 saves in eight starts for Portland Timbers 2 during the 2020 USL Championships and took part in the Timbers' team training camp in Costa Rica before the beginning of the 2020 season.

The Timbers have since eliminated their USL team, which is why Sulte is most likely to wind up in Europe this spring.

Sulte is one of Randy and Heather Sulte’s four children, all of them athletes. Aspen was an alpine skier and Brynn was a two-time Gatorade player of the year in volleyball — both wound up at the Air Force Academy, and Aspen is becoming an A-10 pilot — and Lauren is a Dimond High sophomore volleyball player.

He joined the Timbers Academy in 2016. He lived with one of his mom’s cousins when he first moved to Portland, then with a family friend, and now with his grandparents, who recently moved to Oregon.

“I didn’t really have a normal life as a kid," Sulte said. “I had to do my own laundry but now my grandma cooks. It’s much easier when you’re with family.”

Sulte grew up playing with the Cook Inlet Soccer Club and the Olympic Development Program, which is how the Timbers learned about him and invited him to their academy in 2016. He also played Pop Warner football, “and that helped him as far as diving and jumping and making contact goes,” said Randy Sulte, who said his son is being paid “a modest salary.”

“A lot of people think we’re crazy for giving up Georgetown,” Randy Sulte said. "It was a really, really hard decision. He really wanted to go to Georgetown (so) it took some soul-searching — ‘Why did you leave home at 13?’ ''

“Some days,” he said, "I’d wake up and say, ‘Im going to Georgetown. It’s my dream school.' Other days I’d say, ‘The contract is the way to go if I really want this to be a career.’

"This is the reason I left home. To pursue this.''