Anchorage basketball star Alissa Pili is an inside force for USC, and she hopes to become an outside threat too 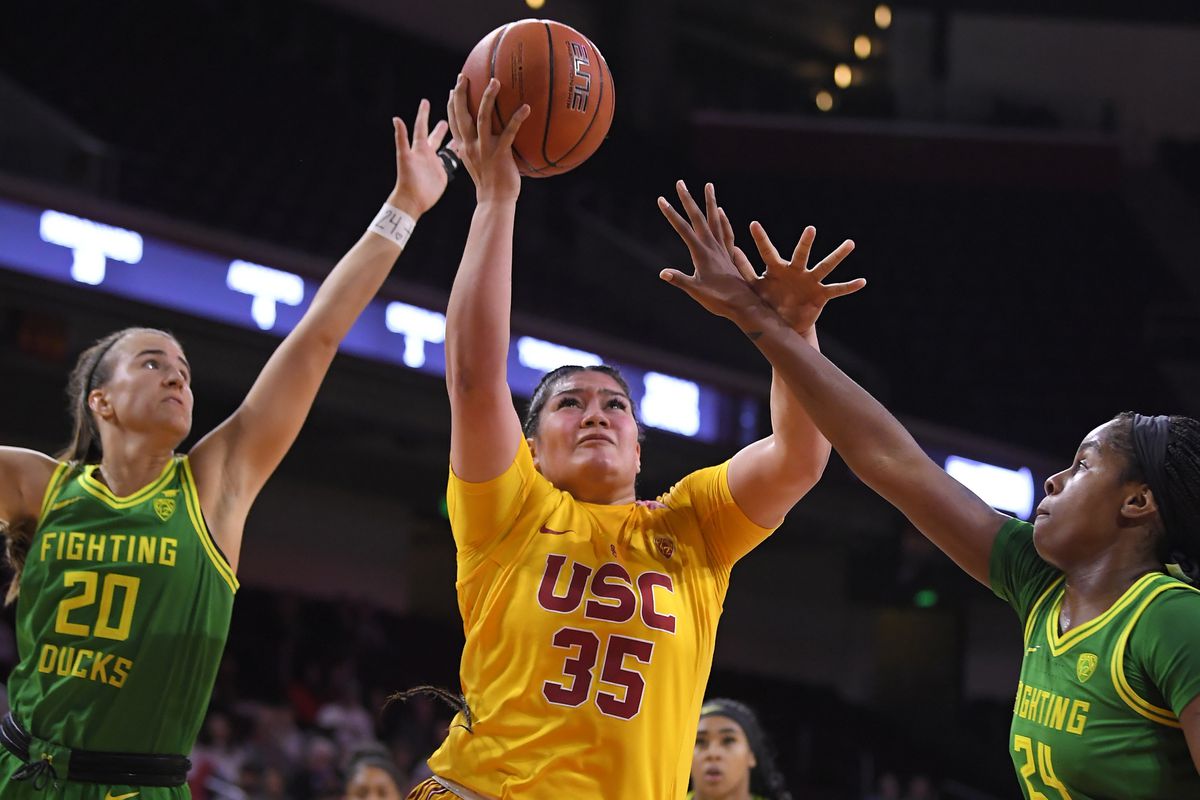 Bad news for USC women’s basketball opponents. Anchorage standout Alissa Pili might be harder to guard than ever as she works on expanding her already exhaustive assortment of skills.

Pili was last season’s Freshman of the Year in the Pac-12 Conference and is a selection on this season’s preseason Pac-12 team.

She started 30 games and led the Trojans in scoring (16.3 points per game), rebounding (8.0) and double-doubles (11) last season. She’s a 6-foot inside force who shot 51.1 percent from the field, blocked 27 shots and grabbed nearly 30% of her team-high 247 total rebounds on the offensive end of the court.

All this as a true freshman from Dimond High. So what will she do for encore?

Become an outside threat too.

“I’m just working more on my perimeter game and my 3-ball and getting my percentage up ... so I’m more of a threat out there too,” Pili said Tuesday during a Pac-12 media conference call.

Pili last season hit 23.4% of her shots from 3-point range (15 of 64). The lack of a more dependable 3-point shot hasn’t been a huge deficit — she’s on the watch lists for the Naismith Trophy and the Katrina McLain Award, end-of-season honors bestowed to college basketball’s top player and top power forward, respectively.

[Pili leaves her mark as one of Dimond’s greatest athletes]

Pili is part of a young USC team that went 17-14 last season, which ended with a 73-66 quarterfinal loss to UCLA in the Pac-12 tournament.

She said last season was about changing the culture of the USC program by putting an emphasis on working and playing together as a family. Pili is one of Billy and Heather Pili’s eight children, so that was an easy goal to work toward.

“I’m a big family person, so I think that’s something I bring to our team,” she said. “We go to war together. Once we’ve got that chemistry and bond, it will show on the floor.”

USC ranks 7th in the Pac-12 preseason poll. Stanford is the No. 1 preseason pick in the 12-team conference. Teams will play a 22-game conference season beginning Dec. 4.