When the Golden State Warriors made Justinian Jessup the 51st pick in the NBA draft, Nome cheered 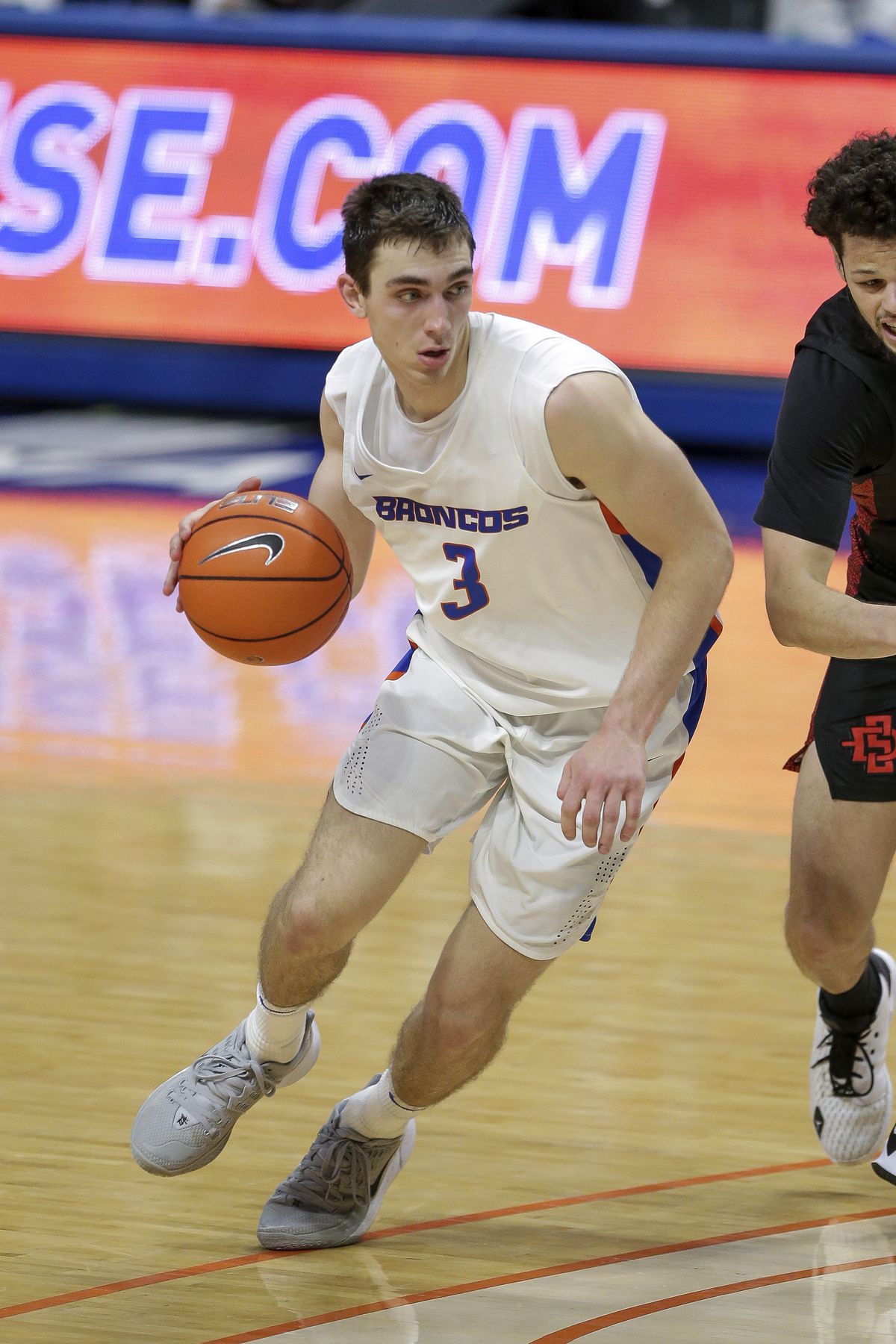 There’s a photo from the 2010 Nanook Basketball Camp in Nome that shows local participants crowded together on the bleachers and at the end of one row is one of the smallest kids in the group, a boy who looks pretty gloomy. Pat Callahan, the longtime basketball coach in Nome, figures the photo was taken right after the kid’s team lost a game.

The kid is Justinian Jessup, known simply as “J” to family and friends. He was 12 years old and 5-foot-2 at the time of the photo and was living in Nome while his dad, museum director Wesley Jessup, helped create the city’s Katirvik Cultural Center.

On Wednesday night, the Golden State Warriors made Jessup the 51st pick in the NBA draft.

He’s 6-foot-7 now and a seemingly perfect fit for a team that thrives behind the arc with sharpshooters Steph Curry and the recently injured Klay Thompson -- Jessup is the Boise State and Mountain West Conference record-holder for 3-pointers with 325.

Callahan said his phone lit up with text messages Wednesday after the Warriors called Jessup’s name.

“He was a nice little junior high player, but we didn’t know he was going to become a Division I player,” Callahan said. “But it’s not like he grew up here or spent his whole life here. ... We don’t have much right to claim him.”

Hold on there a minute, coach.

Jessup has deep roots in Alaska, even though his time here was brief.

Wes Jessup, a paternal grand-uncle, was the Dimond High boys basketball coach for seven seasons back in the 1980s and won a state championship in 1987. C.R. Lewis, his maternal grandfather, was a well-known contractor and state legislator from Anchorage.

And he has plenty of fans still in Nome.

“I’ve been talking with a lot of friends and locals and they all remember him, either watching or playing on the same team with him,” said Christian Leckband, a former high school star in Nome. “I can confidently say that I represent Nome in saying that even though he was only there a few years, we claim him and we’re proud of Justinian and can’t wait to see his continued success.”

Jessup lived in Nome from 2009-11, and Wesley Jessup said his son played basketball with adults every day at the Nome rec center.

“He always played pick-up ball with the adults and as you know, there are amazing players in the villages, especially Nome. I have often thought that playing in that very competitive environment as an 11/12-year-old helped him at an early age,” Wesley Jessup said by email.

Among those who played against him was Leckband, a 6-foot-7 all-state player at the time who went on to a solid four-year college career at UAA. Leckband is also in the 2010 photo from the Nanook Basketball Camp, looking twice as big as Jessup.

“The joke I make to my friends whenever they ask about Justinian (is) when he was in 6th grade he was better than everyone in the town but me. By 7th grade I was asking for lessons,” Leckband said.

Leckband was a junior at Nome-Beltz High School and Jessup was a sixth-grader when the Jessup family came to Nome. After Jessup finished seventh grade, Leckban said he lobbied for the youngster to play with the high school varsity team during the summer “because he was simply that good.”

“He was 13 and I was convinced he was better than a majority of our high school team and adults in the community,” Leckband said.

Like so many boys and girls in rural Alaska, Jessup was a gym rat. Callahan said when he invited Wesley Jessup to help out at basketball tryouts one year, Jessup responded with a question: “Would it be OK if I brought Justinian along to watch?”

Mike Walsh, a sports information director at Boise State, said when Jessup spoke about Alaska, the context was always basketball.

“I heard him tell a couple of tales from living in Alaska, but like everything with him, they all centered around the gyms he played in,” Walsh said.

At Boise State, Jessup was a starter from his freshman year on. He ended his four years as the school and conference leader in 3-pointers with 325. He shot 40.7% from long range and finished his college career as Boise State’s No. 8 all-time scorer with 1,583 points. He ranks seventh in steals with 154.

As a junior he became the first player in Boise State history to lead the team in five statistical categories -- points, rebounds, assists, steals, blocks. He’s the only player in school history to exceed 1,500 points, 500 rebounds, 250 assists, 150 steal and 50 blocks.

Earlier this year Jessup signed a pro contract with the Illawarra Hawks of Australia’s National Basketball League. He’s expected to be a “draft-and-stash” player for Golden State, meaning he will stay with his foreign team and the Warriors will retain their rights to him.

Between Nome and Boise State, Jessup lived in Longmont, Colorado, where he became one of Colorado’s top high school prospects. John Paxton, a former Dimond High star, is a teacher in nearby Greeley, Colorado, and he attended a couple of Jessup’s high school games when his old coach -- Jessup’s great-uncle -- was in the area for a visit.

“Coach Jessup came down and we watched him play together,” Paxton said. “He was very smooth, he doesn’t get rattled, and he’s a very good shooter.”

Leckband remembers Jessup as a humble, soft-spoken kid “who turned into stone-cold killer anytime he stepped on the court.”

“I thought I was pretty good at basketball but always knew Justinian would be special. I’m happy to see that he kept his drive and it took him to the highest level in the game. I’m happy for him and his family and just want to say congratulations again from myself and the entire town of Nome.”