On the revamped out-and-back Iditarod route, Skwentna will be the site of mushers’ final layover 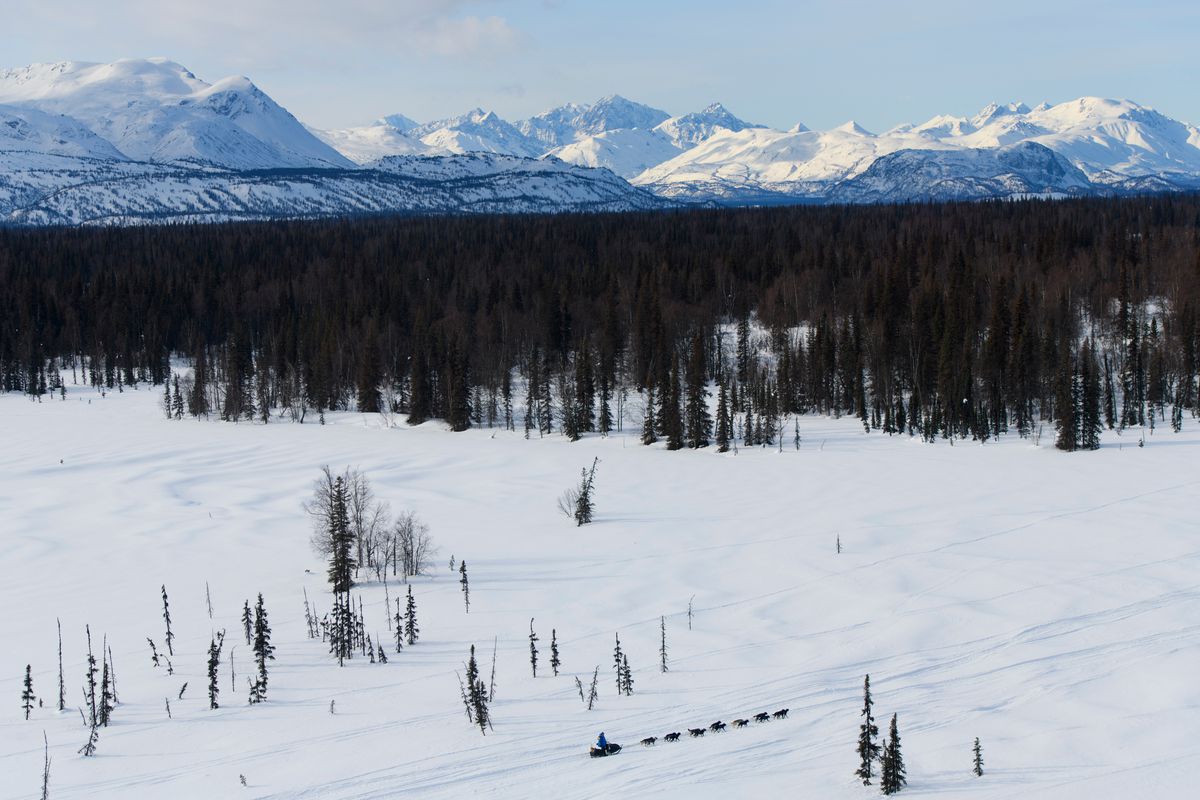 Skwentna is the new White Mountain for the 2021 Iditarod Trail Sled Dog Race.

In a typical year, the dot on the map near the confluence of the Skwentna and Yentna rivers is one of the first checkpoints Iditarod mushers reach as they travel to Nome, a sometimes in-and-out stop — last year, 18 of the 57 teams spent less than 20 minutes there.

In a 2021 race that is bringing all kinds of changes, teams will run an 860-mile loop that begins and ends at Deshka Landing near Willow. Near the end of that loop, everyone must take their mandatory late-race, eight-hour layover in Skwentna — about 60 miles from Deshka Landing — before making the final push to the finish line, according to Iditarod race marshal Mark Nordman.

The usual 1,000-mile Willow-to-Nome route was scrapped to protect villages on the second half of the trail from the coronavirus. On that route, all teams must take an eight-hour break at White Mountain, 88 miles from the Nome finish line.

This year the race’s turnaround point is a ghost town called Flat, which is near the ghost town of Iditarod, the trail’s namesake and the midway point of the race’s southern route.

[ExxonMobil is latest sponsor to severe ties with Iditarod]

As in every year’s race, 2021 Iditarod mushers must take three mandatory layovers that add up to 40 hours — a 24-hour layover and two eight-hour layovers.

The 24-hour stop can come at any checkpoint up to and including Iditarod, “but not after this checkpoint,” Nordman said.

The first eight-hour layover — replacing the traditional eight-hour rest required on the Yukon River — can be taken at any checkpoint on the Rohn-to-Rohn part of the loop. Rohn is about 175 miles from Deshka Landing.

The final eight-hour layover will be at Skwentna.

As of now, the Deshka Landing start will happen on an old airstrip leading to Coral Hill and the Susitna River. Teams will finish the race on the main launch hill.

A field of 53 mushers is signed up to begin the race on Sunday, March 7.

Details about the March 6 ceremonial start in Anchorage remain unknown. However, the annual mushers banquet in Anchorage won’t happen as usual before the race. Iditarod officials said mushers will still draw for their start order, but it will be a virtual event that is in the works.

This story has been updated to correct where the race will finish at Deshka Landing.