AFC to return with outdoor fights in June, and an AFC alum makes the cast for ‘Ultimate Fighter’ 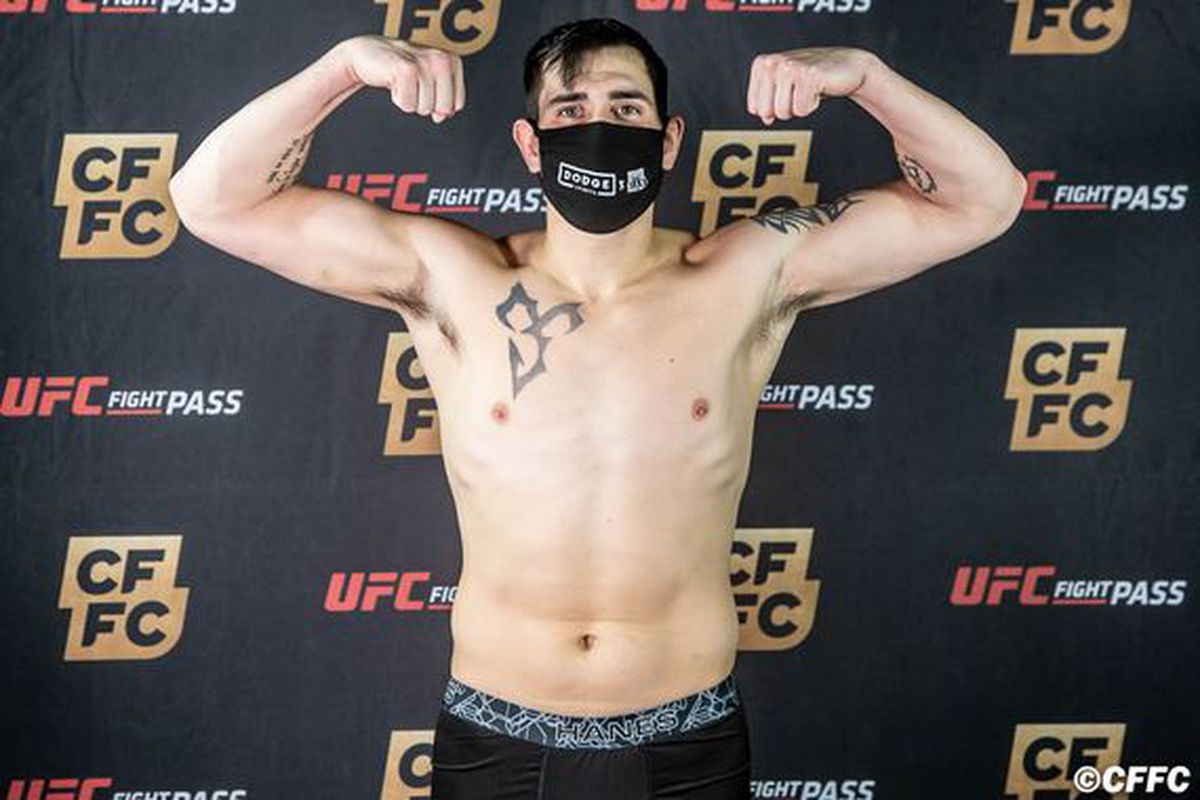 The Alaska Fighting Championship is emerging from a pandemic-induced hibernation with the help of some igloos and a fighter from above the Arctic Circle.

On hold since its last event on March 11, 2020 — just before COVID-19 concerns shut down indoor sports around the globe — the AFC will return in June with an outdoor event, AFC co-owner Misty Herron-Webb said Tuesday.

No date has been set yet, but the event will be held at the Inlet Tower Hotels on West 12th Avenue — the same place where outdoor dining was made possible this winter with the use of “Inlet igloos.”

Each of the domed structures is big enough to seat a party of six for dinner. Come fight night, the igloos will provide premium seating for fight fans in addition to a general-admission viewing area, Herron-Webb said.

Also in June, 30-year-old Aaron Phillips of Kotzebue will become the latest AFC veteran to appear on “The Ultimate Fighter”, a reality TV show that puts several mixed martial arts fighters in the same house and follows them as they train and compete for a UFC contract.

In his application for TUF, Phillips said he is self-taught because Kotzebue doesn’t have a mixed martial arts gym, “so I Rocky IV most of my training camps.”

“Beating people who do this for a living and train much more routinely brings me joy.”

Phillips is among eight middleweights (185 pounds) who are part of the 29th season of the show, which begins June 1 on ESPN+. The show will also feature eight bantamweights (135 pounds).

He has a 5-2 record, with six of his fights happening in the AFC. He had his first fight outside the AFC on Dec. 17 in Pennsylvania, where he lost a Cage Fury Fighting Championships bout via a second-round knockout.

Among his six AFC victories, three are by submission and two by knockout.

“The biggest challenge in my life has been consistently pursuing this dream with limited resources,” Phillips wrote. “I live in such tough cold conditions with no ‘real’ places to train but outside, in my parent’s shop, or in my living room.”

“After work, I usually head to my parents house for my workouts in their shop. I make sure to get there early enough to start the heaters to warm it up enough to use.

“Throughout my day I’m usually watching videos on drills or techniques I can do or work on since I don’t get the normal work in fight gyms with a team setting.”

Phillips is Inupiat, and he is believed to be the first Alaska Native to appear on “The Ultimate Fighter.”

Only two of them won bouts — Herron-Webb and Whitson.

[Nic Herron-Webb won 3 AFC titles, and now he and his wife are ready to run the show]

Herron-Webb, who won AFC titles in three weight classes, retired in 2019 to buy the AFC along with his wife, Misty. On Tuesday, Misty Herron-Webb said they hope the June fights at Inlet Towers are the first in a series of outdoor events.

“We’d like to do one each month, but we are playing it by ear,” she said.

The June fights will air on UFC Fight Pass, she said.

An early version of this story included Colleen Schneider among the Alaskans who have participated in The Ultimate Fighter; she is not from Alaska.