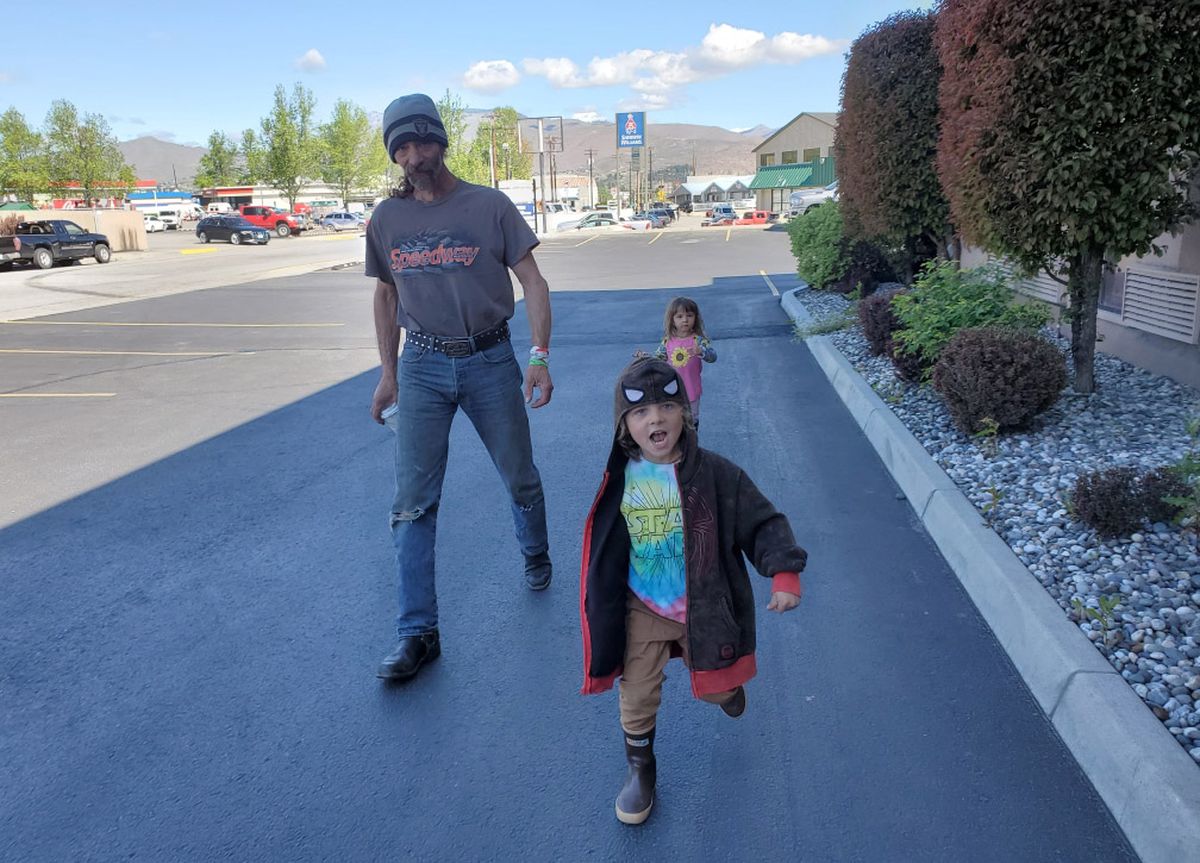 Lance Mackey walked away from a hair-raising crash at a race track Sunday in Wenatchee, Washington — and the car that hit a fence and spins through the air before landing on its side with Mackey inside will be OK too.

Mackey, the four-time Iditarod champion who started racing Legends cars in 2016 as a side gig, is doing well after the wreck at the Wenatchee Valley Super Oval track, race partner Doug Sheldon of Anchorage said Wednesday.

Mackey was competing in the Legends B main and was two or three laps into the 25-lap race when a caution flag was thrown.

“Lance was digging hard, he was very focused on passing cars, and when the yellow flag came out, the driver in front reacted before Lance did. He slowed and Lance clipped him and wrecked,” Sheldon said.

It was a frightful crash. Mackey’s car went airborne on the track’s straightaway and hit a wall and fence separating the oval from the grandstands, with the roof taking the brunt of the impact. The car spun in the air before landing back on the track roof-first before rolling onto its side.

Had it not been for ample video of the crash, the event likely would have been just another footnote in the never-a-dull-moment that is Mackey’s life.

No stranger to adventure or adversity, Mackey is one of Alaska’s most beloved figures, a champion musher whose triumphs and troubles have played out in the public eye — four Iditarod and four Yukon Quest victories, repeated battles with cancer, a snowmachine accident in 2020 that killed his partner, drug abuse that led to his disqualification from the 2020 Iditarod.

Mackey didn’t immediately respond to a Facebook message on Wednesday, but a Go-Pro camera in his car recorded his perspective. Video shot by a spectator in the grandstands showed up-close footage of the car hitting the wall and fence while Sheldon was on the other side of the track recording things on Facebook Live.

“I wasn’t worried about it,” Sheldon said. “My heart wasn’t in my throat. During the live video, you can see how calm I was.”

Legends cars don’t have speedometers, Sheldon said, but at top speed they can go 80 to 90 mph.

“He was on the throttle coming off the corners so he wasn’t at full speed. A total guess, he might have been doing maybe 60-70, in that range,” he said.

Mackey, 50, walked away from the car after first-responders freed him. He was taken to a hospital, where he was released after a few hours of observation and is back in Fairbanks, Sheldon said.

“He had pain in the center of his back, and he thought maybe a bolt in the seat hit him the back. The track had no way of checking that out so they only reason they took him to the hospital was to check his spine,” he said.

Two of Mackey’s children arrived at the quarter-mile track just after the accident happened and they followed the ambulance with their aunt, Sheldon said.

Sheldon, 56, is the owner of Agen’s Automotive in Anchorage and the head of the Below Zero Racing team that includes Mackey. The men met during the 2016 season at Alaska Raceway Park and between them they have eight race cars — six in Alaska, two in the Lower 48.

Mackey was racing in the Legends class last weekend in Wenatchee, which is for scaled-down replicas of old cars. The car was a replica of a 1934 Ford Coupe, and Mackey on Saturday drove it to victory in the B main and went on to place 12th in the A main.

He wound up in Sunday’s B main after a poor qualifying run, which put him last in a pack of 24 cars. He had passed several cars when he crashed.

The trailing arm on the suspension had to be replaced, but other than that, the car will be good to go soon enough. The roof took the brunt of the impact, “so all of the suspension and basically everything else was mostly untouched,” Sheldon said. “There’s possibly a bent axle but minor stuff like that often happens in these races.”

Sheldon and Mackey plan an ambitious race schedule this season, which began late last March with a victory for Mackey at Washington’s Evergreen Speedway.

Sunday’s accident was a speed bump that will slow but not stop the team, Sheldon said: “Our next race is at Alaska Raceway Park on May 15.”