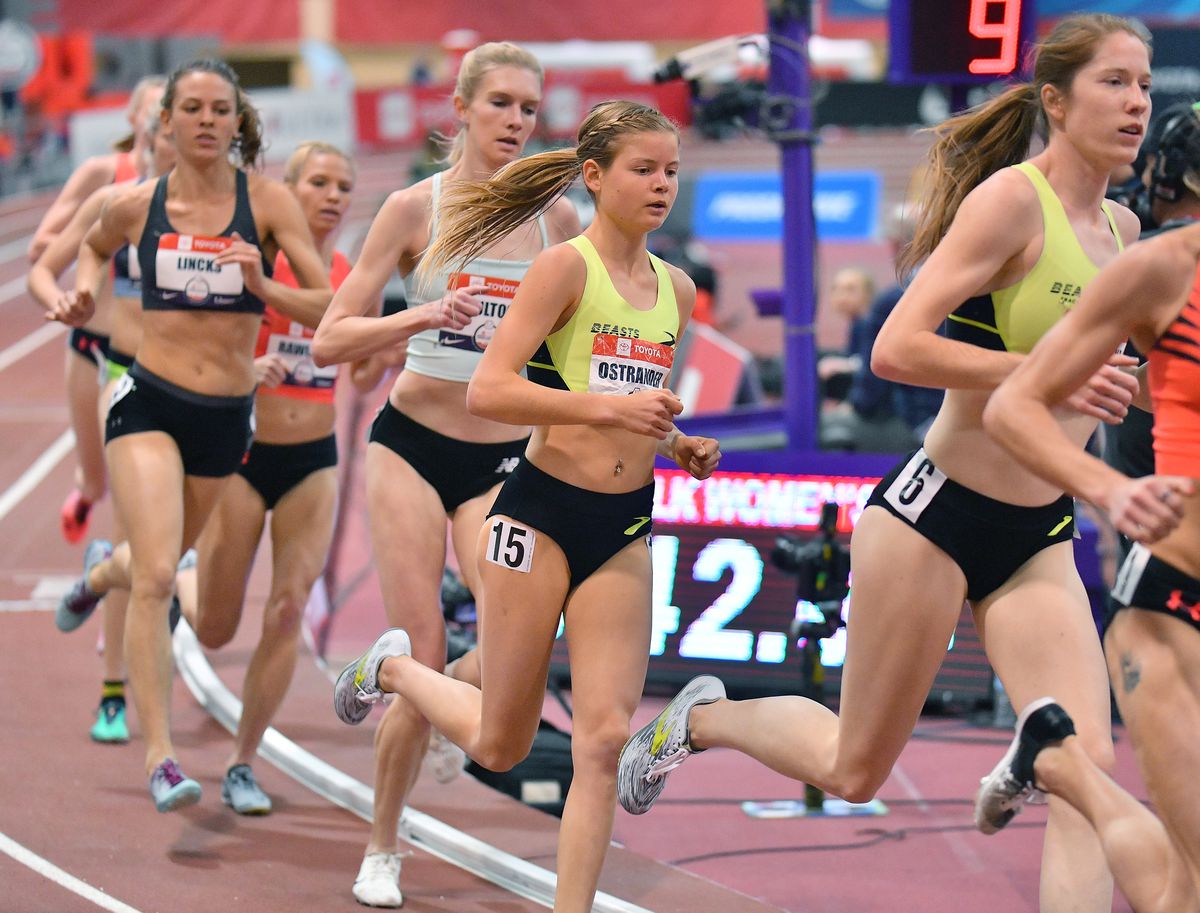 In a nearly 17-minute video posted online Friday, Alaska running star Allie Ostrander said she has spent the last five weeks partially hospitalized for treatment of a long-term eating disorder and is prioritizing treatment over training as the U.S. Olympic trials for track and field approach.

Ostrander, 24, said she entered treatment at the urging of Brooks Running and USA Track and Field.

“It has been really difficult,” she said, “the hardest thing I’ve done in my life, I’d say.”

Ostrander said Brooks, her sponsor since she turned professional in 2019 after winning three NCAA steeplechase championships in three seasons at Boise State, said it would end its sponsorship if she didn’t seek treatment.

She made the announcement on Instagram and YouTube, where she has a combined 60,000 followers and subscribers. She’s active on both platforms, where she often posts humorous accounts of her life as a professional runner.

Friday’s 16-minute, 41-second YouTube video was an emotional combination of confession, apology, promise — and hope that opening up about her continuing recovery will help other people.

“I’m going to continue to show my journey, and the ups and the downs, and what it’s authentically like to try to recover from a long-term eating disorder,” Ostrander said, “because if it can even help one person, that’s worth it to me — because if I had been that one person, my life would be so different.”

[More Alaskans are being diagnosed with eating disorders, but treatment options in state remain scarce]

Her announcement came a week before the start of the June 18-27 Olympic Trials in Eugene, Oregon, where Ostrander is among the top qualifiers in the 3,000-meter women’s steeplechase. Three berths at this year’s Summer Olympic are at stake, and the third one is considered up for grabs among a handful of runners, including Ostrander, who has the sixth-fastest time in the field.

Ostrander, who has been rehabbing from injuries for much of the year, didn’t say if she intends to race. She said she initially delayed treatment for her eating disorder because of the Olympic Trials, but the big meet is no longer her priority.

“I’m not gonna lie, when Brooks told me that I needed to go to treatment or get dropped, I was not happy and I was really apprehensive about sacrificing this season and feeling like I wasn’t prioritizing my training enough,” she said.

“... If they hadn’t forced me to come I never would have, because I’m never gonna think that there’s a good time.

“Maybe this season isn’t gonna be ideal for me and, like, I’m definitely prioritizing treatment as my No. 1 (focus) right now, but I’m hoping that that’s gonna pay off in the long run and it’s gonna give me a lot more seasons than I would’ve had without that.”

One of Alaska’s best runners and favorite athletes — cheers of “Allie O!” have followed her since her days as a six-time Mount Marathon junior champion and record-setting runner at Kenai Central High School — a sometimes-tearful Ostrander apologized, saying she wished she had been a better role model.

“I feel like I’ve just been a terrible example for anyone in the running community that even follows me or has interacted with me,” she said. “... A lot of the things I did around food and exercise were not healthy, and they were not right, and I’m not an example at this point. I’m trying so hard to become one, but I’m not right now.”

In her video, Ostrander said she was hesitant to publicly confess her struggles “because I still, I guess, wasn’t entirely accepting of it myself.”

“But,” she said, “I also was struggling to share this because I feel a lot of shame ... just because I couldn’t do this on my own, and that’s upsetting to me because there are so many areas of my life where I feel really capable and then there’s this super-basic human function — like, literally everyone has to do it just to stay alive — and that’s eating, and I can’t even do that properly, and I am so frustrated with myself for that and feel so ashamed that, like, I need to be in this center 10 hours a day to make sure that I can eat enough.”

Rarely do such admissions come from elite athletes while their careers are still in full swing. In 2019, Olympic gold-medal skier Jessie Diggins — who this season captured the World Cup overall title — told the story of her eating disorder after she had gone through treatment.

Comments of support for Ostrander poured in on social media.

“Allie, we are all rooting for you,” wrote Kara Goucher, a retired distance runner who won a silver medal at the 2007 World Championships. “You got one thing wrong — you absolutely are a role model. Not many people can be vulnerable and open in the hardest challenge of their life. Role model material right there. Lots of hugs your way.”

Two years ago in an Instagram post that went viral, Ostrander criticized the media for body-focused comments in coverage of women’s sports.

“This year, the commentators found it necessary to state (incorrectly I might add) my height and weight multiple times,” she wrote of ESPN’s coverage of the 2019 NCAA Championships. “Not only were these comments objectifying and unnecessary, they drew attention away from the real focus of the event.

“... In a sport where eating disorders and body dysmorphia are so common, the media has an opportunity to help women (and men!) feel capable, powerful, and worthy, but by focusing on appearance and body proportions, this opportunity is missed.”

Now, Ostrander says she feels she has contributed to “the toxic culture of an obsession with leanness and thinness and body size and appearance over ability.”

“I am just so frustrated with myself because I want to be a good example and I don’t want the next generation to feel the way that I feel and I don’t want people to have the same issues,” she said, “but I’m contributing to a culture that created this problem for me, and that is the worst thing about this, because I don’t want this for anyone, and I’m part of the problem.”

Ostrander fills her social media accounts with funny, playful videos and photos, including some about cooking — one of her passions. In Friday’s video, she promised to share an honest and frank account of her recovery.

“I really want to be the example that I needed when I was younger,” she said. “Maybe if I had seen this story when I was 12 or 11 when all this was starting, maybe it would have kept me from being in the position that I’m in today.”