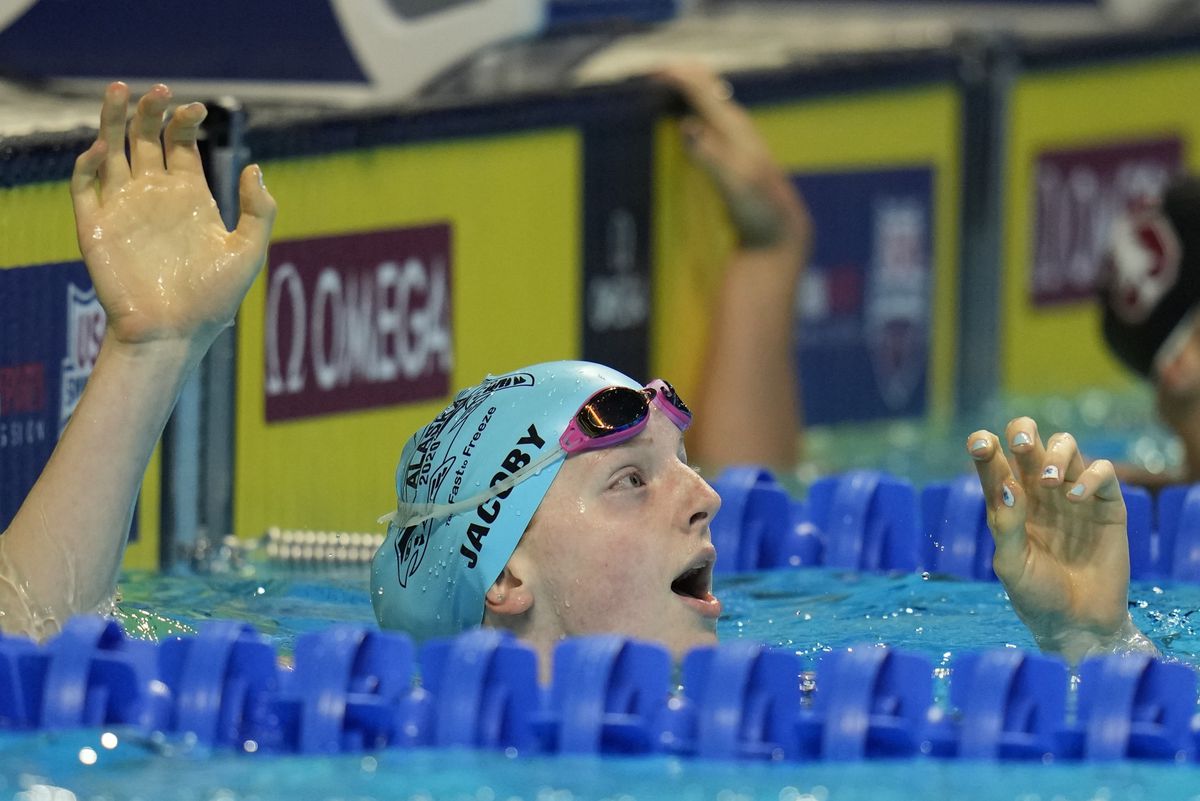 Seventeen-year-old Lydia Jacoby of Seward of set a national age-group record Monday and will try to win a spot on the Olympic team Tuesday at the U.S. Olympic Trials for swimming in Omaha, Nebraska.

Jacoby won her semifinal heat with a scorching time Monday to advance to the eight-woman finals of the 100-meter breaststroke.

She finished in 1 minute, 5.71 seconds, the fourth-fastest time in the world this season.

The real test comes Tuesday when she swims in the eight-woman finals at the CHI Health Center in Omaha.

The top two swimmers will earn spots on the American team that will compete in the Summer Olympics, which begin July 23 in Tokyo.

And while Jacoby’s semifinal time ranks fourth in the world, the women who own the No. 1 and No. 2 times will be in the finals too.

[With a new PR that puts her among the world leaders, Lydia Jacoby inserts herself into the Olympic conversation]

Jacoby, a member of Seward’s Tsunami Swim Club, advanced to the 16-swimmer semifinals by turning in the fourth-fastest qualifying time in Monday’s preliminary (1:06.40, just shy of a personal-best).

She went on to win a close semifinal race.

She trailed Bethany Galat, who ranked third after the preliminaries, by more than a half-second at the turn. She blazed through the second half to win by .25 of a second.

The final is the fifth race in Tuesday’s evening session, which begins at 4 p.m. Alaska time.