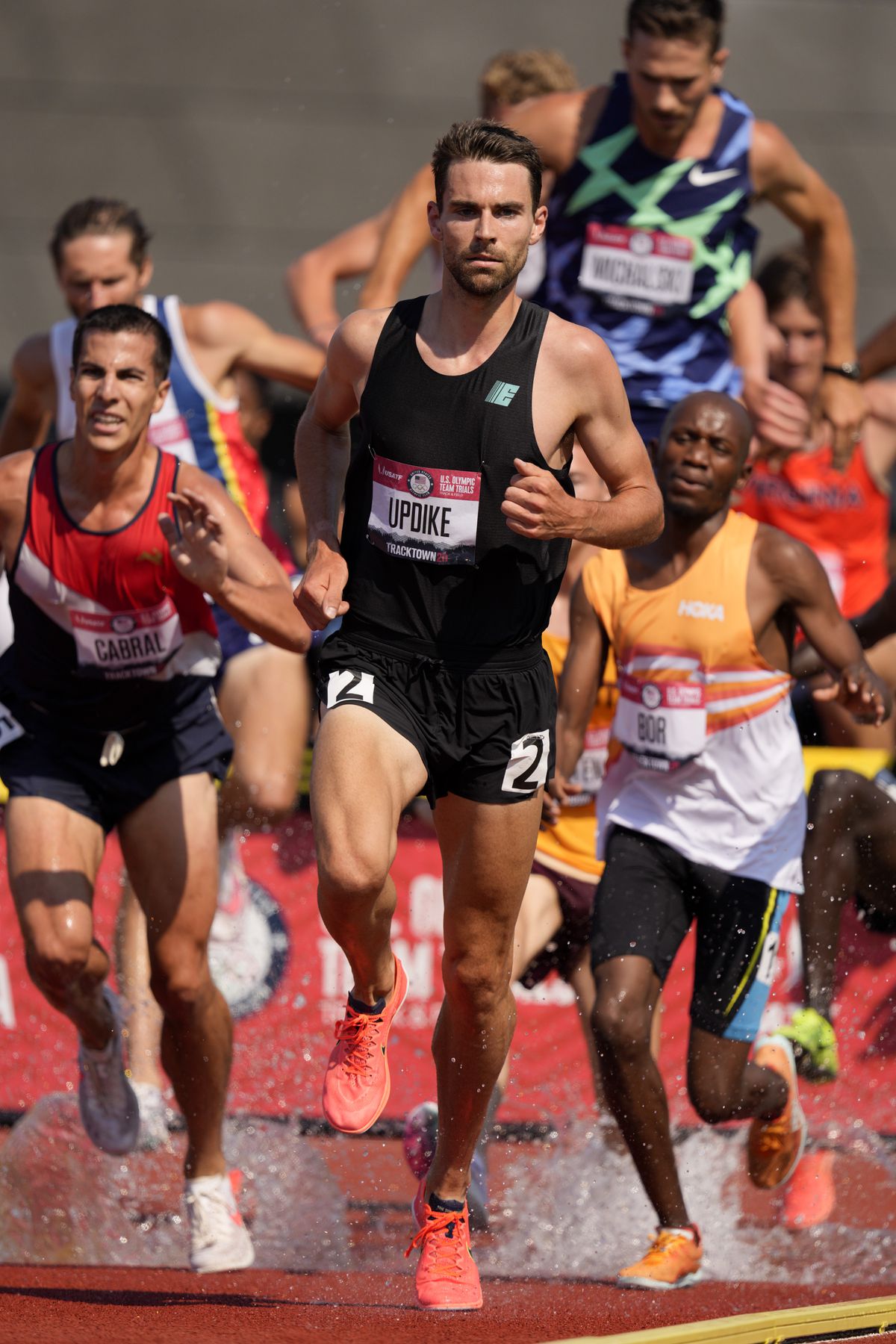 Ketchikan’s Isaac Updike walked onto the Hayward Field track wearing an ice vest in an effort to keep cool in 90-degree temperatures before his steeplechase race Monday afternoon at the U.S. Olympic Trials for track and field.

He beat the heat well enough to win his heat on a scorching day in Eugene, Oregon.

Updike, 29, led for nearly the entire 3,000 meters to win with an impressive time of 8 minutes, 21.01 seconds. Hillary Bor, who ran right behind Updike for the second half of the race and led briefly in the final lap, finished second in 8:21.09.

The two men were so comfortably in the lead that with about 10 or 15 meters to go, Updike reached over to give Bor a fist-bump.

Updike’s time was well off the personal-best 8:17.74 he recorded earlier this year, but it was solid given the conditions. According to NBC, which prior to the race showed a thermometer measuring 93 degrees, the track-side temperature was 120 degrees.

Updike set the pace in his heat, which proved much faster than the second heat, won by Benard Keter in 8:29:04. The top five finishers in each heat plus the runners with the next four-fastest times advance to Friday’s finals, and all four of the final qualifiers came from Updike’s heat.

As he did in April when running his PR, Updike’s final lap was his fastest of the 7.5-lap race. He recorded negative splits in each of his final six laps, including a finishing burst of 1:03.17.

Alaska will have finalists in both the men’s and women’s steeplechase races. Allie Ostrander of Kenai will race in Thursday’s women’s final thanks to a sixth-place finish in her heat Sunday.

The finals will determine the three men and three women who will race for the United States at the upcoming Summer Olympics in Tokyo.

Updike runs for the Empire Elite Track Club in New York. He’s essentially a self-made runner, becoming an NAIA steeplechase champion after picking up the event at Eastern Oregon and continuing even though no pro contacts followed after he graduated.

[No shoe contact? No problem for Ketchikan runner Isaac Updike]

He lost his main sponsor, Hoka One, earlier this month and recently said he wasn’t going to stress out about the lack of a major sponsor. A new sponsorship could come with an obligation to use different brands of shoes or spikes, and he didn’t want to make a big change like that so close to the Trials.

“I haven’t actively gone out (looking for a sponsor),” Updike said earlier this month. “Don’t try to fix something that’s not broken. That’s my mentality at this point.”