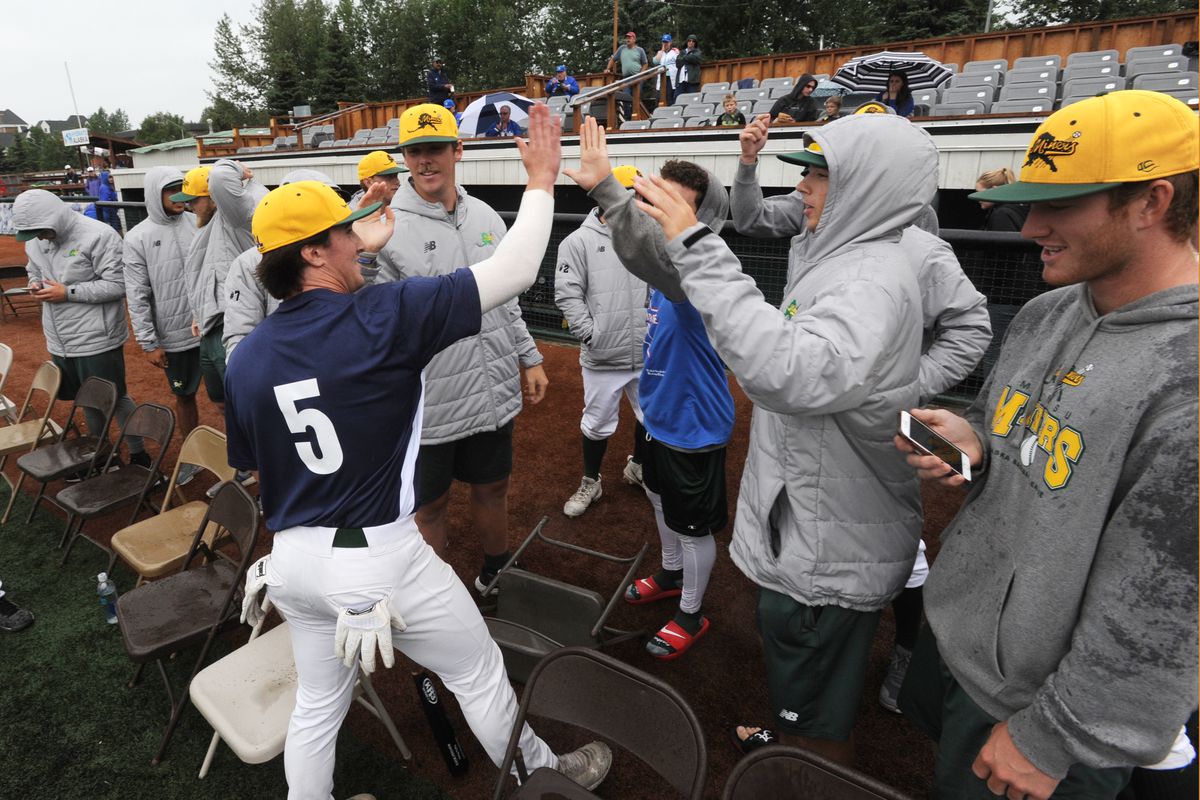 No gatherings of more than 20 people? Strike one.

Fourteen-day quarantine requirement for everyone coming to Alaska? Strike two.

Reliance on sponsors who are struggling to keep employees on the payroll and themselves in business? Strike three.

And that could be the ballgame for Alaska’s summer baseball teams, which for 60 years have brought top college players north for a two-month season.

The Pilots and three other Alaska Baseball League teams -- the Anchorage Bucs, the Mat-Su Miners and the Chugiak Chinooks -- will decide Friday whether to field teams this summer despite the COVID-19 pandemic that has killed more than 60,000 Americans.

On Wednesday night, the Fairbanks Goldpanners -- a founding member of the ABL that has played an independent schedule in recent years -- canceled their season. In March, the Peninsula Oilers of the ABL canceled theirs.

The Goldpanners’ board of directors stopped short of canceling the annual Midnight Sun Game, one of Alaska’s most iconic events -- a nine-inning game starting at 10:30 p.m. on the summer solstice and played without artificial lights.

“That’s still something we’re going to try to pull together,” said Goldpanners general manager John Lohrke, a board member for 15 years.

[Alaska baseball teams want to play ball, but may not be able to]

The Midnight Sun Game dates back to 1906 and is considered one of baseball’s bucket-list events. If the game happens this year, it will be the first since 1959 without the Goldpanners occupying the home dugout at Growden Memorial Field.

Lohrke said the team’s board of directors “overwhelmingly” chose to cancel the season, which would have started in early June.

“It’s a decision that was pretty much forced on us,” he said, citing state mandates that limit gatherings to 20 people and require anyone entering Alaska to quarantine for 14 days.

The latter of those mandates would require players from the Lower 48 to quarantine for two weeks before they could go to the ballpark and meet their new coaches and teammates.

“Businesses have their own problems,” he said. "To ask them now to give a level of support that would be close to previous years? ... It just feels selfish.

"I would be told, and quite understandably, ‘Get your sense of priorities straight. We’re trying to keep our businesses open.’ ''

Hinshaw, the Glacier Pilots general manager, said he hasn’t approached sponsors since the pandemic hit. He said he reached out to sponsors earlier than usual during the offseason, “but since this broke out, I (haven’t) followed up with anyone.”

“I would be too embarrassed to do that,” he said. “I have a little too much Glacier Pilot pride to do that.”

Another factor adding to a challenging year: Host-family programs, in which families volunteer to let one or more players live with them for the summer. Those players typically have close interactions with dozens of people every day before returning to their host family every night.

“My wife Rhonda does the housing for us, and she was hesitant to contact any of them because it felt too intrusive,” Lohrke said.

Hinshaw worries about the need to clean and sanitize Anchorage’s Mulcahy Stadium every night after a game. Bleachers, hand railings, bathrooms, concession stands, fences -- all are places where the new coronavirus could linger and be transferred.

“Who’s going to clean the park?” he said.

He’s also concerned about the six-foot social distancing recommendation, which renders many team sports improbable. Besides players clustered in dugouts and bullpens, there is close contact at home plate between batter, catcher and umpire and on the bases between fielders, runners, base coaches and umpires.

Hinshaw and the general managers of the Bucs, Miners and Chinooks will decide the fate of the 2020 season Friday in a phone call, Hinshaw said.