An unlikely journey lands an Anchorage player amid basketball champions 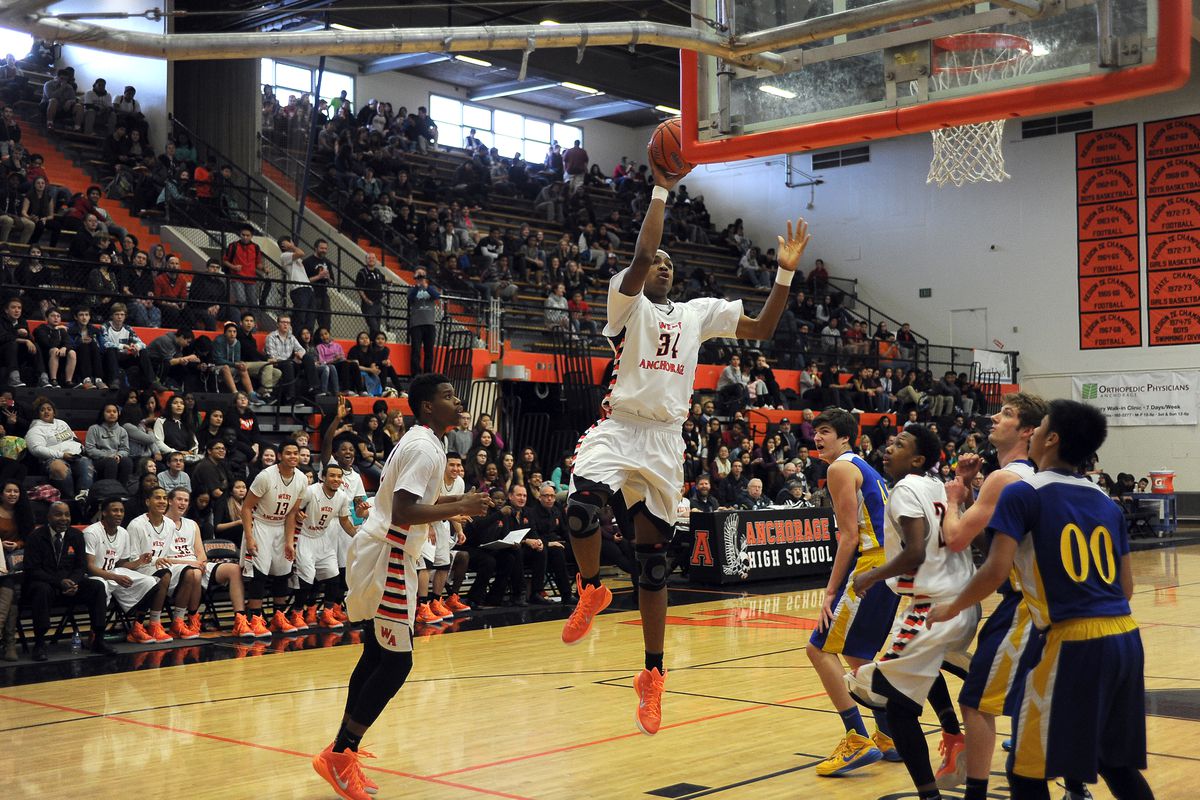 It's no secret Alaska prep athletes often have a harder time getting noticed than their Lower 48 counterparts.

That's why former West High basketball standout Brandon Huffman made the tough decision in 2015 to finish his prep basketball career at Word of God Academy in Raleigh, North Carolina — a more than 4,000-mile drive from Anchorage.

His decision paid off big time.

Despite not playing basketball until seventh grade, the 6-foot-10 center will don the Carolina blue and white next season as a member of the defending NCAA champion North Carolina Tar Heels.

"I think him leaving was able to give him some growth because he was able to play against people his size and he was able to be pushed a little bit more," said Antonio Wyche, Huffman's coach at West. "Up here, it's hard — he (was) the only 6-10 person.

Wyche said Huffman is a fun, goofy guy off the court, but all business on it.

An electric player, Huffman is known for throwing down devastating dunks. A YouTube search reveals several videos of Huffman getting an edge in the paint and finishing with a big slam.

But Huffman, who declined an interview, didn't always dominate on the court.

Always a big kid, Huffman started playing basketball in middle school after getting too big and too old for youth football, said his father, Byron Huffman.

"He was not a skilled player when he started out, but all the coaches recognized the potential in him," Byron said.

In addition to Wyche, former East High stud Muff Butler noticed Huffman had the potential to turn into a force. Butler asked to train Huffman 1-on-1.

"… Brandon would ride his bicycle over (to the Southside Alaska Club) and he and Muff would meet up and train," Byron said.

In 2015, Huffman helped lead the Eagles to a state title in a game West battled back from a double-digit deficit at halftime to win in overtime over East, 77-73.

"Every time they were down court on offense, they were calling Brandon's name because he was getting the offensive rebounds, putting them back, scoring points," Byron said. "Between him and Da'Zhon (Wyche), they fought and got them back in the game."

It was redemption for Huffman, who missed the 2014 championship game with a leg injury. The Eagles lost to Service 49-47.

After winning the state championship, Huffman told his parents if he really wanted to get better, he had to go Outside to play.

"He went out and found the coach, sent the coach video," Byron said. "He said, 'I can either be comfortable, or I can get better.' "

After visiting Word of God Academy, the Huffmans decided to send Brandon there. Since he was going from a public school to a private school in another state, Huffman was able to reclassify as a junior and play two seasons for the Holy Rams, Byron said.

Before leaving Alaska, Huffman had only a couple of scholarship offers from mid-major programs, but at Word of God, the scholarships started rolling in.

By the time UNC offered Huffman a scholarship, 47 schools had already extended offers, Byron said. In September, he decided to commit early to the Tar Heels.

Huffman isn't the only recent Alaska basketball player to finish his prep career in the Lower 48. West's Devon Bookert spent one season at a prep school in Las Vegas before playing four seasons at Florida Sate. The 6-3 guard finished his career in 2016.

Most recently, rising senior Kamaka Hepa of Barrow is finishing his career at Jefferson High in Portland, Oregon.