Spackman out as Chugiak football coach, Harmon in at South 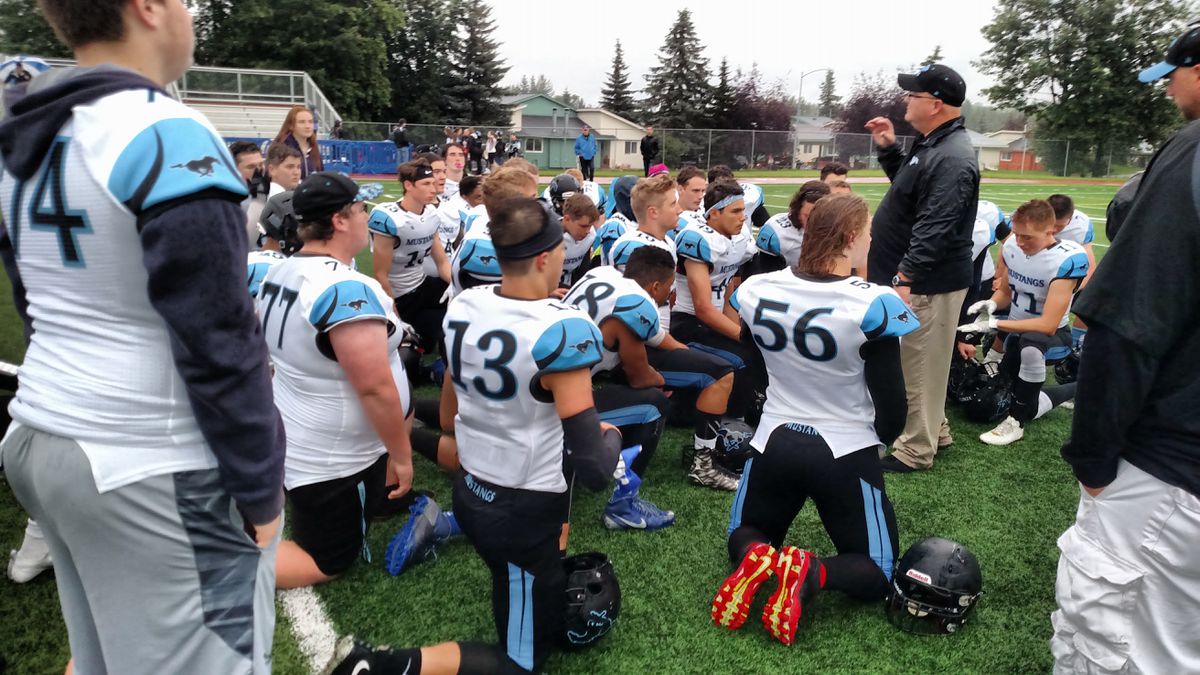 The football coach merry-go-round continues to whirl in Anchorage, where the Chugiak Mustangs are looking for a new head coach, and the South Wolverines have found one.

Roger Spackman is out at Chugiak, and Walter Harmon is in at South.

Spackman, who earlier this year guided Chugiak to the Railbelt Conference title and a semifinal appearance in the state playoffs, is the third Anchorage coach to step down, joining South's John Lewis and Dimond's Nick Winkler.

Spackman resigned after four years as head coach but said he isn't leaving the program.

"I really want to still coach," he said. "I'm not going to step away from the program, I'm just going to change my duties."

A science and PE teacher at Chugiak, Spackman said he grew weary of the many duties required of a head coach.

"I just got to a point where I didn't want to deal with all the things a head coach has to deal with," he said "I'd much rather just step back and let somebody who is younger step in and go crazy. That's the main thing. I'm not really ready to retire or anything, it's just a deal where I've been a head coach a long time."

He said he hopes Ryan Landers, who served as his offensive coordinator, becomes Chugiak's next head coach.

At South High, Harmon will ascend to the head coaching spot after several years as an assistant coach for the Wolverines. He replaces Lewis, who led South to three state championships in 14 seasons and was the only head coach in school history until now.

South principal Wendy Pondolfino said Harmon isn't a teacher at the school but is a longtime member of the coaching staff. He's a Dimond High graduate who enjoyed considerable success as a Pop Warner youth coach.

He's also a bit of a comedian, as he demonstrated in a Facebook post after his hiring last week.

"I'm excited for us all and look forward to building on the foundation that John Lewis started 14 years ago," he wrote.

Then he answered a few questions that allowed him to poke fun at West coach Tim Davis, known for his natty attire, and Bartlett coach John Jessen, known for his sometimes-colorful attire:

2) No, I will not wear a top coat like Coach Tim Davis.

2a) Although I may consider Coach John Jessen pants.

3) No, I cannot get you free tickets to games.

4) Yes, I will bring my brand of silly to the field every day.