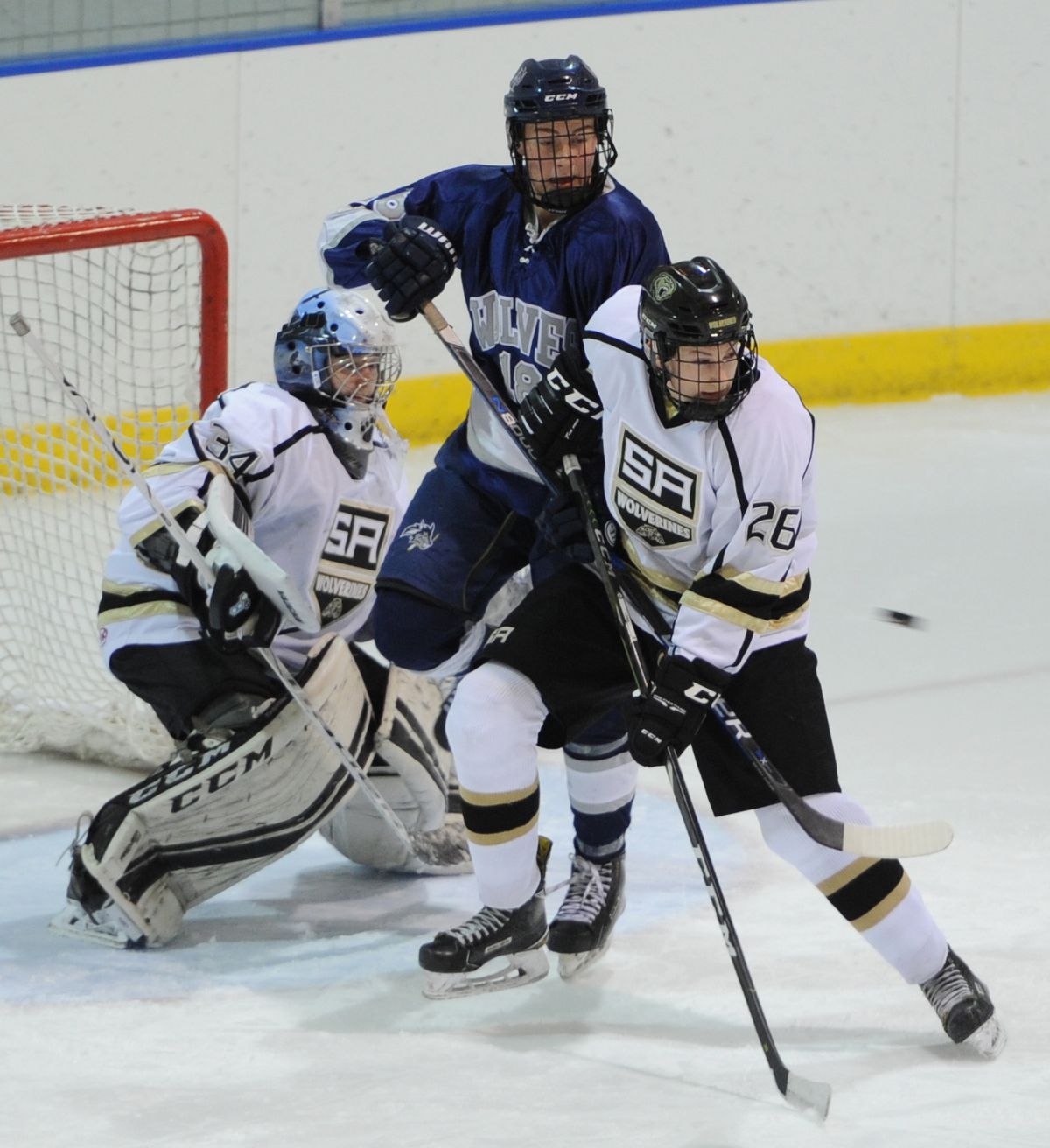 Hannah Hogenson’s selection to a USA Hockey team means more than a chance to represent her country at a world championship hockey tournament next month in Japan.

It means she gets to play on an all-girls team, something she rarely does.

Hogenson, a 17-year-old goaltender for the South High boys team and the Alaska Oilers Tier II boys team, was one of three goalies named last week to the Under-18 women’s national team.

One of 23 players on the roster, Hogenson will head to Japan for the Jan. 6-13 tournament in Obihiro, where the Americans will be chasing a fifth straight gold medal.

“The idea of going all the way over to Japan is just crazy to think about,” Hogenson said. “I’m more excited about the experience than anything.”

Although this is her first time on a national team, Hogenson has been going places thanks to hockey for a few years now.

She has attended USA hockey goalie camps the last two summers, which put her on the radar of USA Hockey coaches.

More recently, and much to her surprise, she was invited to attend a tuneup camp for the U.S women’s team leading up to last month’s Four Nations Cup in Canada.

Hogenson was one of a handful of U-18 players invited to the camp to help fill in for national-team members who couldn’t make the camp because of college commitments. The camp was in Chicago, where the team trained on the Chicago Blackhawks’ practice rink at the MB Ice Arena.

“It was a great experience getting to meet all the Olympic and college players,” Hogenson said. “It’s so different than watching the Olympics on TV. … You’re not only meeting them and out on the ice practicing with them, you’re eating with them throughout the camp and getting to see that they’re regular people too.”

A couple of the U-18 players who were also at the Chicago camp will join Hogenson in Japan. She said she knows others on the team from previous USA Hockey camps and tournament, including a couple who also play on boys teams.

Usually, though, Hogenson is the only girl when she travels to tournaments with her Alaska Oilers U-18 boys team.

“I’ve always been on teams with a bunch of great guys that treat me like brothers, basically, on and off the ice,” she said. “Depending on where we’re playing, there’s been some times when I’m getting dressed in the bathroom or a closet, and that’s a little different.”

Her boys coaches have been both accommodating and encouraging, she said. People like Dave Ruiz, Mike Strand and Marten Martensen challenged her as a youth hockey player, Steve Belde made her feel welcomed on the South High boys team, and Merit Waldrop did the same with the Alaska Oilers, she said.

“The coaches I’ve had over the years have really helped push me to the next level,” Hogenson said. “They gave me opportunities to play on the boys teams that helped elevate my play, and my teammates have been so accepting.”

It helps that Hogenson is a solid contributor.

A CIC all-conference pick as a freshman, Hogenson has five victories in six starts as a junior this season at South High, which is 6-2 in the CIC and 9-2 overall going into a Thursday night game. Her .830 goals-against-average ranks fourth in the CIC and first among South goalies, according to the conference website.

Hogenson came to hockey through soccer. She was 7 or 8 years old and playing on a team coached by Brian Gross, who also coaches hockey.

“Most of the girls were playing hockey for him on a house team, and he asked if I wanted to play,” she said. “I had never skated before and I said sure.

“We didn’t really have a goalie that season, so we were rotating girls and when I rotated in it kind of stuck.”

Ever since, she said, she has never had the desire to shed the goalie gear and skate as a forward or defenseman.

“Lots of people say goalies are a little different, because you’re wanting to be standing there getting hit by pucks,” Hogenson said. “You can be a game-changer, for sure. When I play pond hockey sometimes I skate, but the net is where I’m happy.”