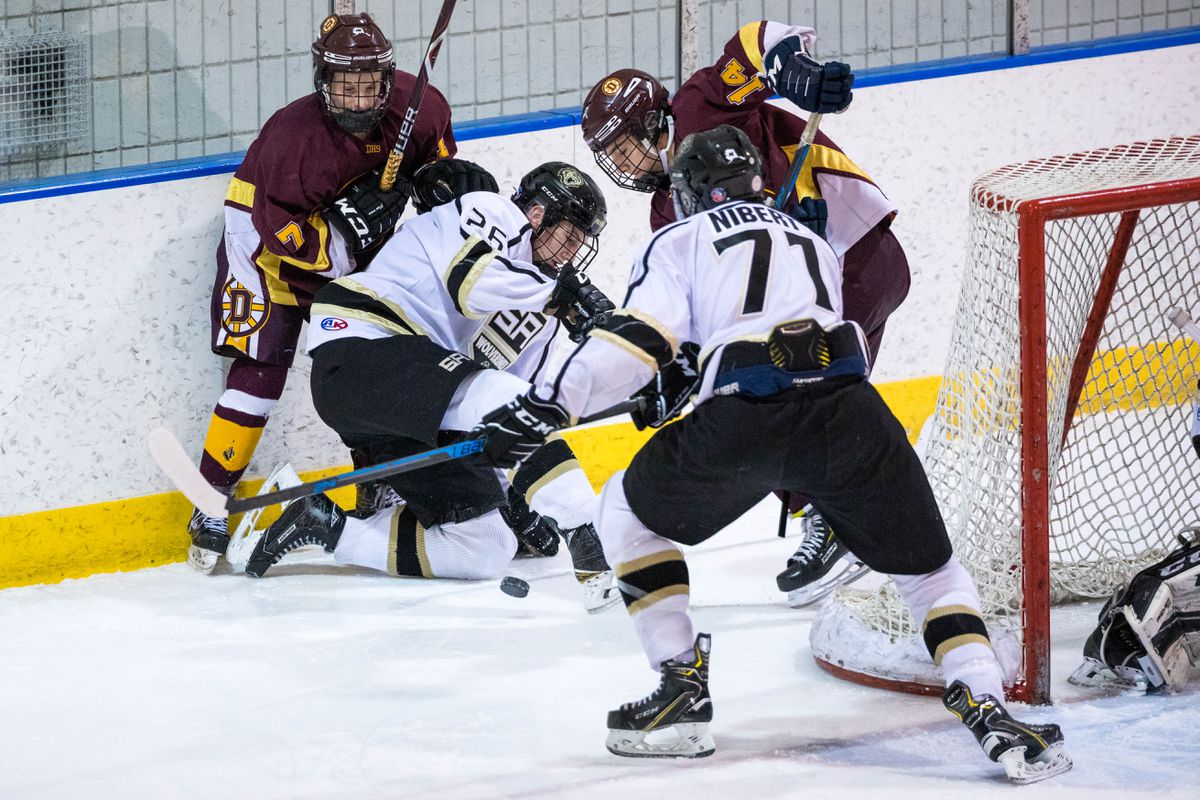 The first game of the Division I state hockey tournament will be a replay of last year’s state championship game.

Dimond and West will meet at noon Thursday at the Menard Center in Wasilla, where a state champion will be crowned Saturday.

Dimond captured last year’s title by beating West 4-2. Dimond is the second-seeded team in the eight-team tournament and West is seeded seventh.

The South Wolverines, who beat Dimond 3-0 in the CIC title game, are the top seeds in the tournament. They’ll take on Palmer, the surprise winner of last week’s Division II state tournament, at 5 p.m.

The Moose pulled off back-to-back overtime upsets — 4-3 over Soldotna in the semifinals and 6-5 over Homer in the championship — to earn a bid in the Division I tournament.

The rest of the field is made up of Division I teams — five from the Cook Inlet Conference and two from the Mid-Alaska conference.

The tournament wraps up Saturday with a 5 p.m. championship game.