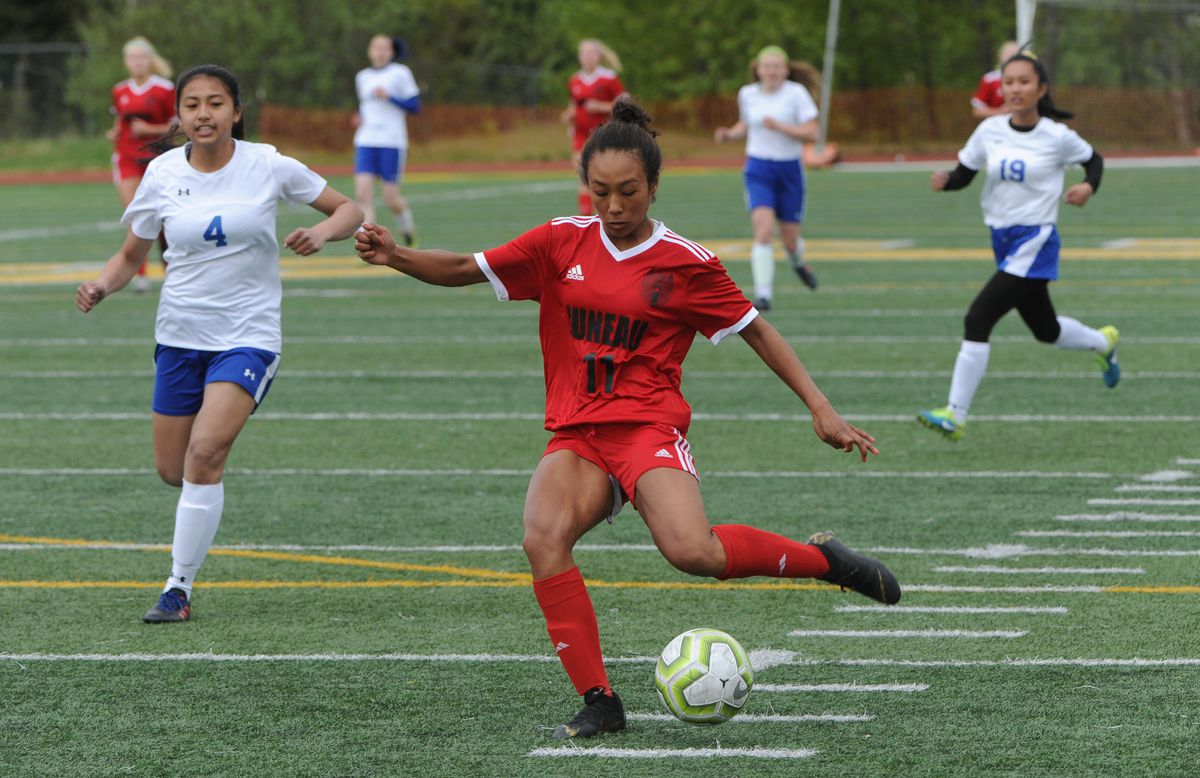 Fueled by Division II points-leader Malia Miller, the defending champion Juneau-Douglas girls soccer team breezed past the Kodiak Bears 6-0 in the first round of the state tournament Thursday.

Miller, who scored two goals and recorded an assist, triggered the Juneau onslaught by scoring two minutes into the match at Service High.

The top-seeded Crimson Bears moved to 17-1, while Miller pushed her 18-match points total to 93.

Juneau coach Matt Dusenberry called for his team to ease up in the second half, but Kodiak (3-3-4) couldn’t capitalize. Juneau scored two more goals at the hands of freshman Blake Plummer in the 43rd minute and sophomore Taylor Bentley in the 60th minute to breeze into Friday’s semifinals.

The win puts Juneau in a Friday semifinal match against Kenai Central, a 3-2 winner over North Pole. Second-seeded Soldotna, which blanked Palmer 4-0, will meet Thunder Mountain in the other semifinal. Thunder Mountain held off Homer 1-0.

This is the second year of the Division II state tournament, and it’s grown from six to eight teams. A year ago the Crimson Bears received a first-round bye, but Dusenberry said he was glad this year’s team had to play its way into the semifinals.