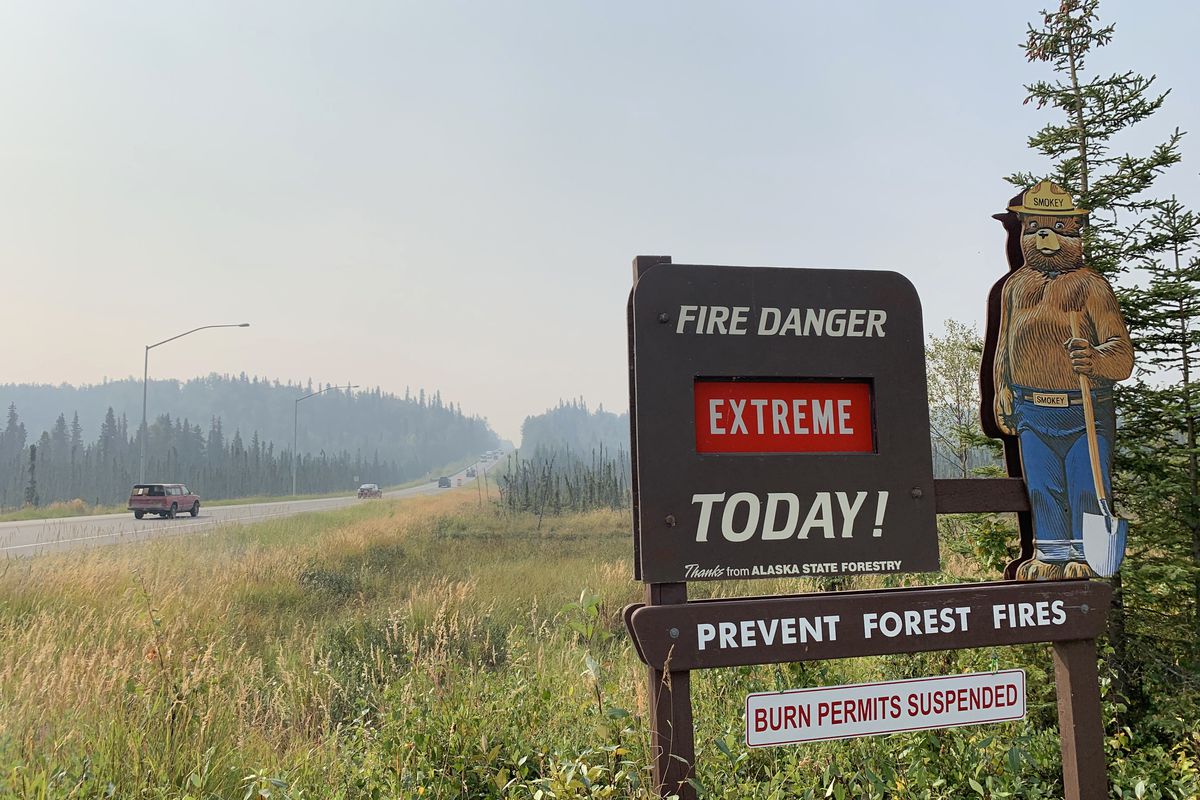 A busy sports weekend on the Kenai Peninsula has been derailed by smoke from the Swan Lake wildfire.

Two big races scheduled for Saturday have been called off — the Lost Lake Run in Seward, a popular trail run, and the Tsalteshi Invitational in Soldotna, one of the season’s biggest high school cross-country meets.

“Due to the unpredictable nature of multiple wildfires and concerns about air quality, all school district OUTDOOR athletic activities are cancelled throughout the Kenai Peninsula until further notice,” the district said in a written announcement. “Additionally, effective August 21, 2019, at 8:00 PM, all activity travel between Sterling and Cooper Landing is prohibited until further notice due to air quality, visibility, emergency vehicles on the road, and the unpredictable waits and closures that are needed for safety and firefighting personnel in the area.”

Kenai Central was scheduled to host Eielson on Saturday afternoon and Soldotna and Homer were scheduled to play Friday night road games at West Valley and Redington, respectively.

A school district spokeswoman said Soldotna looked into flying to Fairbanks, but the price was too high.

No other football games are expected to be canceled. Friday’s game at Houston High between Houston and Eagle River, in doubt earlier in the week because of smoke from wildfires north of Houston, will go on as planned, according to the host school.

Chances are slim the games will be rescheduled; Alaska’s football season is short, and few teams have open weekends between now and the start of the playoffs Oct. 11-12.

“Zero percent chance,” Homer athletic director Chris Perk said when asked if the Redington game could be played another time.

Filling the void for at least some cross-country teams is Chugiak High, which Thursday said it will host the Mustang Smokin’ Stampede on Saturday at the Beach Lake Trails.

Chugiak coach Melissa Hall said invitations have gone out to Seward and all of the Anchorage and Valley schools “but really anyone who wants in is welcome,” she said by text.

“We’re going to make the course as flat as we can for the Beach Lake Trails so it will be FAST.”