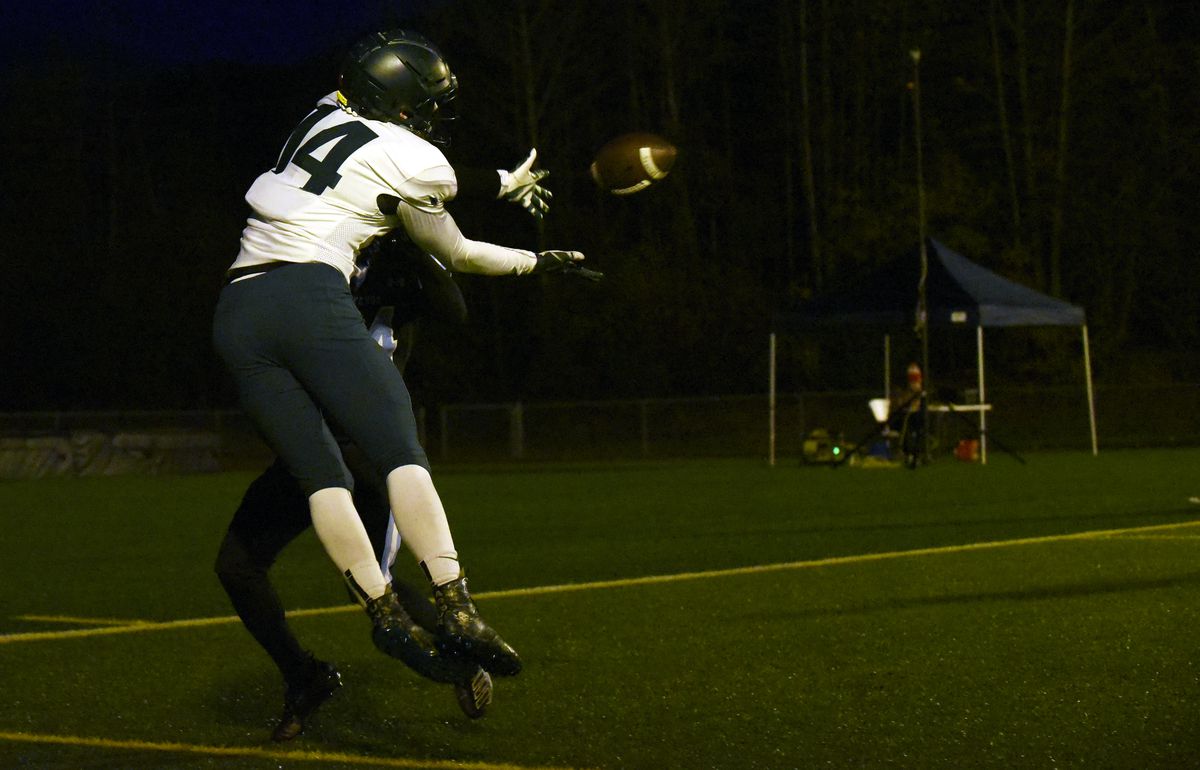 Service did all its talking on the field Friday night as the Cougars scored a second-half TKO over Chugiak in the opening round of the ASAA/First National Bank Alaska Division I Football Playoffs at Tom Huffer Sr. Stadium in Chugiak.

“I don’t have words,” said Cougars wide receiver Henry Helgeson, who caught six passes for an electric 74 yards and three touchdowns in his team’s 42-7 victory.

Service running back Ryan Williams echoed that sentiment after his two-touchdown, 187-yard performance.

“I don’t know what to say,” Williams said.

It’s not that the Cougars weren’t excited about moving on in the state playoffs — it’s that they don’t plan on stopping.

Service (7-2) got a smothering effort from its defense and huge day from quarterback Jacob Scott, who threw four touchdown passes to lead the No. 3 seed from the Cook Inlet Conference past the No. 2 seed out of the Chugach.

“It feels so awesome,” said Helgeson, the CIC’s Offensive Player of the Year.

Williams got the Cougars on the board first, taking an inside handoff and cutting back through a massive hole in the line of scrimmage, then taking advantage of a good downfield block to race to paydirt midway through the second quarter.

Scott used a magic act to set up Service’s second score, spinning to escape Kody Carlson before hitting Ethan Harrison for a 16-yard stroke on fourth-and-15. Two plays later Scott hit Helgeson in the back of the end zone to make it 14-0 with 9:45 still to play in the second quarter.

Chugiak (6-3) cut the lead to 14-7 — and almost got closer — before halftime after Jacob Oshesky picked off Damian Johnson deep in Service territory to set the Mustangs up at the Service 12. Quarterback Quentin Wilson cashed in with a 1-yard score, and after the teams traded punts, a LeTrevyon Sanchez-Dickerson fumble gave Chugiak the ball in the Service end with 1:10 remaining in the half. But time ran out on the Mustangs, who got as close as the Service 3-yard line before their drive stalled out with a fumbled snap.

Landers took his hat off to the Cougars, who held his team to 132 yards of total offense.

Scott and Helgeson teamed up for more brilliance on Service’s next score, a gut-punch from which Chugiak never recovered. Facing another dire situation — fourth-and-six — the Service quarterback again evaded the defense and found his star receiver for a 9-yard gain, and two plays later the duo hooked up for 17-yard score that sent the Mustangs’ shoulders slumping.

After a Chugiak three-and-out, Sanchez-Dickerson made up for his fumble — and then some — when he took a Scott pass and raced past the Mustangs’ secondary for a 40-yard score that felt like a knockout blow.

A desperate Chugiak fumbled two plays into its next drive, and Service needed just over a minute to put the Mustangs on the canvas yet again, this time with a 35-yard connection from Scott to Helgeson.

Williams closed out the night just as he started it — with a touchdown run, this time a 23-yarder — to give Service its final margin of victory.

Service will play the winner of Saturday’s Colony vs. East game in the semifinals.