After a long day of 4A state volleyball, South and Dimond remain unbeaten 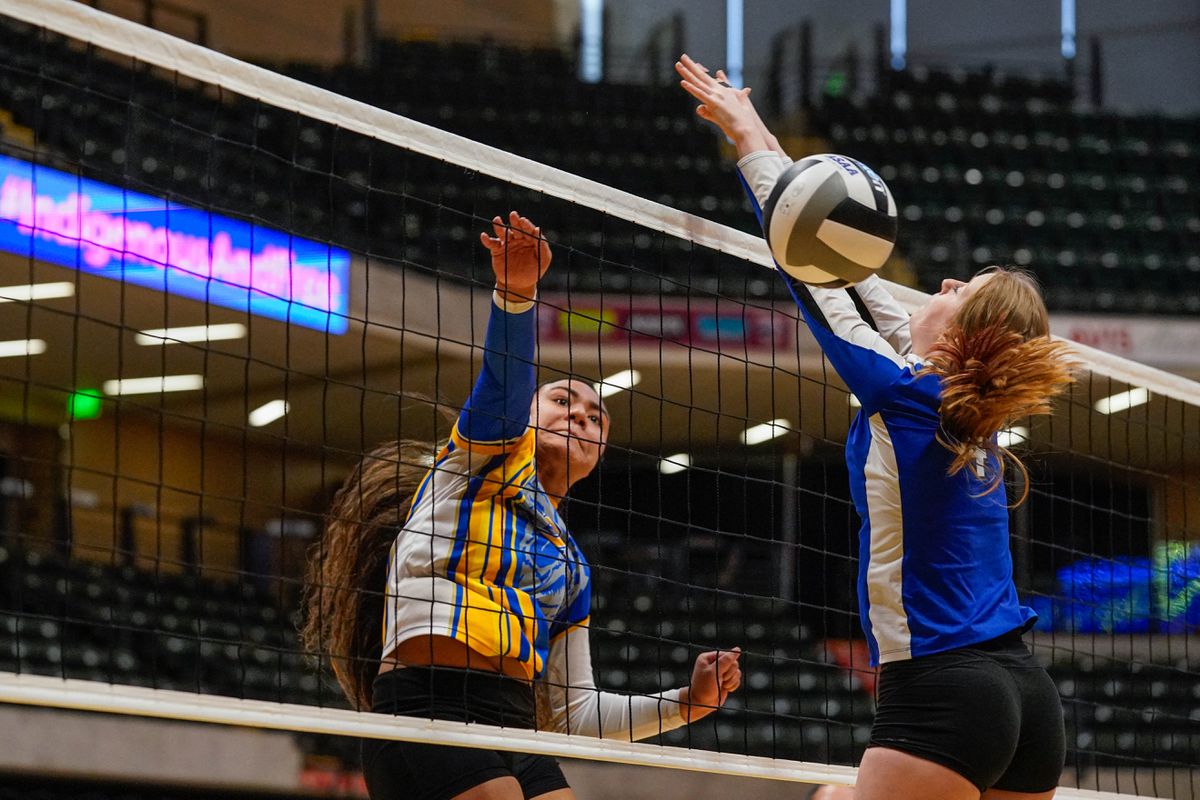 The win means the Wolverines, who play again 5:15 p.m. Friday, need two consecutive victories to claim their seventh crown and their first since 2014.

“And despite who we face, we know it will be great competition,” Besch said.

As it turns out, South will face an adversary it knows well. Four-time defending state champion Dimond defeated Wasilla in three sets in Thursday’s final match, setting up a showdown between the two CIC teams that have won every Class 4A state title since 2005. On six occasions since 2005, the championship match has pitted South against Dimond.

The Wolverines didn’t stick around to watch the Dimond-Wasilla match. “We’re going home and will get our bodies rested,” Houser said. “We’ll enter the (rest of the tournament) with confidence.”

Earlier in the day, South, Bartlett, Wasilla and Dimond all breezed though the double-elimination tournament’s opening round with three-set victories.

Thursday marked the sixth time in the eight years since the double-elimination format was introduced that South was still in the winners bracket after Day 1. The Wolverines lost in the second round last season and failed to make the tournament field in 2017.

“Obviously, if we were to lose earlier on we’d have to play a lot more matches to get back to the top,” Besch said. “Now, we know we have the determination to push and go and go and go until the end.”

Bartlett, playing in the state tournament for the third time (2019, 2017, 2016) since the arrival of double elimination in 2012, more than held its own against the South. No surprise there — the Golden Bears beat the Wolverines in five sets at South on Sept. 10. The Wolverines won the Oct. 18 regular-season rematch in five sets.

“Tonight, I saw a lot of grit and we didn’t play flat,” said Bartlett coach Situfu Misi. “From here on out, we just have to come and get it.”

After winning the first set 25-17, South opened up leads of 7-4 and 12-5 in the second set, with Besch serving six straight points at one stretch. South won the set when Sarina Gribbin smoked a shot off a Bartlett defender.

Bartlett junior Judith Utuga asserted herself well in her team’s third-set victory by compiling five of her team-high 15 kills.

The Wolverines clawed back from deficits of 9-6 and 12-9 to take the fourth set. The match ended on Besch’s kill down the left sideline.

For South, junior Kylie Hurd totaled 33 digs for South and Gribbin added 12 kills to help put the Wolverines right where they want to be.

“Our team is so well bonded and I think that’s what really helps us win most of the time,” Houser said. “We know how much we can trust each other on the court.”