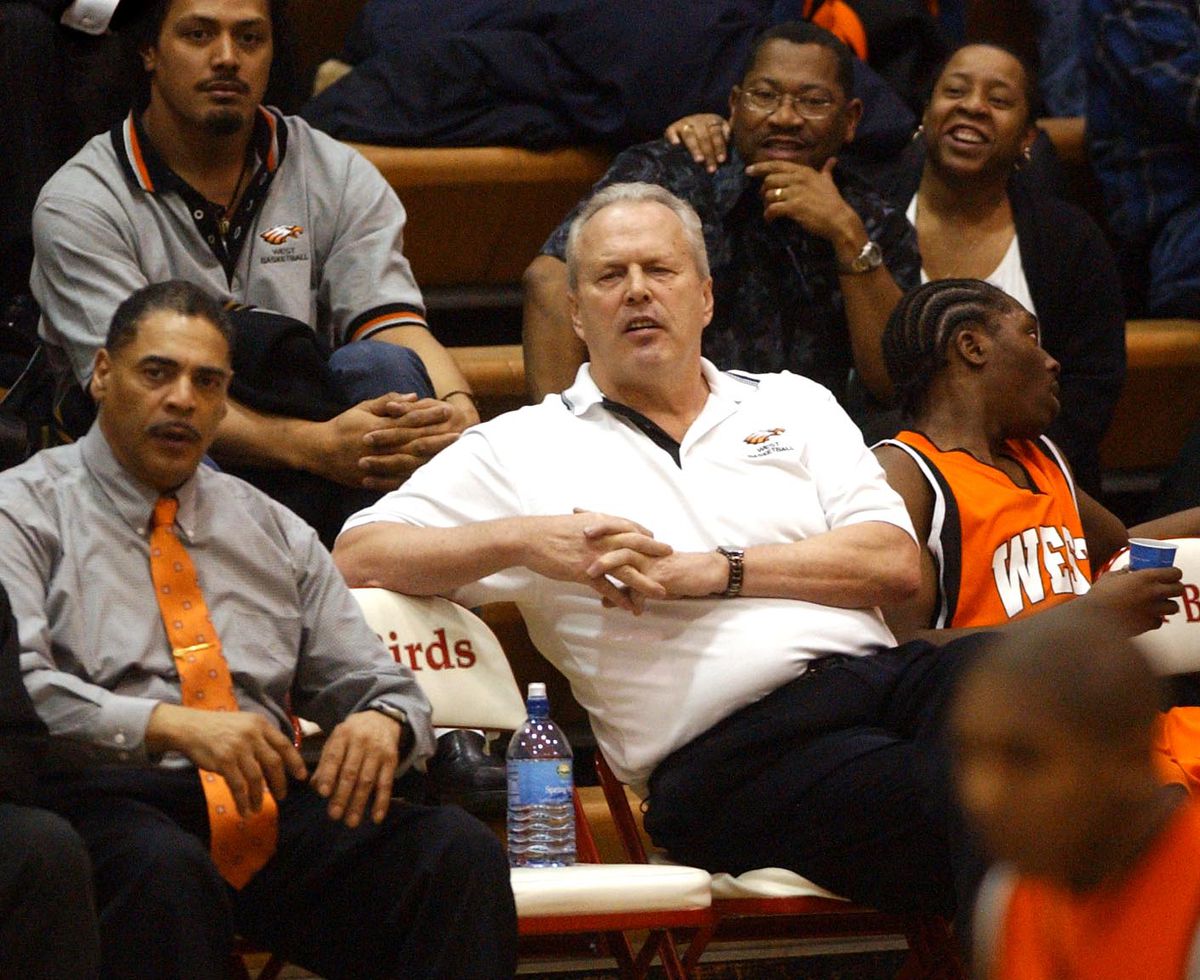 Chuck White, the Anchorage high school basketball coach who won 18 state championships while putting Alaska on the national radar and impacting the lives of hundreds of teenagers, died Monday in Colorado.

He was 78, according to friends.

“The past couple of weeks we saw a rapid decline in his health,” Dianna Coleman White wrote. “Please know that he is in a better place.”

“It’s a hit in the gut,” said Mao Tosi, who played for White in the 1990s and has been a friend for years. “I don’t think anyone thought it would happen so soon.”

White had unparalleled success at Alaska’s highest level of high school boys basketball. He was a head coach for 45 years, 41 of them in Anchorage.

He won 80 percent of his games (921 out of 1,149), posted 20-win seasons on 29 occasions, suffered just one losing season and totaled double-figure losses in only three seasons.

“For me, he truly saved my life,” said Tosi, a community activist in Mountain View who played for White from 1993-95 at East High. “The person I am today, I wouldn’t be that without him. A lot I do in the community is to honor him.”

Tosi, who transferred to East from Bartlett to play for White, said he was struggling when he first got to East. White kept him from straying into trouble, made sure he did his homework and had enough to eat, and kept him in school, Tosi said.

White “was a big white guy” who connected with minorities and kids from low-income families, Tosi said.

“He was able to bridge that,” he said. “… You could always count on Coach White to be that father figure, that coach figure, to make sure we all felt loved.”

White spent the bulk of his career turning the East Thunderbirds into the most feared team in Alaska. During his 34 years at the school the T-birds routinely destroyed opponents with their full-court press and up-tempo offense, and White himself was a formidable presence on the sideline, where his booming voice got the attention of referees, players and fans, rattling more than a few of them.

White’s career hit its zenith during Langdon’s years at East High, when the T-birds rose to national prominence and Langdon became one of the nation’s most sought-after recruits, eventually landing at Duke University, where he had a brilliant college career.

The T-birds were among the biggest draw at the original Great Alaska High School Classic, a tournament that drew some of the country’s top high school teams to West High each November. The reputation White and the T-birds developed during those years opened doors at the college level for scores of Alaska basketball players.

“A lot of guys were able to go to college because of his coaching connections and his credibility,” Tosi said.

After winning 14 state titles at East, White briefly moved to Washington, where he coached a Yakima high school to 70 victories. Four years later, he returned to Anchorage and took over at West High, where he won four state championships in seven seasons.

White was a broad-shouldered 6-foot-4 who was a tremendous athlete himself.

He was a multi-sport star at the University of Idaho — he held the school’s basketball scoring record for a time — and was drafted by teams in the NBA, NFL and MLB. He briefly played minor league baseball before becoming East High’s coach in 1965. During an era when softball was king in Anchorage, he was one of the state’s most prolific home-run hitters.

White was inducted into the Alaska Sports Hall of Fame in 2011, the first person selected solely for his coaching achievements.

In her Facebook post, Dianna Coleman White said a private service will be held for White on Friday. Tosi said there is likely to be a memorial of some kind in Anchorage too, although nothing has been planned yet.

“Let’s take the day and be in mourning and breathe a little,” he said. “He had such a tremendous impact, honoring him shouldn’t be a day. It should be years.”