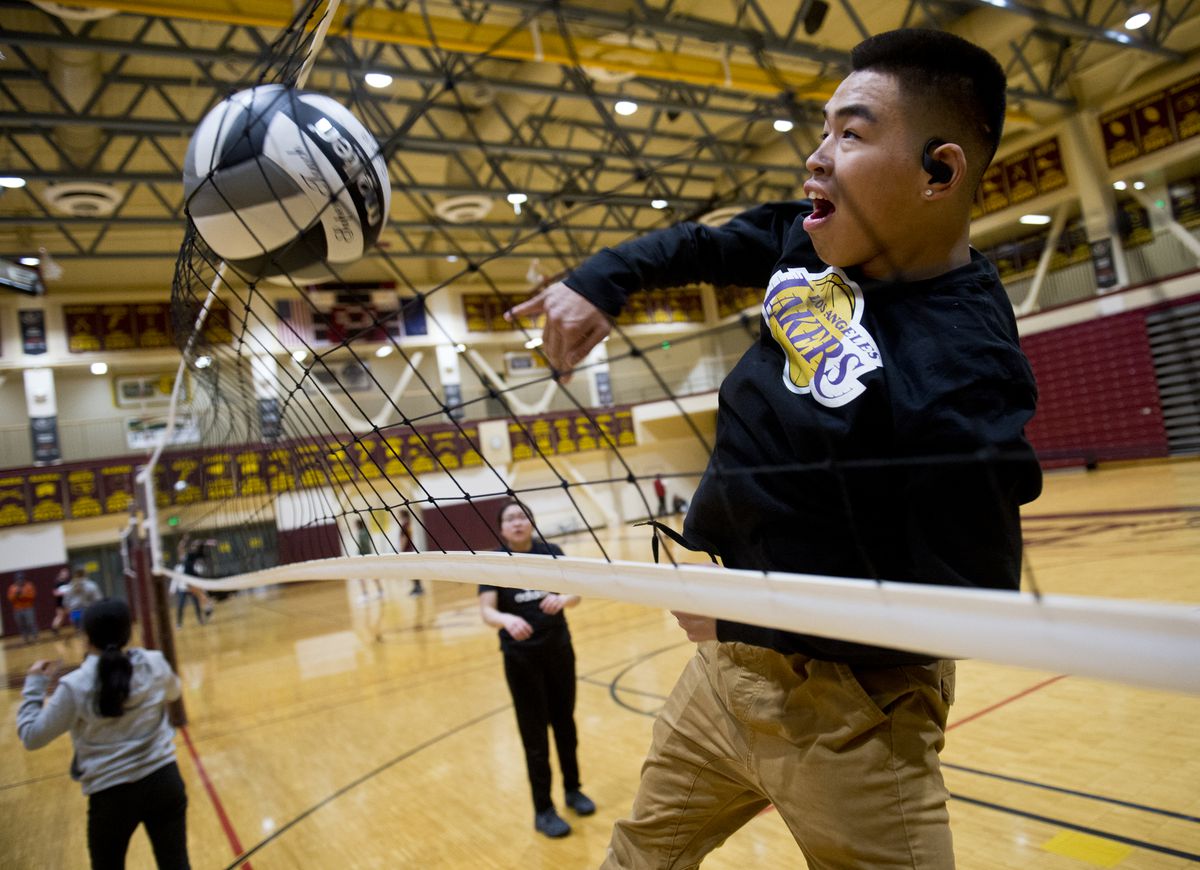 Twelve volleyball teams representing some of Alaska’s smallest schools are in Anchorage to compete for one of its most unique championships this week. The Mixed Six state tournament features co-ed teams, and is one of the few high school sports in which mixed-gender teams compete head to head.

Most interscholastic volleyball in Alaska consists of girls teams. About 20 years ago, Mixed Six began as way to give the smallest schools a chance to participate, according to the Alaska School Activities Association. Billy Strickland, ASAA’s executive director, said the format has grown in popularity since then.

“It’s very unique to Alaska,” Strickland said. “To my knowledge, we’re the only group doing it.”

Mixed Six will crown a state champion Saturday at Dimond High, which is also hosting the eight-team Class 2A state volleyball tournament. The Mixed Six title match is scheduled for 2 p.m., with the Class 2A finale following at 5 p.m.

Mixed Six teams are made of three boys and three girls. A team can play four girls and two boys if it doesn’t have enough boys but cannot put more than three boys on the court. When a ball is played more than once on a side, one of the contacts must be made by a girl, according to rules.

For Gustavus, a school from Southeast Alaska, Mixed Six volleyball has become a tradition. Rachel Parks, who used to coach girls volleyball, said she prefers the dynamic of the mixed format. It fosters appreciation and respect between teammates both on and off the court, she said.

“They balance each other really well. And so when their working together on the court...it’s really complementary,” Parks said.

Making the trip to Anchorage for the state tournament is a fun reward for a season of hard work, coaches said. Gustavus made a side trip to the Extreme Fun Center in Wasilla to ride go-carts and play laser tag. Alakanuk’s 10 players were excited to shop in Anchorage during free time, according to coach John Ayunerak.

Bea Klaich, coach of Nikolaevsk, said her school has the choice to compete in the all-girls Class 2A division or Mixed Six, but the players prefer Mixed Six. This year marks Nikolaevsk’s eighth straight appearance in the state tournament, but they have yet to take home the title.