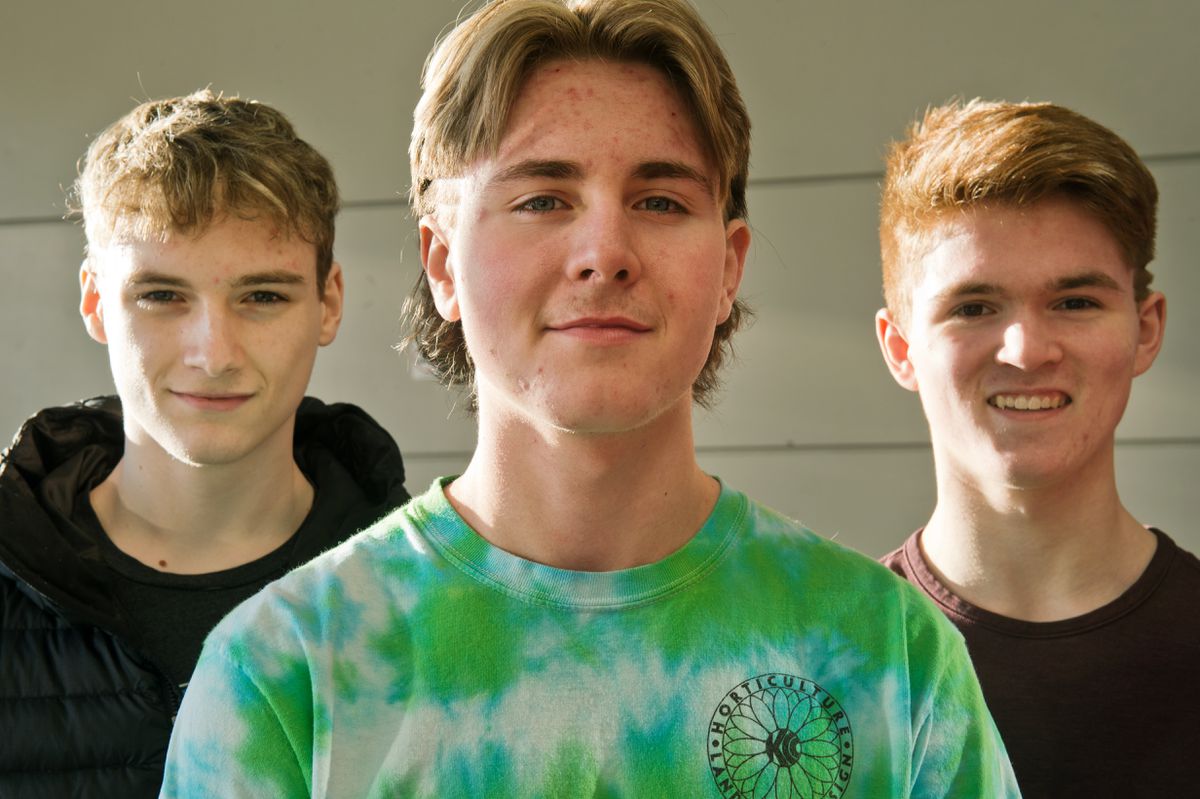 A decade into his gig as the West High hockey coach, Nate Shasby figured the 2019-20 roster included enough playmakers to make for a competitive season.

“Our realistic goal was a top-four finish in the Cook Inlet Conference,” Shabsy said. “And I thought that may be kind of pushing it.”

Thankfully for the Eagles, the hard-driving offensive trio of senior Chase Solberg, junior Matthew Patchin and sophomore Ian Keim moved fluidly from the jump, and the three don’t look to stop during this week’s First National Cup Division I state tournament in Wasilla. At least that’s the plan.

“Dominate,” Solberg said of the job at hand.

West sports a 20-1-1 record and earned the eight-team bracket’s top seed after capturing both the CIC regular-season and tournament titles. The Eagles lost to South 3-1 on Jan. 15 and skated to a 3-3 tie with Dimond on Dec. 14.

The line swallows up more than 70% of the ice time up front as the Eagles have expertly navigated their way through the season with no more than 12 skaters dressed for a game.

“We know we’re going to play pretty conservatively for almost all the game,” Keim said. “But when we have a chance, we feel we also have the best offense.

“The numbers are pretty special,” said Solberg, who transferred from East for his senior season. “It’s amazing to be a part of all this.”

Solberg is enjoying his time wearing an Eagles sweater. Besides hockey, he said he made the move from Anchorage’s second-oldest school to its oldest because of interest in West’s Career and Technical Education (CTE) courses focused on health care.

“(Solberg) is great from the top of the circles in,” said Dimond coach Dennis Sorenson, the dean of Alaska high school coaches and a UAA Hall of Famer. “He’s fantastic, great with the puck.

No CIC scorer totaled more than 33 points in the past four regular seasons. Current UAA commit Zach Krajnik went 13-20—33 for Chugiak in 2016-17 and Eagle River’s Sutton McDonald put up a 12-21—33 line the previous season. McDonald currently skates for the North American Hockey (Junior A) League’s Wilkes Barre/Scranton (Pa.) Knights, where he was recently named the East Division’s second star of the week.

Wright and MacSwain “led the Thunderbirds to a 16-1-2 regular-season record and the (CIC) championship. (MacSwain), a right wing, was the league's No. 1 scorer with 55 goals and 49 assists for 104 points. (Wright), a center, amassed 86 points on 37 goals and 49 assists. They both surpassed the previous league record of 69 points in a season. (MacSwain) broke the points mark with five games to play.”

The Alaska School Activities Association sanctioned the first state tournament the next season (1982-83).

This season, the Eagles have seldom slowed with their small roster and unique approach. Solberg, Keim and Patchin team with primary defensemen Nicko Opinsky, Ethan Pickett and Aidan Fitzgerald and goaltender Will Simpson to pick their offensive spots.

In five games against the CIC’s second- and third-place teams — Dimond, seeded second in the state tournament, and South, seeded third, the Eagles were 3-1-1 while outscoring the Lynx and Wolverines a combined 20-8. Solberg, Patchin and Keim racked up 15-19—34 totals in those contests, including three Patchin hat tricks. That line scored 89.9% of West’s points against nine other statewide opponents.

And West isn’t all about offense. The Eagles have defensive claws too and aren’t afraid to ice the puck and wait.

“Everyone understands their role and responsibility,” Shasby said. “We kind of reinvented the way teams play and had to bridge a gap with our numbers. We’ve exceeded our original expectations.

“Obviously, we’re a one-line team but this has been a special group as a whole. The guys on our bench have great attitudes and it’s amazing how well we’ve gotten along.

“This is definitely a team.”

Records vs. other tournament teams