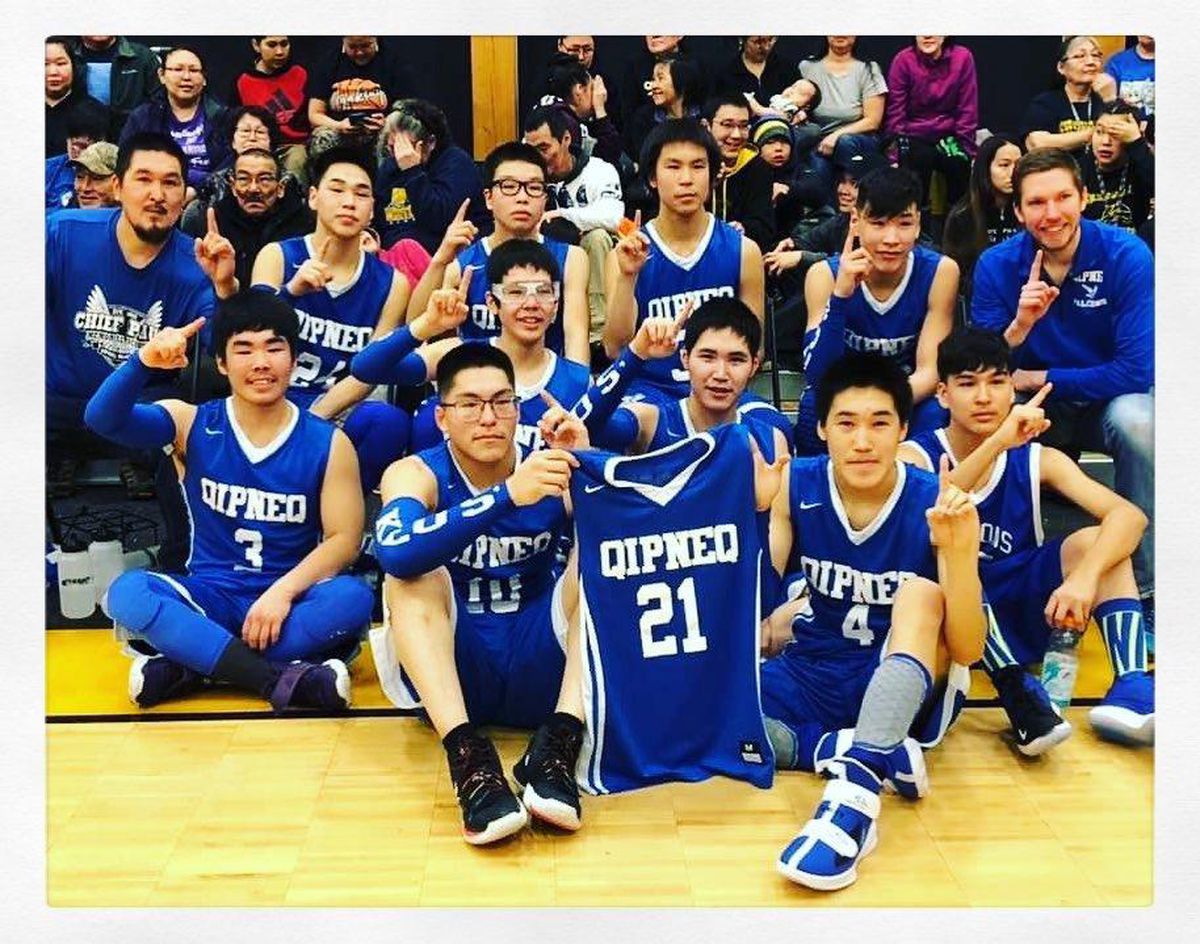 This article first appeared at KYUK.org and is republished here with permission.

On the night of Feb. 6, one of 18-year-old Muggie Peter’s basketball teammates and best friends, Kayden Handley, was hanging out in his mom’s room, just playing around on his phone.

“And my gram started crying,” Handley said. “I was wondering what was wrong. I just went back to my phone, and she came in and told me they were in a plane crash. I didn’t want to talk or do anything or say anything. I just stayed in my room.”

The Southwest Alaska community of Kipnuk continues to grieve after Quintin “Muggie” Peter, his mother and three others were killed in a Yute Commuter Service plane crash last month. Members of Muggie Peter’s basketball team, The Kipnuk Falcons, say they’re still in shock.

Teammate Chase Martin said it “felt just like a dream.”

“Everything felt dark that day,” he said. “Couldn’t believe what happened.”

Falcons head coach Benjamin Farber gathered the team after they got the news. He told them that it was OK to grieve, that it was a time to be vulnerable. He also talked to the team about the games ahead.

“On Tuesday, when we had practice, I had a little talk with the boys about how we should walk in Muggie’s footsteps because he always was positive no matter what was happening in the situation,” Farber said.

“He would always make people smile,” said Muggie’s friend Russell John. “Even if he was in pain.”

And Muggie did hurt often. The day of the crash, he was coming back from a medical appointment for his kidney condition, something he often made trips for.

Martin said that Muggie fought through his pain, and the rest of the Falcons have learned to fight through their pain too.

“We worked even harder after what happened,” Martin said. “Because we wanted to go to state (championships) for him.”

John said the team brings Muggie’s No. 21 jersey to every game, and it sits with the players on the bench.

Muggie is not the first teammate that Kipnuk has lost. Last year, Keo Aliralria passed away from cancer. Muggie’s cousin, Anna Kashatok, said she feels that both are watching over them.

“This tournament, we want to do it for Muggie and for Keo also,” Kashatok said. “And we’re going to stay Muggie Strong and Keo Strong.”