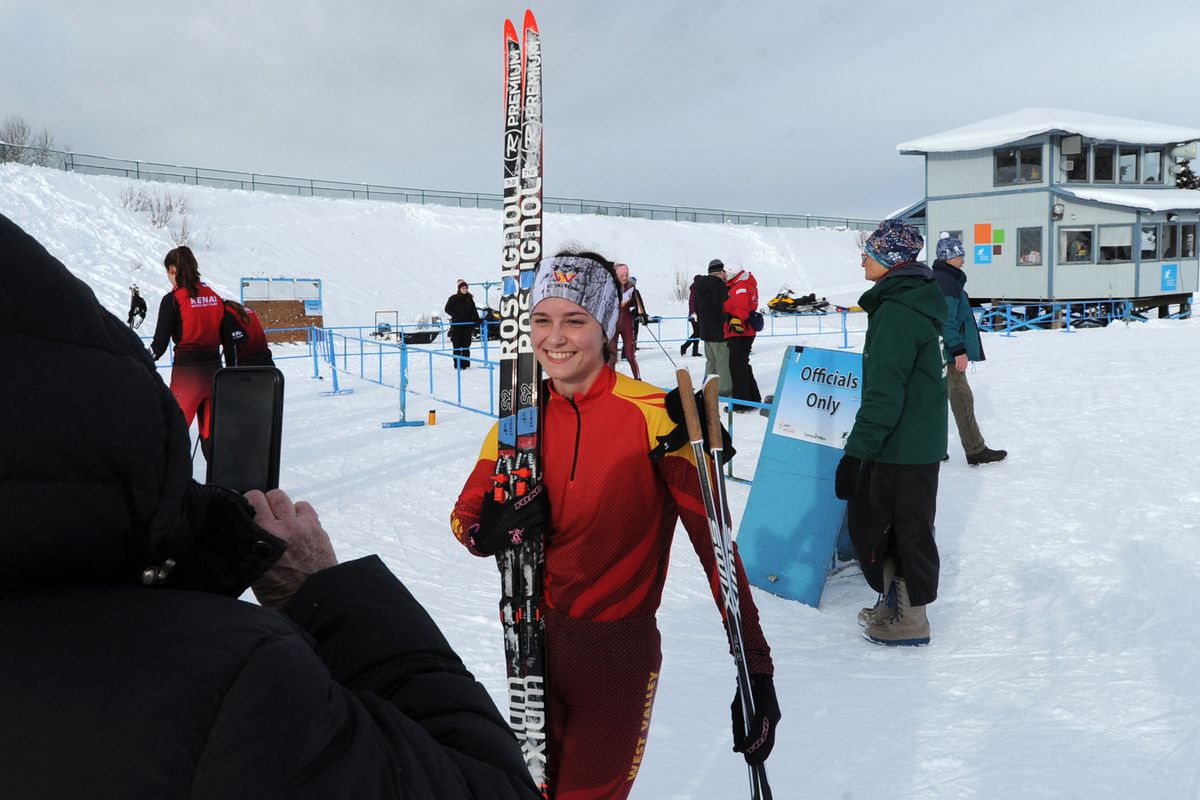 Kendall Kramer, one of the top young skiers in the nation, is staying in Fairbanks after high school to compete for UAF. (Bill Roth / ADN)

Kendall Kramer, one of the top young skiers in the nation, is staying in Fairbanks after high school to compete for UAF. (Bill Roth / ADN)

It’s clear that Kendall Kramer, a gifted athlete who won 14 individual state high school championships and was named to the U.S. Ski Team while a junior at West Valley High School, is going places.

Kramer this week decided to stay in Fairbanks after high school. She’s going to UAF, where she will ski and run for the Nanooks while pursuing a psychology degree.

“I get to make Fairbanks proud and give back to the community that has given me so much,” Kramer said in an email. “I get to run and ski, which allows me to be the well-rounded athlete that I have been all these years, without hard exclusive commitment to either at any time of the year, keeping me sane and balanced.

“I’m excited to spend more time with my best friends and make a new family out of my team along the way.”

Kramer, who became a world-class skier while training on her hometown trails with the FXC ski club, is a huge catch for the Nanooks. She’s the best female high school skier in the nation and has numerous junior national championships and a bronze medal from the Winter Youth Olympics to prove it. She’s a five-time Alaska state champion and three-time Skimeister.

She’s also a talented runner who won three state titles in cross country and six in track and field. Her tally in track likely would be higher if not for the cancellation of this year’s state championships because of the COVID-19 pandemic.

At UAF, Kramer will compete in both sports, something Nanooks skiing and running coach Eliska Albrigtsen said she welcomes. A 2011 NCAA champion for the University of Colorado, Albrigtsen has had her eye on Kramer since coming to Fairbanks in 2018.

“Since I started to coach in Fairbanks, it has been my goal to get her on our team, but not just because she is fast, and has good results,” Albrigtsen said in an emailed statement. “Kendall understands the hard work skiing and running are about and is not ashamed to show others that that is the only way to success.

“… We are happy that Kendall has chosen UAF, (and) we are also grateful that she has chosen to go to college instead of pursuing skiing or running only. We see this as a wise choice that will hopefully inspire a lot of young smart women in sports to follow their dreams, no matter how hard they seem to be.”

Kramer will maintain her relationship with the U.S. Ski Team while at UAF, Albrigtsen said.

Options were plentiful as Kramer neared the end of her high school days. She would have been a prize recruit for any NCAA Division I ski team, or she could have postponed college to become a full-time skier with the national team.

“I’m very satisfied with my decision to go to UAF, because I feel welcomed, invited and encouraged by the team and the coaches,” Kramer said. “I feel understood and supported by everyone and really feel as though I will be happiest here.”

The story has been updated to correct the number of Skimeister titles won by Kramer.