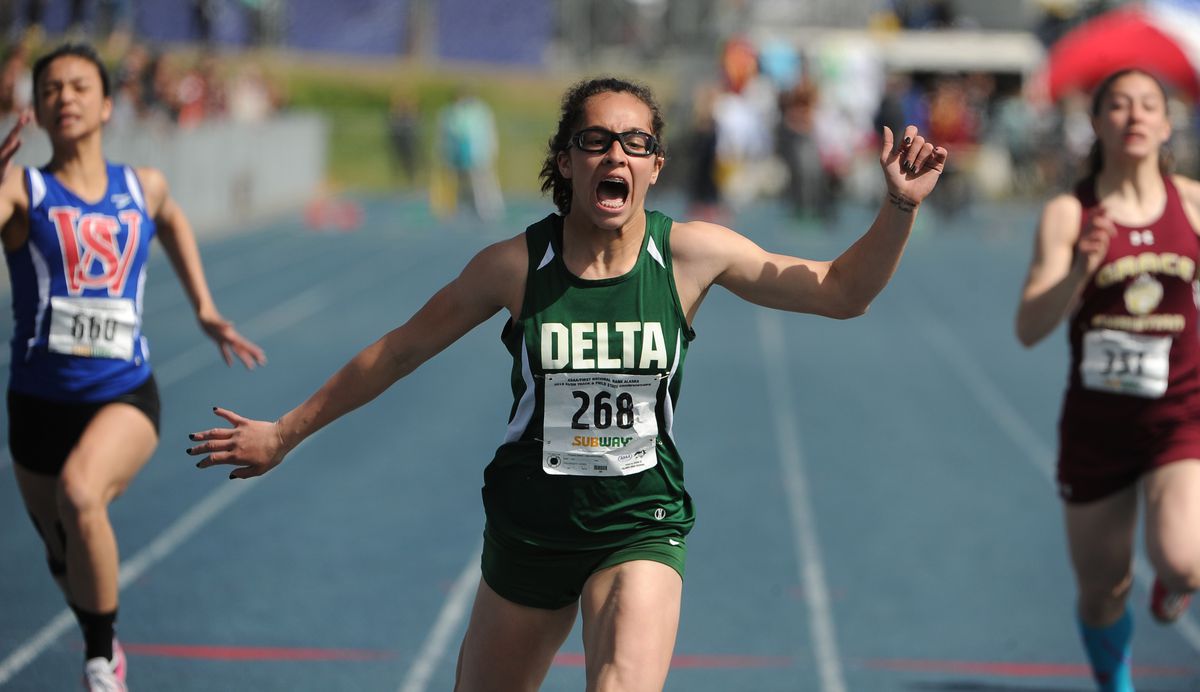 Two wrestlers, two skiers, a swimmer and a sprinter are among the six high school students in the running for the Alaska Sports Hall of Fame’s 2020 Pride of Alaska Youth Award.

The top junior-level female skier in the nation and a member of the U.S. Ski Team, Kramer won her third straight Skimeister Award at this season’s state cross-country championships and claimed a bronze medal at the Winter Youth Olympics.

She’s also a talented runner who captured her third straight state cross-country running title last fall; she will attend college at UAF, where she will ski and run for the Nanooks.

The other finalists for the girls award are sprinter Hailey Williams of Delta Junction and swimmer Lydia Jacoby of Seward.

For the boys, the finalists are wrestlers Aedyn Concepcion of South High and Hayden Lieb of Bethel, and alpine skier Finnigan Donley of Anchorage.

Williams, a senior who earned a Division I track scholarship at Duke University, was denied the chance to try for a rare triple-win three-peat at the state track championships when spring sports were canceled because of the COVID-19 pandemic.

As a sophomore and junior, she swept the 100-, 200- and 400-meter races in the Division II state meet, with all six victories coming with faster times than those registered by the Division I winners.

At last summer’s New Balance national championships, Williams placed fifth in the 200 and 12th in the 100.

Jacoby, a sophomore, broke the state high school record in the 100-yard breaststroke as a freshman and then broke it again this school year with a time of 1:00.61. She qualified in that event for the 2020 U.S. Olympic Trials, which have been postponed to 2021 — along with the Summer Olympics — because of the pandemic.

Concepcion and Lieb both won their fourth straight individual state titles this season, something only 12 other Alaska high school wrestlers have done.

Concepcion lost only two matches in a four-year career capped by a state title in the 119-pound division as a senior.

Lieb had a 139-12 career record, helped Bethel to three state team championships in Class 3A and will compete in Division I wrestling at the University of Wyoming.

Donley, an alpine skier for Alyeska Ski Club, represented the United States at the Alpe Cimbra Children’s Cup earlier this year in Folgaria, Italy, where he finished 10th in the slalom and 12th in the giant slalom to lead the American boys in each race. Only seven other Alaskans have qualified for the prestigious meet, and none had qualified since 2007.

At age 14, Donley qualified for this year’s U.S. National Championships, but the meet was canceled because of the pandemic. He ended his season with a victory in the giant slalom at the U16 Western Region championships in Idaho, where he also placed eighth in the super-G.

Winners will be announced May 6. Past winners for the girls were Kramer in 2019 and Alissa Pili of Dimond in 2018; for the boys they were Jersey Truesdell of Soldotna in 2019 and Gus Schumacher of Service in 2018.