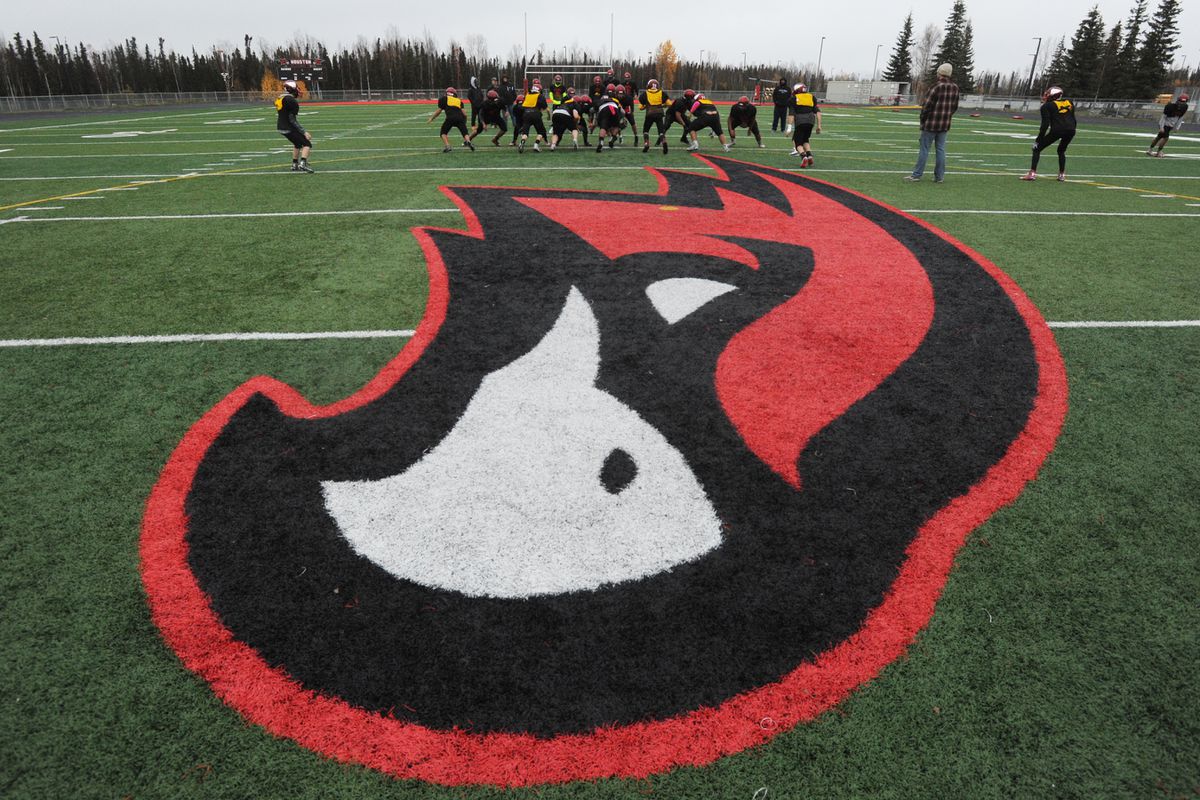 The Houston Hawks practice in the rain in advance of a football playoff game last season. (Bill Roth / ADN archive 2019)

The Houston Hawks practice in the rain in advance of a football playoff game last season. (Bill Roth / ADN archive 2019)

Two wrestlers with similarly stellar careers, a national-class sprinter who trains in school hallways and a football team that triumphed in the wake of two natural disasters are the winners of the Alaska Sports Hall of Fame’s youth awards for 2020.

For the first time, the Pride of Alaska award produced co-winners in the boys category.

Hayden Lieb of Bethel and Aedyn Concepcion of South High, who both who ended their high school careers by joining Alaska’s elite club of four-time state champions, are the first wrestlers to be honored, Hall of Fame executive director Harlow Robinson said Wednesday when announcing the award winners on Facebook Live.

Claiming the Pride of Alaska girls award was Hailey Williams of Delta Junction, one of the great sprinters in Alaska history. Though she trains in hallways and on an asphalt track, she earned an athletic scholarship to run Division I track at Duke University.

The Trajan Langdon Award for leadership, sportsmanship and inspiration went to the Houston Hawks football team, which was displaced by the November 2018 earthquake and disrupted by the summer of 2019 wildfires only to respond with an undefeated season in 2019.

“I really don’t have words to express what (the award) means to our community,” Houston coach Glenn Nelson said Wednesday. "The earthquake changed everything (we thought). Then the fires.

“Our community fills the stands each week, supports our fundraisers and welcomes us back to the school after away games. I am so thankful for ... what this award will mean to all of us.”

Robinson said it was fitting that Lieb and Concepcion share the Pride of Alaska boys award. They are among a group of 14 boys in Alaska history who have won four straight state high school wrestling titles, and both have earned All-America honors.

Both will wrestle at the NCAA Division I level in college, Lieb at the University of Wyoming and Concepcion at Gardner-Webb University in North Carolina.

They’ve had parallel careers, Robinson noted, and they are friends.

“It was really difficult to see one rise above the other,” he said when explaining the reason for co-winners. The third finalist for the award was Anchorage alpine skier Finnigan Donley.

Williams became the second Alaska girl and the first in 37 years to run a sub-12 second 100 meters when she recorded a time of 11.95 seconds at the 2019 New Balance National Championships last June in North Carolina. She ran a 24.05 in the 200 at the same meet, a time that is faster than the existing state record (state records can only be set at the state championships).

Wednesday’s other big winner was the Houston Hawks football team, which capped a 10-0 season by winning the Division III state championship.

The Hawks outscored opponents by an average score of 42-7, and they did it despite significant disruptions at their high school and in their community. After the earthquake came devastating wildfires last summer and fall that filled the town with dense smoke and causing some people to evacuate.

Houston’s middle school was badly damaged and rendered unsafe for occupation by the earthquake, sending middle schoolers to the high school and creating crowded conditions. The football team lost the room it usually used for team meetings and meals and bounced from one classroom to another. Equipment was squeezed into one cramped room.

“We had several practices in the hallways (the gym was being used for middle school volleyball),” Nelson said via Facebook.

During the wildfires, he said, “Several players including our manager had to miss practice to evacuate their homes.”

This is the third year the Hall of Fame has presented youth awards.

The Hall of Fame’s Class of 2020 — masters runner Marcie Trent, hockey player Matt Carle, the Yukon 800 riverboat race and the UAA hockey team’s 1991 upset of Boston College — was selected in November but has yet to be inducted. Plans for a spring ceremony were canceled because of the COVID-19 pandemic.

Robinson said the induction might be held next spring in conjunction with a ceremony for the Class of 2021.