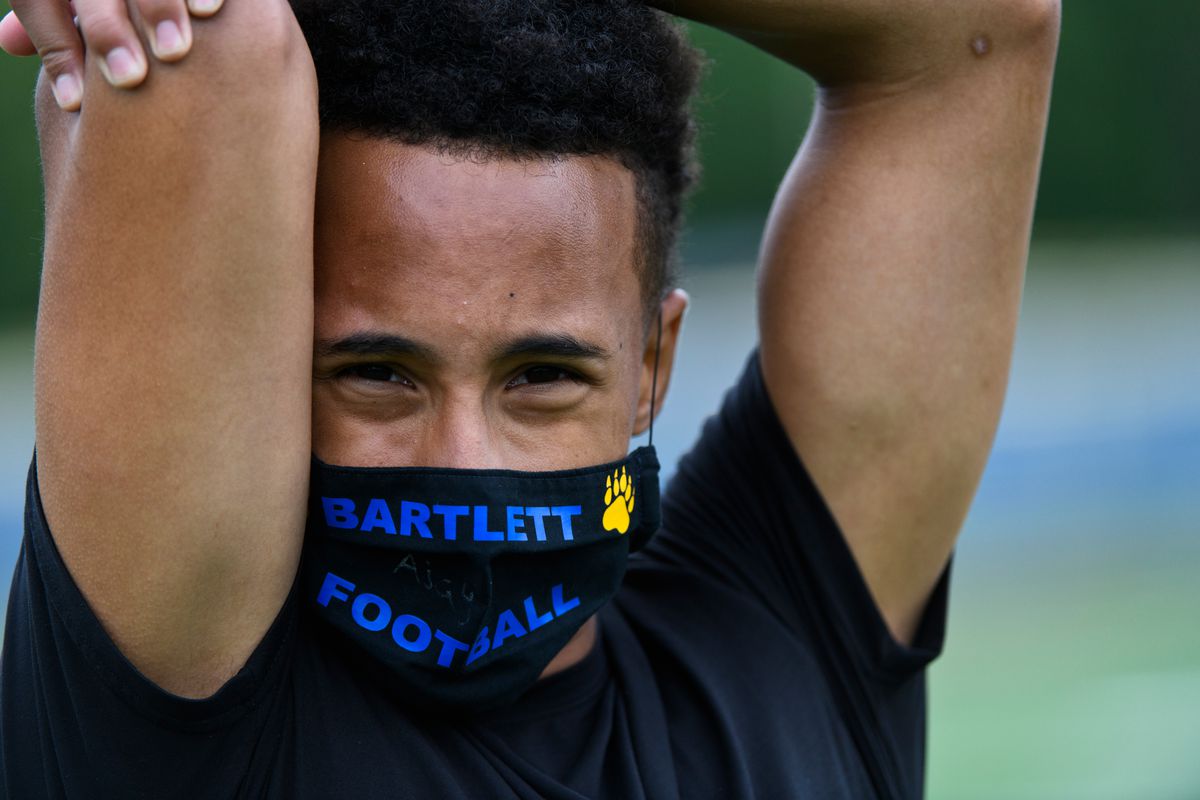 ASD on Thursday afternoon said teams can begin full practices beginning Friday, opening the door for competitions to begin as early as Thursday, according to a district administrator.

The decision was announced a couple of hours before athletes planned a drive-by car protest at the ASD headquarters off Boniface Parkway. For the last three weeks, ASD athletes have been limited to conditioning-only workouts only, with no immediate competitions planned.

Numerous teams planned to participate in the demonstration, including the defending state champion South Wolverines football team, which got the day off from practice in order to join the protest, coach Walter Harmon said earlier in the day.

Instead of protesting, some of the Wolverines drove cars with “Thanks, ASD” written on windows.

ASD administrator Kersten Johnson said the first competitions could happen on Thursday, Sept. 10, for just about every sport but football, which she said could begin on Friday, Sept. 11. The district wants varsity football teams to practice six times in pads before playing a game, Johnson said. Other sports, including JV football, need five practices.

Anchorage teams can only play other Anchorage teams. No out-of-town travel will be allowed unless a team qualifies for a state tournament.

Attendance at games will be limited, and spectators will be required to wear masks.

“If they don’t wear masks in stadiums, gyms, pools or whatnot, we will ask them to leave, even if they’re parents,” Johnson said. “We’re going to be pretty strict.”

Each student on each team will receive two tickets they can give to anyone they choose, she said.

All of the district’s high school gyms and four of its football fields are equipped to provide live-streaming coverage of the games, Johnson added. The schools equipped for such coverage are South, East, West and Eagle River.

The district remains in high-risk mode due to Anchorage’s 14-day rolling average of 36 new COVID-19 cases per day — anything over 29 is considered high risk.

In its letter to families, the school district justified the return to full sports practices — which can include contact — by saying sports “have a smaller, more controlled group setting than a large secondary-school academic setting, allowing for additional safety precautions and less co-mingling of students.”

Fall sports practices were canceled in July when the school district reached high-risk status due to the rising number of COVID-19 cases in Anchorage.

On Aug. 13, the day before a student protest was planned, the district said limited, non-contact practices could begin on Aug. 17, which they did.

Last Friday, the district said limited practices would continue due to high COVID-19 numbers, dashing hopes that competitions might have been able to begin this week. That decision prompted Thursday’s planned demonstration by students.

Johnson said the prospect of student protests didn’t force the ASD decisions, but they didn’t hurt.

“I wouldn’t say the it’s not (been an influence), but I wouldn’t say it’s been the driving issue, either,” she said. “We know as well as parents how important activities are.”