State meets will happen in cross country and tennis, but no team champions will be crowned 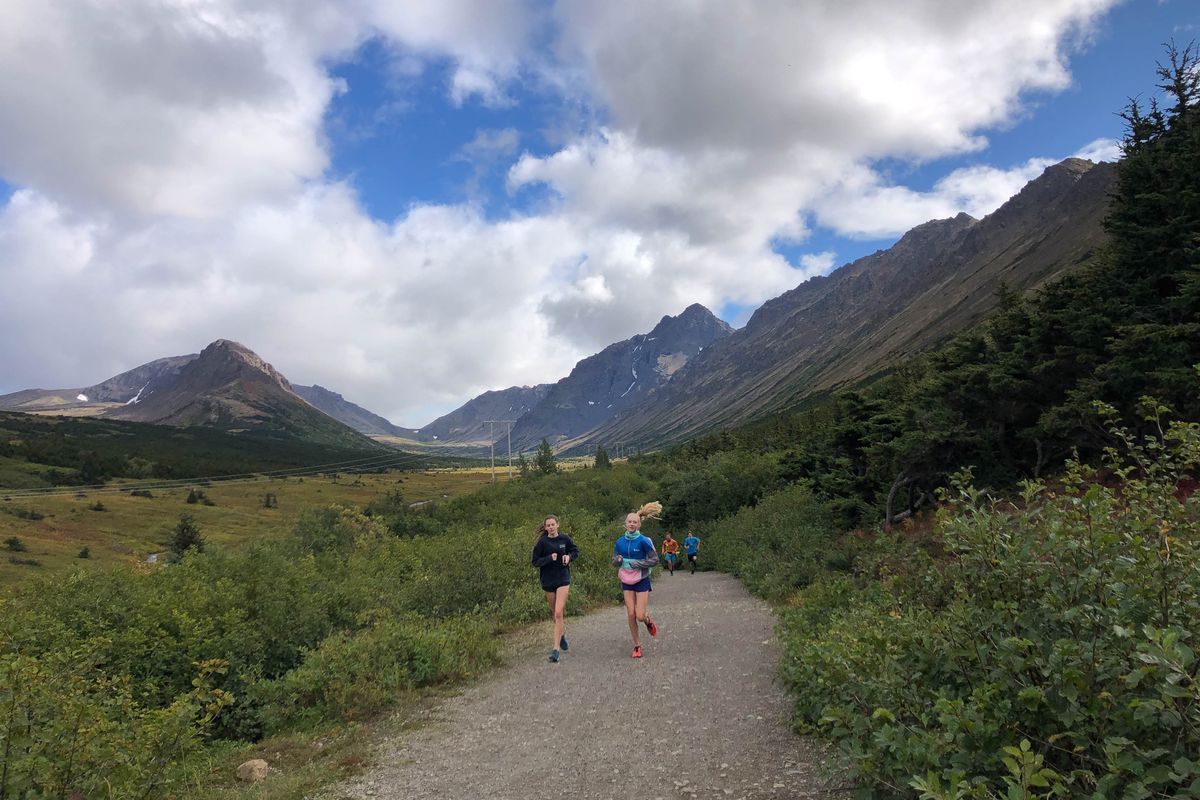 Alaska high schools will get their first state championships of the COVID-19 era on Oct. 10, but no team champions will be crowned.

State meets for cross country and tennis have been scheduled for the second Saturday of October, although the tennis season may get a two-week extension that would push its championships to Oct. 24.

Individuals can qualify for the state meets but entire teams can’t, meaning individual state titles will be at stake but no team titles will be awarded, the Alaska School Activities Association’s Board of Directors decided last week.

The change will reduce the number of participants — and the amount of travel between communities — in an effort to reduce the risk of spreading the novel coronavirus, according to ASAA executive director Billy Strickland.

“We don’t want to host a super-spreader,” Strickland said. “If we found out we did and we end up with outbreaks linked to that event, it would become progressively harder to let an event go past the region level.”

Alaska hasn’t held a state high school championship since Feb. 22, when the nordic ski season culminated with races at Kincaid Park. State basketball tournaments scheduled for March and all spring sports were canceled because of the COVID-19 pandemic, and fall sports have gotten off to a slow and modified start across the state. Anchorage isn’t expected to see its first competitions until Thursday.

ASAA board members last week gave the go-ahead for state championship events in cross country and tennis, with significant alterations from past meets. No fans will be allowed, the number of participants will be significantly reduced and tennis will be a one-day tournament instead of a two-day tournament.

And, no team trophies.

“We dropped the team competition, which we hate,” Strickland said. “... In order to do these events, we can’t just run them as we have in the past.”

By eliminating team champions in cross country, far fewer schools will participate and no schools will send an entire seven-member team to the state meet unless all seven runners qualify as individuals. In five of Alaska’s 11 regions, fewer than seven berths are being allotted.

Anchorage’s Cook Inlet Conference will get 16 berths for boys and 16 berth for girls. Usually it gets about twice as many — in a typical year, the CIC sends the top four teams from the conference championships to the state meet, plus any top-15 finishers who aren’t members of a qualifying team.

How the berths are filled is up to each conference, ASAA decided.

Sara Miller, coach of South High’s reigning state champion girls team, said the CIC is expected to talk about conference championships and other meets early in the week.

She’s hopeful that if schools can safely hold regular-season meets during September, ASAA might be open to a bigger state meet.

“What I hope is that with competition starting up, we can prove we can have a state meet,” she said.

ASAA’s decision to bring individual runners but not entire teams will slice the number of participants by more than 50%. Last year, 460 runners finished the 5-kilometer state championship races at Bartlett High. This year, the field will include 208 runners.

Miller understands ASAA’s concern about the number of students traveling to Anchorage and potentially bringing the virus with them or taking it home. She thinks exposure could be limited if races were moved to Kincaid Park, which has wider trails, space for runners to spread out more at the start line and a huge electronic scoreboard that displays results so people don’t cluster around printouts of the results.

An interval start — used routinely in nordic races — is another possibility for maintaining social distancing even with a bigger field of runners, she said.

“I’m not advocating going against any health recommendations,” Miller said.

Strickland said Kincaid is being considered as a potential location for the cross-country races, but changes to the number of qualifiers isn’t part of the agenda for the board’s Sept. 23 meeting.

Tennis will also see fewer participants at the state meet — 25 players will qualify instead of the usual 45.

The Cook Inlet Conference will get two berths in each of the five divisions (boys singles, girls singles, boys doubles, girls doubles and mixed doubles) and each of the other three regions will get one berth apiece per division.

ASAA will consider an extension of the tennis season at its meeting later this month, where the big topic of discussion will be the football playoffs.

The board delayed making a decision last week about the football postseason because much remains unclear in the sport.

“So few schools are actually playing right now,” Strickland said. “In Division I, only two out of 10 teams are playing. So little is happening, but we think it’s going to be up and running soon.”

By Sept. 23, the board should know how the regular season is progressing and what a playoff scenario could look like, he said.

Usually the playoff field for football is determined by conference standings, but the regular season is highly irregular this year.

With schools so far limited to playing only those teams in the same town or school district, it will be difficult for every team to play a complete conference schedule. For example, in the Chugach Conference, Bartlett can play Chugiak but currently cannot play Wasilla, Colony or Juneau.

“Without regular-season games, we don’t know how to qualify teams (for the playoffs),” Strickland said. “We just need a little more time to see what we could come up with.”

In other actions, the ASAA board voted to push back the wrestling season to November for all divisions, with competitions starting Nov. 13 and state championships set wrap up Jan. 30.

Because of that decision, the dates for Class 1A and Class 2A basketball seasons also could be altered to minimize overlap between the basketball and wrestling seasons, because many small-school athletes compete in both sports.

“For a 1A wrestler there’s a 90% chance he’s also a basketball player,” Strickland said.

Dates for the basketball season will also be discussed at the meeting later this month, he said.