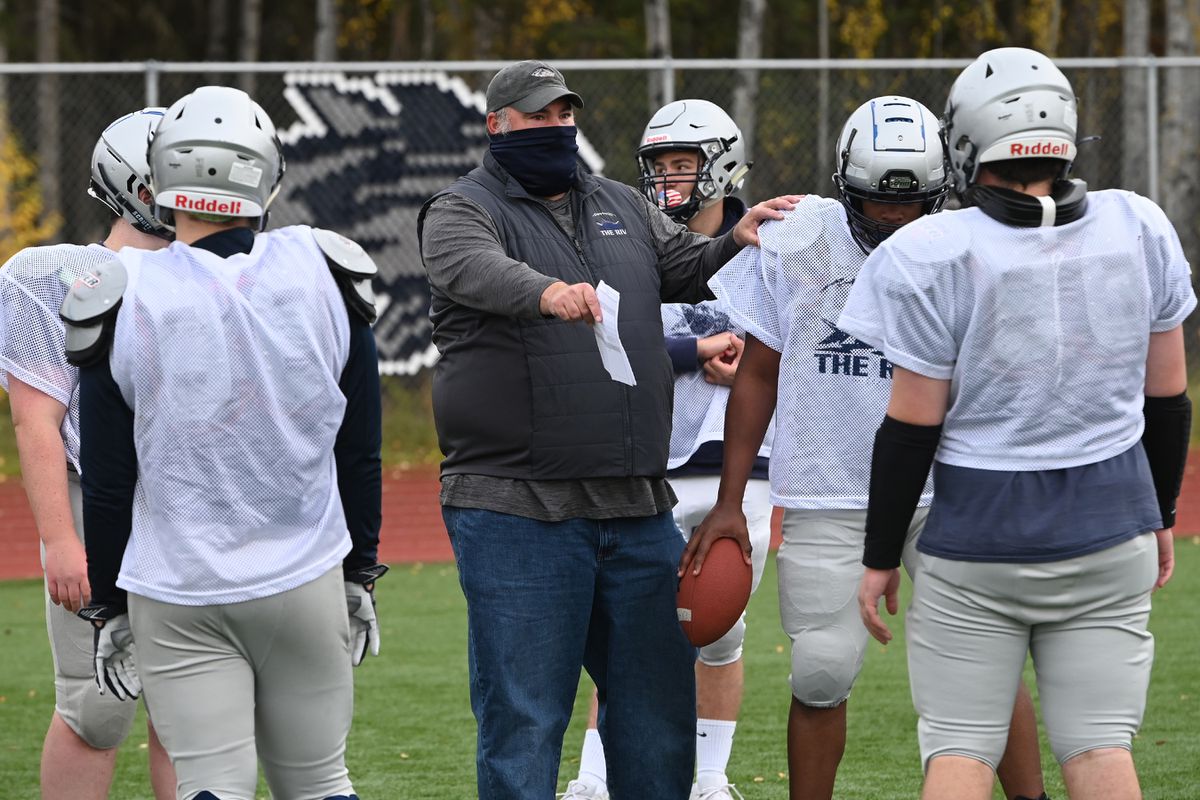 The Eagle River Wolves are forfeiting their final game of the regular season to avoid risk of exposure to COVID-19 before the state playoffs begin next week.

The Wolves were scheduled to play undefeated East High in a Saturday afternoon nonconference game.

Eagle River coach Brad Myers said the team decided to forfeit because of “risk of COVID."

”We don’t want to be exposed before the state playoffs," he said.

No Eagle River players or coaches are quarantined or have tested positive for the novel coronavirus, the Anchorage School District said.

The forfeit is a safeguard against anyone from Eagle River catching the virus at the East game, said Josh Green, the East High activities principal who said he spoke to Eagle River administrators “at length” about the decision.

COVID-19 has been a constant specter this season as schools resumed activities amid the pandemic. In Anchorage, where cases are surging, the Dimond Lynx went into quarantine several days ago and missed last week’s game against Service High and will miss their final game this weekend against West.

“A completely unsatisfying way to get (a win),” East coach Jeff Trotter said.

The forfeit loss gives Eagle River a 3-2 regular-season record. The Wolves are a Division II team that played an all-Division I regular-season schedule because the ASD isn’t allowing teams to travel outside the district until the playoffs. They beat Dimond, Service and Chugiak, before losing to Bartlett 20-15 last weekend.

The East-Eagle River game had no playoff implications. East was already assured the No. 1 seed out of the Cook Inlet Conference-North in the Division I playoffs, and Eagle River was already guaranteed a first-round game against the top team from the Kenai Peninsula Borough School District.

Myers said the Wolves will play Division II juggernaut and reigning champion Soldotna next weekend in Soldotna, although the day and time have yet to be determined.

In a statement issued Wednesday about the Eagle River forfeiture, the ASD said East and Eagle River both agreed to it.

“The cancellation of the game between East H.S. and Eagle River was a mutual decision between both schools, neither of which has anything riding on the game. They agreed that Eagle River would forfeit the game in order to preserve the health and safety of both teams, whether through the prevention of injuries or the the potential spread of COVID. Both teams will play their first post-season games as scheduled.”

Walt Harmon, coach of the reigning Division I champion South Wolverines, said injuries and fear of infection are both good reasons for Eagle River to forfeit the game.

Injuries are a factor this season in part because COVID-19 concerns limited preseason practices for Anchorage teams, he said, noting that there was just one week of full-contact practices before the season started.

“All of us are banged up,” Harmon said. “We’ve had more injuries this year than probably in the last six years. Getting in football shape isn’t just running around in circles, it’s picking your butt up a couple times.”