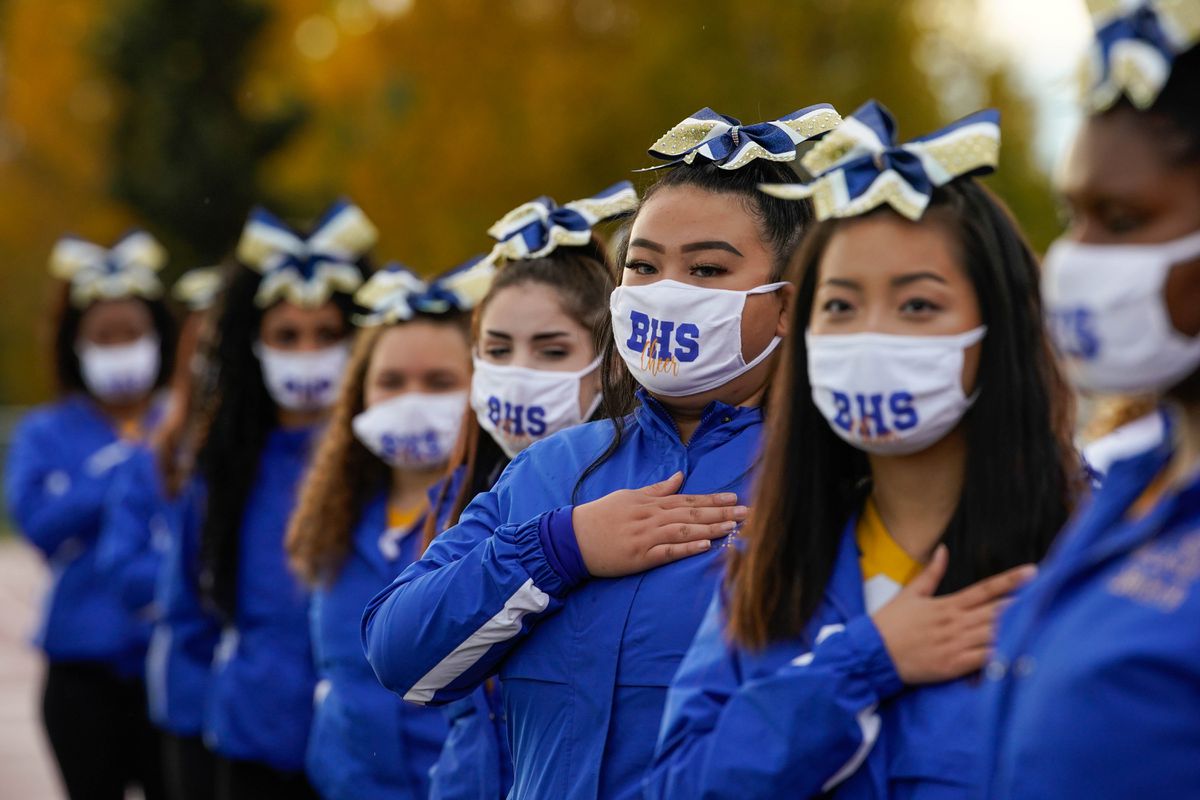 It’s time for the playoffs for Alaska’s Division III football teams, and time to brush up on math skills for Anchorage’s Cook Inlet Conference teams.

And, of course, it’s time to mention how COVID-19 has already impact things.

The small-school playoffs begin a three-week run Saturday when the Nikiski Bulldogs host the Houston Hawks and the Valdez Buccaneers host the Redington Huskies. The Homer Mariners and Monroe Rams received first-round byes, which is fortunate for the Mariners.

The Mariners went into quarantine this week, according to Billy Strickland of the Alaska School Activities Association, and won’t come out until Sunday, Oct. 18 -- the day after they were scheduled to meet the Valdez-Redington winner in a semifinal game next week.

All of the teams potentially involved in that semifinal have agreed to move the game to Monday, Oct. 19, Strickland said.

The Wolverines won the state title by beating Service 27-13, and if they can defeat the Cougars again, they will claim the No. 1 playoff seed in the CIC South.

If Service win, there’d be a three-way tie for the No. 1 seed. Service, South and West would all be 3-2, forcing a tiebreaker to determine next week’s Division I playoff pairings.

In Division III, the reigning champion Houston Hawks are 2-3 during a regular season that included losses against Division I Colony and Wasilla, a split with Division II Palmer and a win over Redington.

Last season the Hawks contended with cramped quarters after the November 2018 earthquake do so much damage to the Houston Middle School, middle-schoolers had to move in with high-schoolers.

This year, the Hawks -- like everyone else -- are contending with the pandemic. The trip to the Kenai Peninsula for the Nikiski game will mark the first time they’ve ventured out of the Valley this season.

It will be a hurried trip.

On the team’s Facebook page, coach Glenn Nelson told players they won’t make long stops on the drive to and from Nikiski and they won’t take showers after the game.

“Food will be provided and we will not be allowed to make public stops along the way. Once on the bus-we stay on the bus,” it said. “The two exceptions will be at Turnagain Arm parking lot for short meal and walk through. And again in Soldotna for a parking lot lunch.”