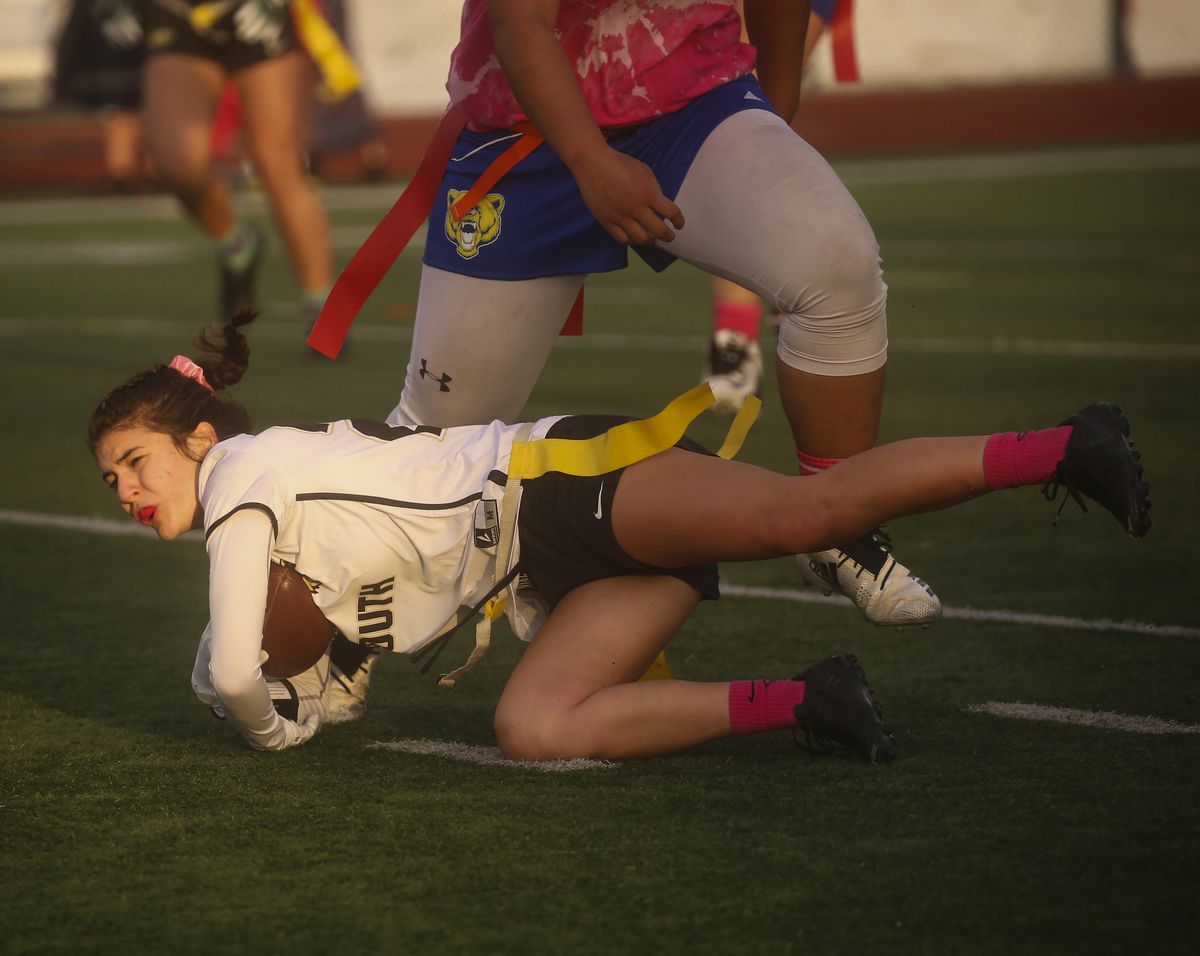 The defense pitched a shutout and and Gracie Hoover scored two touchdowns as the South Wolverines capped an undefeated regular season with a 13-0 victory over the Bartlett Golden Bears in a Thursday night flag football game.

The victory gives South a 7-0 record heading into the Cook Inlet Conference championships, which begin Monday with two games at Dimond High and two games at West High.

The game was one of four on a high-stakes night of action.

In a game with the No. 3 tournament seed at stake, the East Thunderbirds beat the Dimond Lynx 13-7 with a fourth-quarter touchdown. Both teams entered the game tied for third place with 4-2 records.

Service blanked Chugiak 14-0, forcing a three-way tie for fifth place between Service, Chugiak and Bartlett, which all finished the regular season with 2-5 records. Tiebreakers gave the No. 5 seed to Service, the No. 6 seed to Chugiak and the No. 7 seed to Bartlett.

In the East-Dimond game, the Thunderbirds won it with about six minutes left when Angel Ioane connected with Loralane Bibbs for a 45-yard catch-and-run play.

For Dimond, Mai Mateaka, K.C. Sargento and Mara Chavez each had six pulls. Offensively Mateaki rushed for 70 yards on nine carries and Skyler Coleman had 67 yards on 13 carries.

South posted its seventh straight win behind two touchdowns by Hoover, who ran 55 yards for one and caught a 20-yard pass from Olivia Heartwell for the other.

Playoffs begin Monday with four games, two at West High and two at Dimond High. After that all of the games move to Dimond, which will host the semifinals on Wednesday and the championship on Thursday at 4 p.m.