Dimond is back on top of the flag football world, and West is No. 2 again 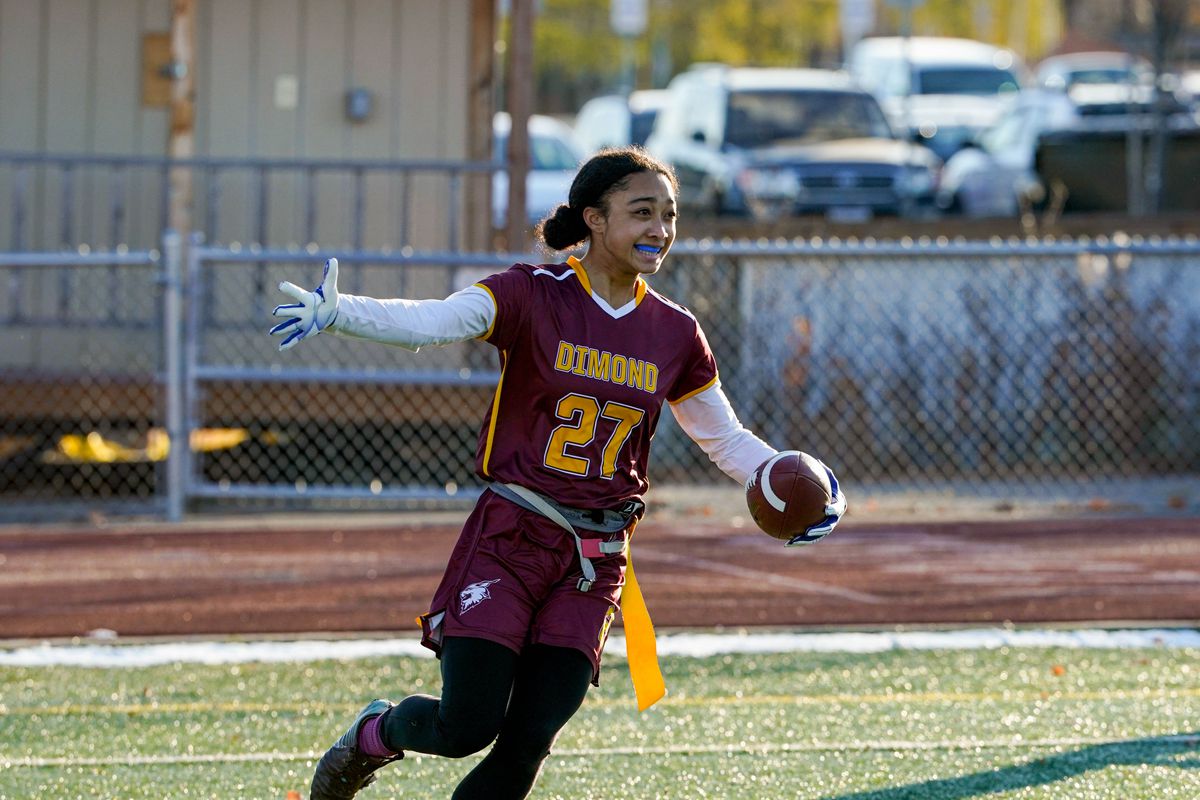 In 15 years of high school flag football in Anchorage, the Dimond Lynx and West Eagles have made it to the Cook Inlet Conference championship game more times than the city’s other six teams combined.

No team has won more championships than the Lynx, who cruised to their eighth title Thursday by shutting out West 22-0 on a clear, chilly evening at Dimond High.

And no team has lost more than West, the runner-up for the fifth straight year and the seventh time since the sport debuted in 2006.

“It’s hard for them today, and they were all hurt today,” West coach Antonio Wyche said. “But second place is a great honor. It’s an accomplishment to get to the state title game for five straight years. Not everyone can say that."

Not even Dimond, which missed last year’s championship game, which ended with the South Wolverines taking a 21-12 win over the Eagles.

The Lynx took charge from the get-go Thursday, choosing to open the game with their defense on the field. West went 3-and-out, and a few plays into their first possession, the Lynx scored on a 25-yard catch-and-run by Skyler Coleman.

“Huge,” Dimond coach Kathleen Navarre said of the early touchdown. “We’re a group that didn’t have a lot of experience, so putting points on the board has been tough. The fact that we scored on the first drive was huge.”

Coleman, a do-everything senior, rushed for 104 yards on 20 carries, caught three passes for 43 yards and threw a short touchdown pass to spark the Lynx.

She’s one of only two players who started the season with significant varsity experience, Navarre said. Sophomore Ellie Cunningham is the other, and she made Dimond’s lead 14-0 on a 4-yard toss from Coleman, who threw the ball after taking a handoff from senior quarterback Kiley Schutte.

The Lynx tightened their command in the second half with interceptions from Madalyn Gaither and Mai Mateaki. They were in such control that even when they faltered, things worked out OK.

Mateaki’s interception return put the Lynx in good field position but they turned the ball over on downs at the 1-yard line. West quarterback Lupe Vaaia had to take snaps in the end zone, and when she dropped the snap on second down, Dimond was awarded a two-point safety and possession of the ball.

Mateaka, a freshman, finished with seven pulls on defense and 92 rushing yards on offense, including a 44-yard touchdown run late in the game. Lauren Tufaga added five pulls, one for a loss.

Dimond came into the eight-team CIC tournament as the No. 4 seed, an unusual place for a team that is often a 1 or 2 seed. It beat Service 19-6 in Monday’s first round and knocked off previously unbeaten South 7-6 in Wednesday’s semifinals before dispatching West to finish the season with a 7-3 record.

Close games have been the norm this season, so it’s not really an upset that a No. 4 seed won it all.

“I said last week, this is anybody’s championship,” Navarre said.

West was the No. 2 seed and finished with an 8-2 record, with its only other loss coming to South.

Wyche, who is in his third season as head coach, said one of his goals has been to build a program where younger players are always ready to step in to replace older players.

“As a program we’ve been able to maintain second place, unfortunately,” he said. “We have learned to collect second-place trophies.”