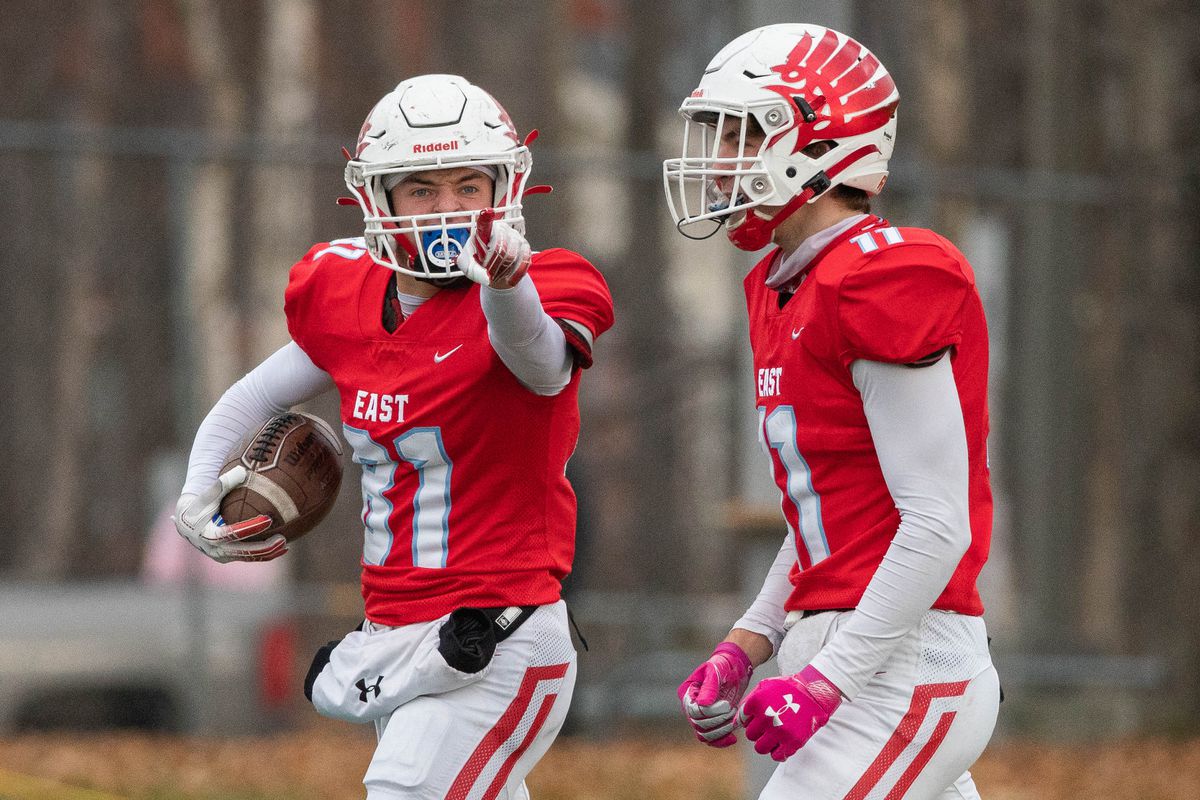 The East High Thunderbirds completed their perfect season with a 41-0 shoutout of the Bartlett Golden Bears thanks in part to the performance of dynamic senior wide receiver Jordan Holland.

Holland made plays on both sides of the ball but was an absolute human highlight reel on offense, hauling in five catches for 99 yards and pair of touchdowns.

“It feels great to end my career like this. It’s just the way I wanted,” said Holland.

He intercepted Bartlett quarterback Reason Timberlake on an underthrown pass down the middle of the field in the first quarter, and on the ensuing drive he produced the biggest offensive play of the game.

Ja’Sem Atonio, Holland’s quarterback and close friend, rolled to the right and delivered a beautiful ball that hit Holland in stride. The Bartlett cornerback fell down, leaving Holland with only one defender to beat, and he used a series of juke moves that made the Bartlett safety look like he was getting crossed up on a basketball court.

“I caught it and saw the safety coming back at an angle so I knew if I cut back, he’d want to turn around and do a baseball turn and I knew if he had his back to me ... he wouldn’t be able to get me.”

The 69-yard catch and run, which put the Thunderbirds up 20-0, was just one example of Holland’s playmaking ability.

His second touchdown came in the final minute of the first half when Atonio rolled to the right once again. Holland was initially covered but got free to grab a three-yard pass on a sliding catch.

Holland plans to major in communications and continue his football career in college, and his options include Division I Football Bowl Subdivision powerhouse North Dakota State.

While Holland’s departure will cost the Thunderbirds a star receiver, they have one in the making in junior Deuce Zimmerman.

Zimmerman has played on East’s varsity basketball team since he was a freshman, but he’s making noise on the football field too. On Saturday he caught three passes for 81 yards and two touchdowns.

“He obviously flashed,” said East coach Jeff Trotter. “He makes that change between using athleticism and using work ethic. You could see a difference this year and if he keeps it up, he might find out he’s more of a football player than a basketball player.”