Chugiak/Eagle River girls hockey team no longer under the radar after upset of No. 1 Service/East 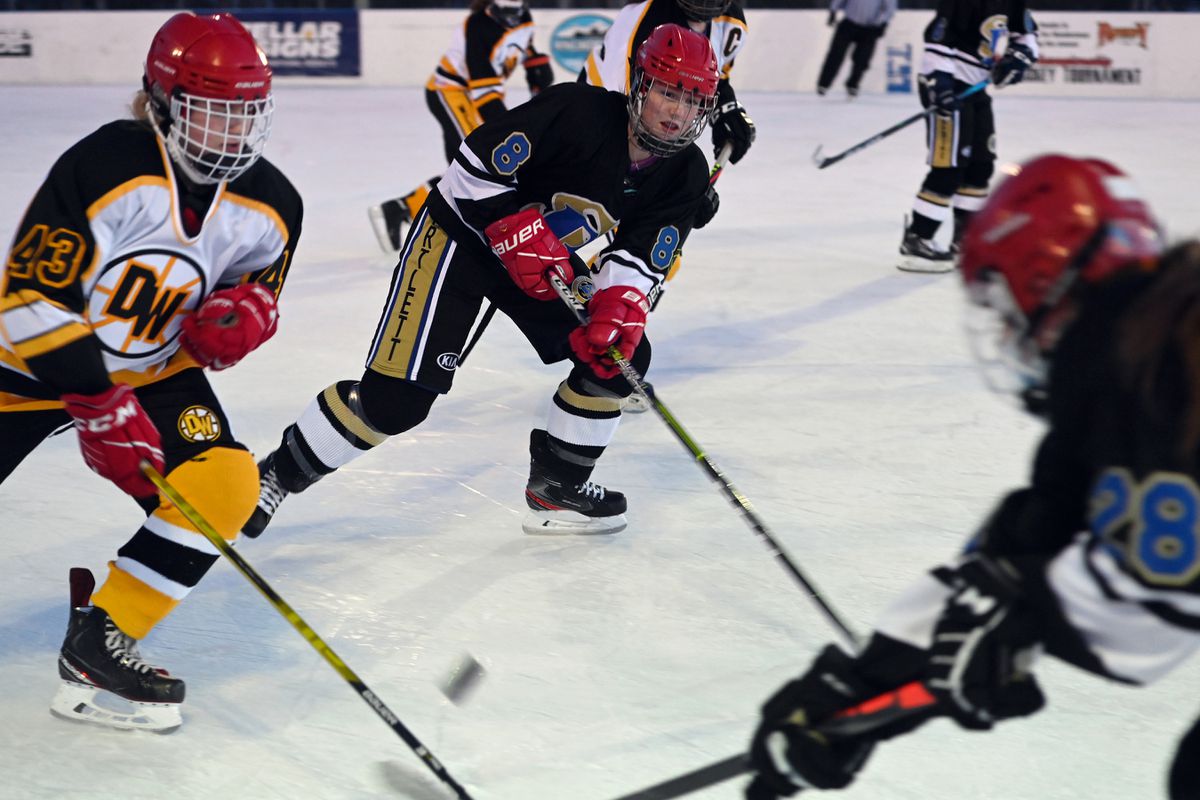 The Chugiak/Eagle River girls hockey team picked the right time to get hot.

After going winless and finishing last in the four-team league’s regular season, it won its first game Monday by beating No. 1 seed Service/East on the first day of the girls high school hockey championships.

Next up for Chugiak/Eagle River is a Wednesday game against Dimond/West, which hopes to bounce back from a Monday loss to South/Bartlett.

The tournament, which is being played in the fresh air of the Bonnie Cusack Outdoor Hockey Rinks, has been won the last two seasons by South-Bartlett.

The rest of the league, however, won’t make a three-peat easy.

“One great thing about the season this year is it has been a very competitive season,” said South/Bartlett coach Bryce Akagi. “Definitely no sure bets.”

But it’s a safe bet that Dimond/West will try to contain Chugiak/Eagle River’s Rian Runyan, who last season scored all six goals in a 6-5 win over Dimond/West.

“She’s coming off a broken collarbone, so she hasn’t been as dangerous this year,” Dimond/West coach Brian Gross said. “But she’s capable at any time.”

“You gotta keep your feet moving if you want to stay warm,” she advised them.

After noting they seemed to take her advice and hustled all night, she added, “I hope it stays like this all week.”