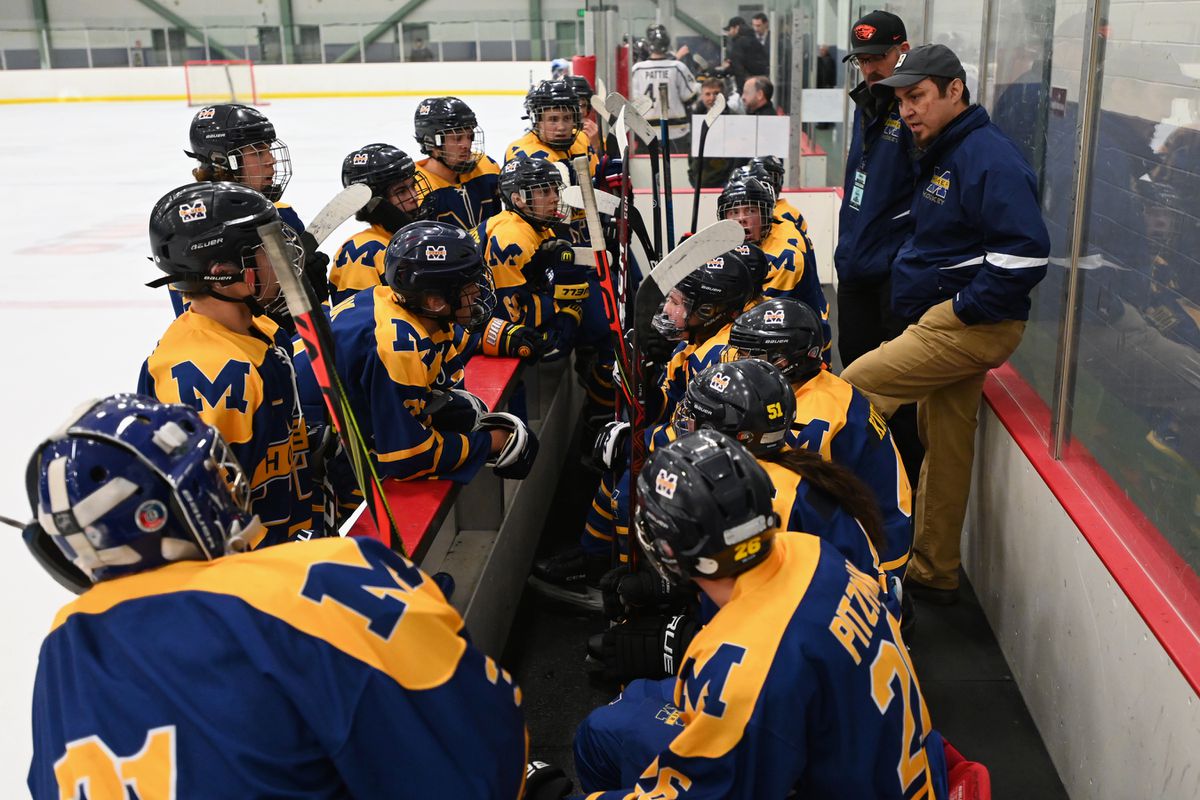 Near the conclusion of last season, members of the Homer High hockey team admitted an eagerness to get home because a championship trophy awaited them.

Fast forward through a tumultuous year, and the Mariners are bringing the traveling trophy back to the state championships, where they’ll get a chance to claim the hardware for another year.

Winners of 2020 Division II First National Cup, Homer is one of four former titleholders in the eight-team field that begins play Thursday at Wasilla’s Menard Memorial Center in the 25th annual tournament for Alaska’s small schools.

Monroe Catholic won the first classification crown in 1997 when small schools played in the 1A/2A/3A division, which later became known as the Greatland Conference and then Division II. Since 2018, schools with an enrollment of 850 or fewer students have skated for DII glory.

The Mariners are joined in the bracket by past champs Houston (seven titles), Monroe (five) and Palmer (one). Kenai, North Pole, Soldotna and Tri-Valley make up the rest of the field.

The three-day tournament is among a handful of state championships being held this school year amid the COVID-19 pandemic.

“As we saw with state cross-country running and tennis, there was a genuine excitement when something was able to be pulled together,” said Alaska School Activities Association executive director Billy Strickland. “Everyone was so appreciative in our coaches’ meeting this week.”

ASAA canceled this month’s Division I First National Cup for schools with 851 or more students because of Anchorage School District restrictions. ASD’s Cook Inlet Conference programs are tentatively scheduled for a regular season to begin about a month from now, and the district’s four girls’ teams recently completed their season on outdoor ice.

Masks are required for all participants, including fans and officials. About 50 spectators per team will be allowed, and seating areas will be disinfected after each contest. Interested fans are asked to contact their schools about attending. For those who can’t attend, games will be livestreamed on the National Federation of High Schools website.

The trophy presentation and all-tournament team announcements will be done with limited fanfare.

“We’ll let the winning team skate around the rink with the Cup for a little bit,” Strickland said. “As strong believers in the importance of what these students are doing, we want to put on as great of a show as possible. It’s a real testament to them for staying active and keeping grades up in whatever format.”