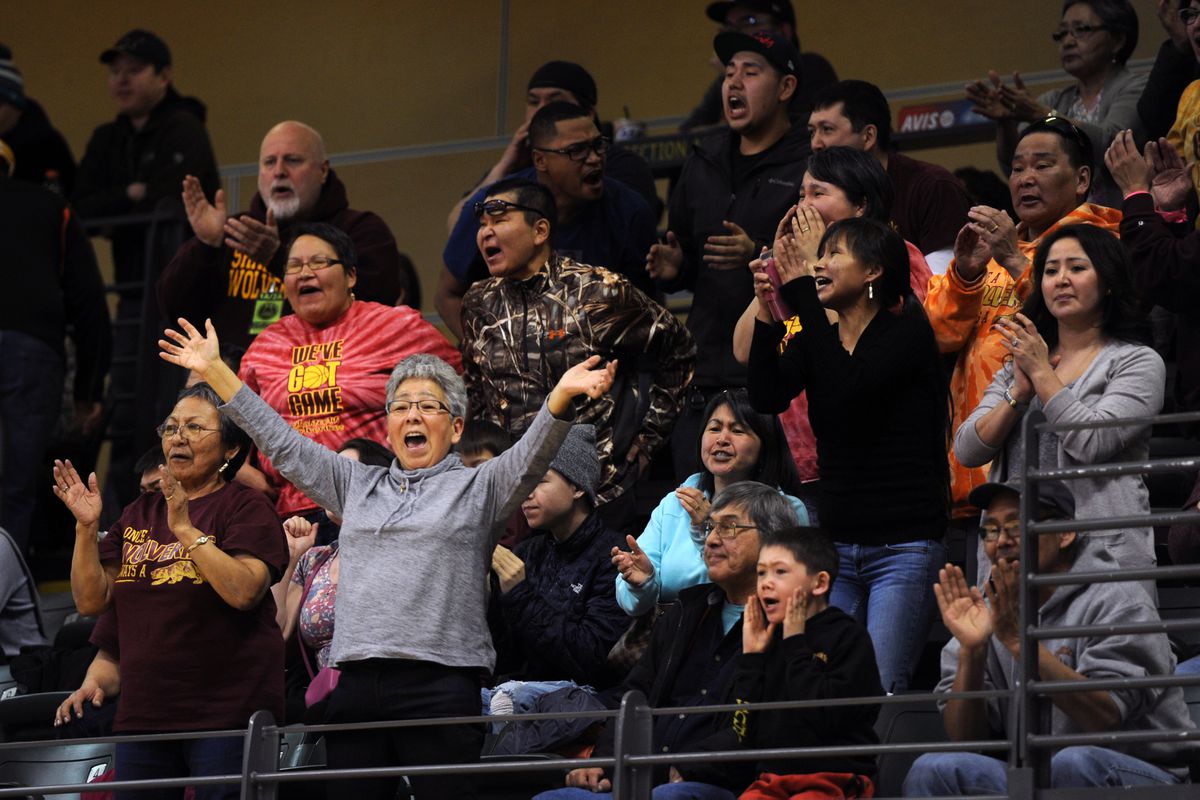 Alaska’s state high school basketball tournaments will be held in the Valley instead of Anchorage, the Alaska School Activities Association said Thursday.

Anchorage’s current COVID-19 emergency order prohibits out-of-town teams from participating in indoor sports competitions in the city, making it impossible to host tournaments that draw teams from across the state.

Last season’s tournaments were canceled because of COVID-19, which was creeping into Alaska at the time. Since then, more than 55,000 Alaskans have tested positive and 286 have died.

The 2019 tournaments drew crowds totaling 32,000 over a two-week span at the Alaska Airlines Center. Of the 80 schools that participated, 69 were from outside Anchorage and many were from small villages with limited health care capabilities.

“A lot of people are going to be happy we’re proceeding with the idea of a state tournament,” ASAA executive director Billy Strickland said, who spent Thursday at the Menard Center in Wasilla, where the Division II state hockey tournament is being held. “Everybody who’s walked into hockey today has been very grateful that we’re having this event.”

He said he’s confident ASAA can run the tournaments safely but cautioned that plans could still change.

“This is the direction we’re moving, but we’re still not guaranteeing a state tournament’s going to happen,” he said. “If we felt we couldn’t safely mitigate it or it wouldn’t be a good idea for the state of Alaska — well, we’ve shut them down before.”

The basketball tournaments are the latest state championships to move from Anchorage to the Valley. Next week’s cross-country ski championships, originally scheduled to be held at Kincaid Park, will instead be held at Government Peak.

Strickland said his organization looked at the Valley and Fairbanks as alternative sites and picked the Valley in part because it will create less travel for teams.

“For most of the state, you’re flying through Anchorage first, so that takes away an extra cost there,” he said.

The Valley doesn’t have the hotel capacity that Fairbanks has, Strickland acknowledged. Palmer High activities director Dale Ewart said that a few years ago while putting together a bid for another ASAA championship event, he counted about 480 available beds.

“We definitely don’t have a ton, it’s one thing we do lack,” Ewart said. “I’m sure we’ll have teams that will stay in Eagle River or Anchorage. Some of the teams in the hockey tournament this week are staying in Anchorage.”

ASAA plans to use four facilities for the first round of each tournament — tentatively, Colony, Wasilla and Palmer high schools and Colony middle school. Each would host games involving the eight teams from a single classification and gender — Class 4A boys at one gym, 4A girls at another, and so on.

Strickland said it’s likely the 32-team Class 1A tournament will have a reduced field, partly because a number of small schools have opted out of basketball this season, and some conferences aren’t sure if they want to travel to a state tournament.

That’s a decision that will be made later, he said.

Early next week, Strickland said, ASAA will decide whether or not masks will be mandatory for players. A number of school districts require athletes in indoor sports to wear masks even while competing — Fairbanks is one of the exceptions — and if ASAA’s board of directors decides to mandate masks, they would have to be worn no matter where the tournament is held.

State tournaments typically provide a lot of business for a host city’s stores and restaurants, but Strickland said he doesn’t scores of players will be shopping or doing other things — in Anchorage or the Valley — this year.

“The typical trip to a state tournament for a kid has significantly changed — they’re not going shopping, they’re not eating out,” he said. “A lot are either renting Airbnbs or bed-and-breakfasts and cooking or bringing food or ordering out.”

Ewart said that will be the case next week when Mat-Su basketball teams make their first out-of-district road trips of the season. Colony, Palmer and Wasilla are all traveling to Fairbanks, and the rules will be strict.

“We’re not going into any stores,” he said, “and the booster clubs are going to cater food or have food delivered.”