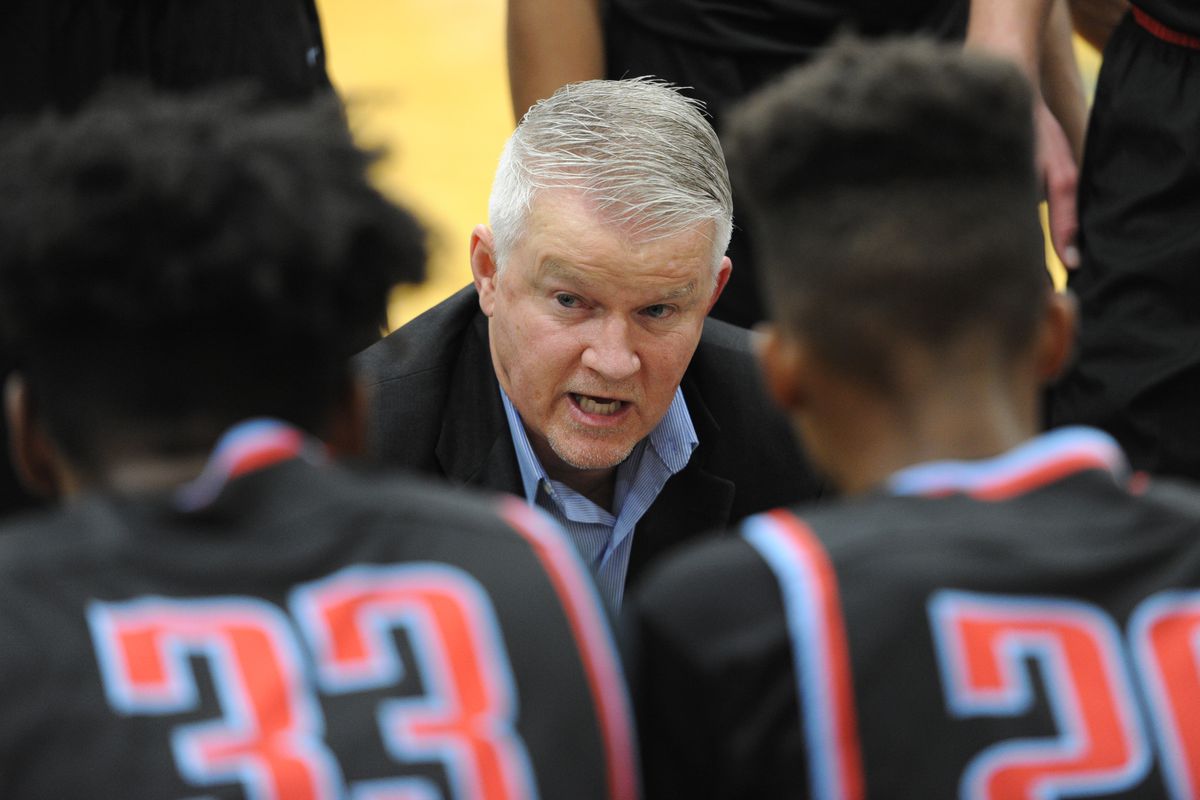 The East High Thunderbirds put their undefeated record on the line Friday night when they welcomed the Dimond Lynx to their home court. After a tightly contested first half, they pulled away to improve to 10-0 with a 63-48 win.

“I thought Brad (Lauwers) did a great job of getting Dimond ready to go against us,” East coach Chuck Martin said. “I thought they had the upper hand and I told our guys at halftime that we were the reactors and they were the actors.”

Hasaan Herrington and Jahbez Sellers accounted for 41 points. Sellers led the team with 21 and did the vast majority of his damage from behind the arc with a game-high five 3-pointers. Herrington had points 20 and hit a 3-pointer of his own.

Both were powerful presences in the paint but it was Herrington who really commanded the glass. That dominance was on full display on a vicious dunk in the third quarter when he got the ball in transition off a fast break then proceeded to slam it down with authority.

“I got a lot stronger this season and it helps our team and helps us play better when I get down in there,” Herrington said.

East led 29-26 at halftime, and then Sellers came into the second half red-hot from the perimeter. His 14 points in the third quarter included four 3-pointers that propelled East to a 54-40 lead going into the fourth quarter.

“Bez got us going in the second half with the threes and we got some separation because of that,” Martin said. “I thought we executed getting quality shots against their zone.”

Dimond, which dropped to 8-2, gets another shot at East next Friday, the final day of the Cook Inlet Conference regular season. The Lynx were led by Luke Johnston’s 18 points and Bladi Lena’s 13.

With the win, the Thunderbirds clinched the No. 1 seed for the CIC tournament and Martin racked up his 399th career win as an Alaska high school coach.

“We haven’t accomplished anything yet,” he said.

Being back on the hardwood is accomplishment enough in a 12-month span turned upside-down by the pandemic. East finished the 2019-20 regular season as conference champions with a 20-4 record and felt primed for a run at the state title before all postseason play was canceled last March.

“It most definitely puts a chip on our shoulder,” Herrington said. “We thought we were going to win it all last year.”

While the pandemic has done an effective job of keeping classmates, family and friends apart, it hasn’t stopped the Thunderbirds from getting closer as a team every chance they get.

“We had to find ways to get together,” Martin said. “We had a lot of limitations on us. The municipality, executive orders, school district. When they did open up, we always got together. Sometimes when we couldn’t get to a gym, we’d go out to a park somewhere.”

Herrington and others spent an extended season with each other getting stronger and building camaraderie.

“We came together and got better. We all want the same result,” Herrington said. “Nothing is promised and we don’t even know if we’re going to finish this year. We’re just playing every game like it’s our last.”

The South Wolverines clawed their way out of a huge hole and took control in overtime to beat the Service Cougars.

Service led 29-13 at the half and 38-29 after three quarters. South roared back to tie it 41-41 at the end of regulation and then owned overtime.

Reece Ivanoff pumped in 23 points and Aidan Ohlson scored 16 for the Wolverines.

Jackson Wall caught fire in the third quarter to score 16 of Chugiak’s first 20 points. He drained four 3-pointers to spur the Mustangs to an early nine-point lead and finished with a game-high 28 points.

In Friday’s other CIC game, West held off winless Eagle River 53-48. No statistics were reported.

The big showdown of the night came in the early game at East High, where the Dimond Lynx staged a fourth-quarter comeback to slip past the Thunderbirds by a single point.

Dimond’s Luciandra Henry provided the winning points by draining a 3-pointer with a minute left.

Down by eight points after the third quarter, the Lynx outscored East 19-10 in the final quarter behind Lewanne Brower’s eight points and Kayla Pili’s six. Brower and Pili both finished with 17 points.

Amelia ‘Uhila surpassed the 1,500-point mark in her stellar career as undefeated Bartlett breezed past Chugiak.

‘Uhila, a senior guard headed to Division I Portland State, had 11 points and five rebounds to increase her career point total to 1,501. She hit the 1,500-point mark with 2:46 left in the game.

Mariya Oliver chipped in 10 points and eight steals and Adam Kaganak tossed in 11 points for the Golden Bears, who led 5-4 after the first quarter before stepping up scoring pace to run their record to 10-0.

Balanced scoring carried the West Eagles past Eagle River, a victory that vaulted the Eagles into a three-way tie for third place in the CIC.

Coupled with losses by East and Chugiak, West’s win creates a logjam in the CIC standings — all three teams are 6-4 with two games left in the regular season.