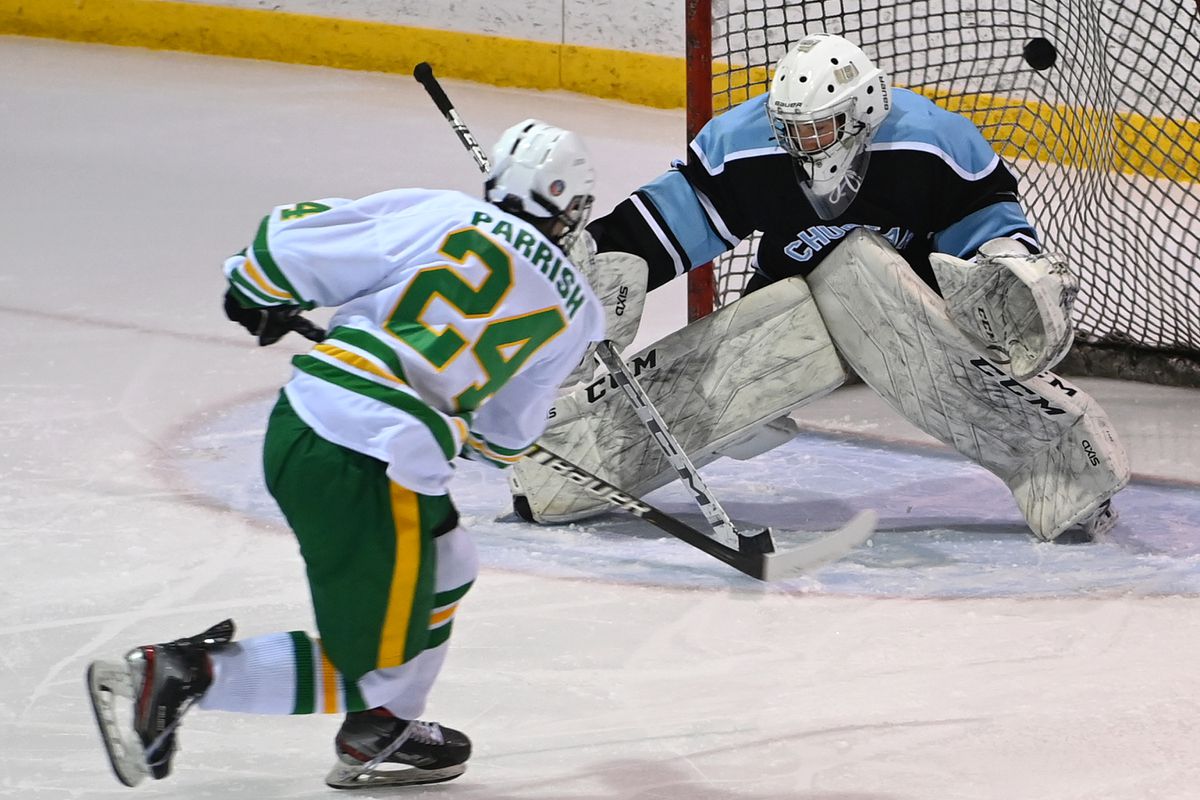 Goals were easy to come by in the first game, especially for the third-seeded Service Cougars, who used goals from seven players to roll past sixth-seeded Chugiak 7-4.

Goals were at a premium in the late game, where fourth-seeded Eagle River needed overtime to get past fifth-seeded West 2-1.

The game was scoreless until the third period, when Gavin McDonald scored for Eagle River and Marty Tumey scored for West.

West, which finished the season with a 4-8 record, got a 39-save performance from Jasper Carpenter. Olin Kelliher stopped 13 shots for Eagle River.

In the early game, Service got short-handed goals from Thomas Edmondson in the first period and Jonathan Fisher in the second period.

The Cougars led 3-1 after one period on goals from Zackery Parrish, Jaden Hope and Edmondson. Wyatt Hickoff, Morgan Pagels and Fisher added second-period goals for a 6-3 Service lead, and Jack Carter scored in the third period.

Service goalie Aidan Efird made 15 saves to help his team improve to 7-5. Daegan Love had 33 saves for the Mustangs, who ended the season with a 4-9 record.

The championship game is 6:30 p.m. Saturday at Ben Boeke.