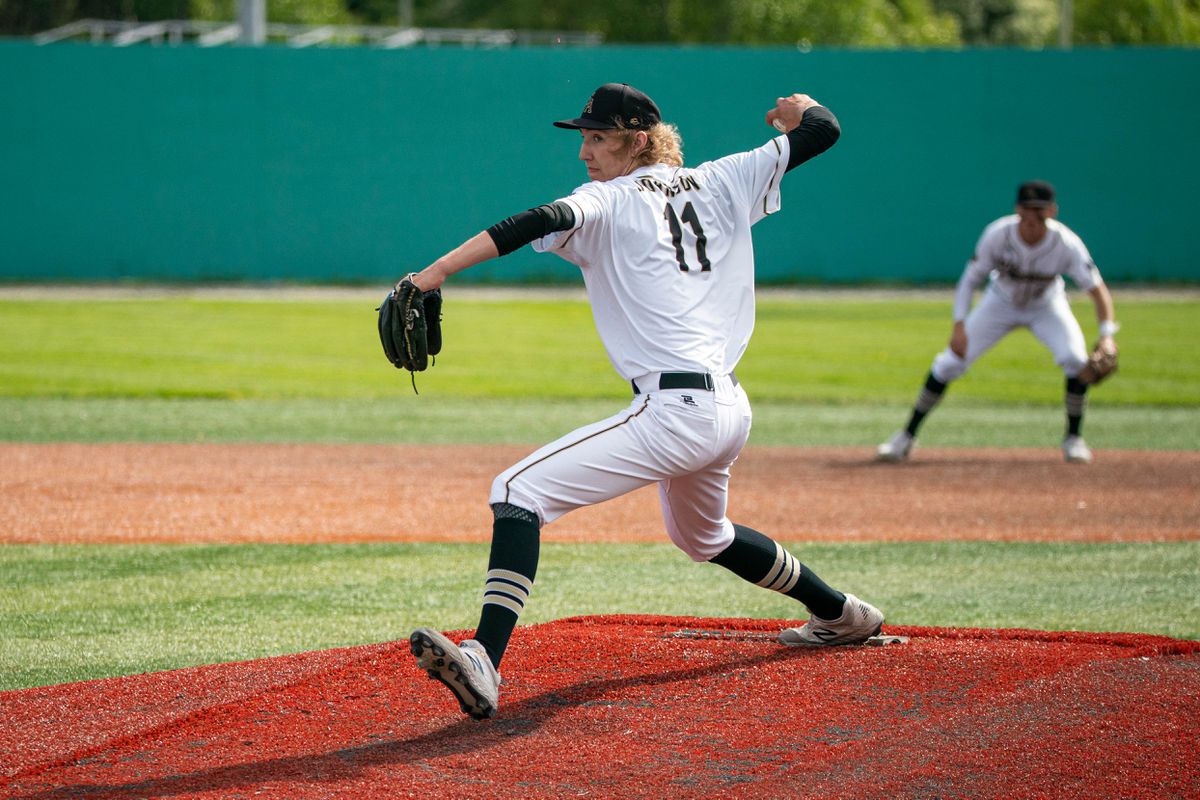 Dylan Maltby took proud ownership of the championship trophy for several minutes after Saturday’s awards ceremony at the Division I state baseball tournament at Mulcahy Stadium. The hardware was with him for multiple photos and multiple postgame speeches from his coaches.

It wasn’t until a teammate asked for it while Maltby talked to the media that the South High senior catcher gave it up, somewhat reluctantly, and with plans to take possession again soon.

“I don’t want to put it down,” a grinning Maltby said after the Wolverines dismantled Colony 19-0 in a championship game that ended in five innings because of the mercy rule.

A sun-splashed announced crowd of 849 looked on as juniors Sean Giffen and Curtis Hebert each collected three hits and senior Maddux Soland blasted a three-run homer to left field in the top of the fourth inning.

It was the first long ball to fly over the new, very-green Mulcahy fence, giving Soland a piece of ballpark history.

“It’s cool when you hear that,” said Soland, who is named after Hall of Fame pitcher Greg Maddux to go with brother Gehrig and sister Maris. “Sitting back, waiting for a fastball, coaches say to not try to do too much. Take a normal swing and it’ll go if you connect.”

The Wolverines outscored their three state tournament opponents 40-7. South won its regular-season matchup against upstart Colony 11-0 on April 30 and did much the same in the rematch, which closed out the 2020-21 Alaska high school sports calendar.

Baseball is Maltby’s first love, and he held onto the trophy as long as he did because he wasn’t always sure how his senior season would go.

A running back on South’s football team, Maltby broke his ankle in early October. He missed the last few football games and was out of all athletic action for about eight weeks. Maltby said his father suffered a similar injury as a kid, and it resulted in micro-fracture surgery about eight years ago.

“Part of me was most definitely wondering what might happen,” Maltby said. “You know ankle injuries can affect you life-long. My dad still struggles, absolutely.

“Coming back was pretty intense. Just getting back in the gym, you do gain weight when you’re injured and I most certainly did, not going to lie. Made it a mission of mine to get back in playing shape.”

Maltby said he shed about 30 pounds in the buildup to baseball. He plans to play collegiately at Hesston College, a junior college in Kansas.

Thirteen of South’s 20 rostered players are seniors, a group of closely connected kids who have played together since they were 9.

“It’s been a special journey,” Maltby said. “It’s amazing, being able to win something so prestigious.”

Colony finished the season 14-3 and played in the DI title game for the first time. Senior Ben Alley picked up the pitching victory in Friday’s 9-6 semifinal win over Eagle River and was one of two Knights named to the all-tournament team.

“Making history for Colony High School was a big deal for us,” Alley said. “Playing in this game was a little surprising, but we loved doing it.

“This squad knew how to grind it out even though it was hard.”

Colony’s runnerup showing added to a big day for Valley baseball. Palmer won the inaugural Division II title for schools with enrollments of 850 students or fewer by defeating Kodiak 7-3 at Wasilla High on Saturday.