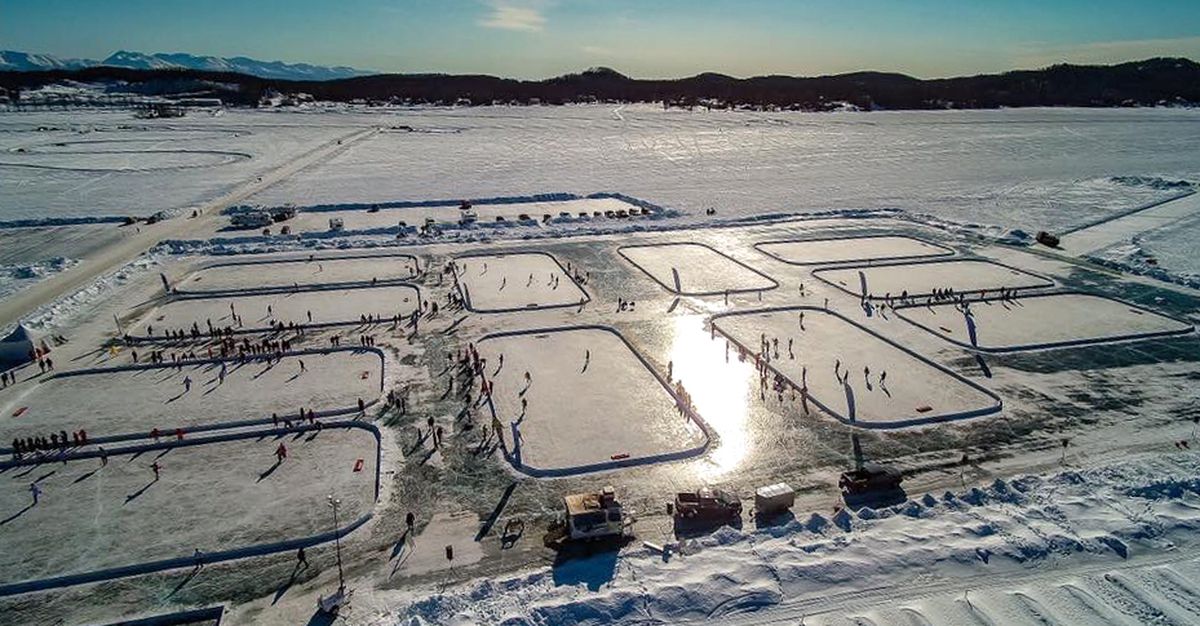 “People ride up to the games on their snowmachines,” said Hailey Gill, 29, of Anchorage.

The tournament, which started as The Last Frontier Pond Hockey Classic in 2015 before outgrowing Goose Lake, is now held on Big Lake, and it’s more than pond hockey.

It’s a festival on ice.

In addition to the March 8-10 games, there will be a concert, a fireworks display and dog sled rides — all for free.

The Classic has a place for every player. There are nine divisions, including an over-49 class, a women’s division, coed competition and several youth divisions.

The lake provides a place for everyone to park. You can anchor your RV on the ice for all three days for $15, and daily parking is $5. All of the parking proceeds go to the Houston High hockey association, whose players serve as parking attendants.

Each team is made up of six players, but for squads that need a player or two or players who don’t have a team, there is a free-agent board on the website. The deadline for players and teams to sign up is March 1.

The action will be fast and furious. There will be 14 rinks with teams playing on a running clock — two 15-minute halves with a two-minute halftime. For those who would like to warm up but aren’t playing, there will be a sheet of ice for skaters who aren’t in the tournament.

The Classic is more than a tournament for some. For some, it’s a destination.

Jan Rumble of Homer and her teammates rent a house on the lake for the weekend.

“The Alaska hockey community is tight,” she said, "and perhaps no other tournament displays this camaraderie better than this tournament.”