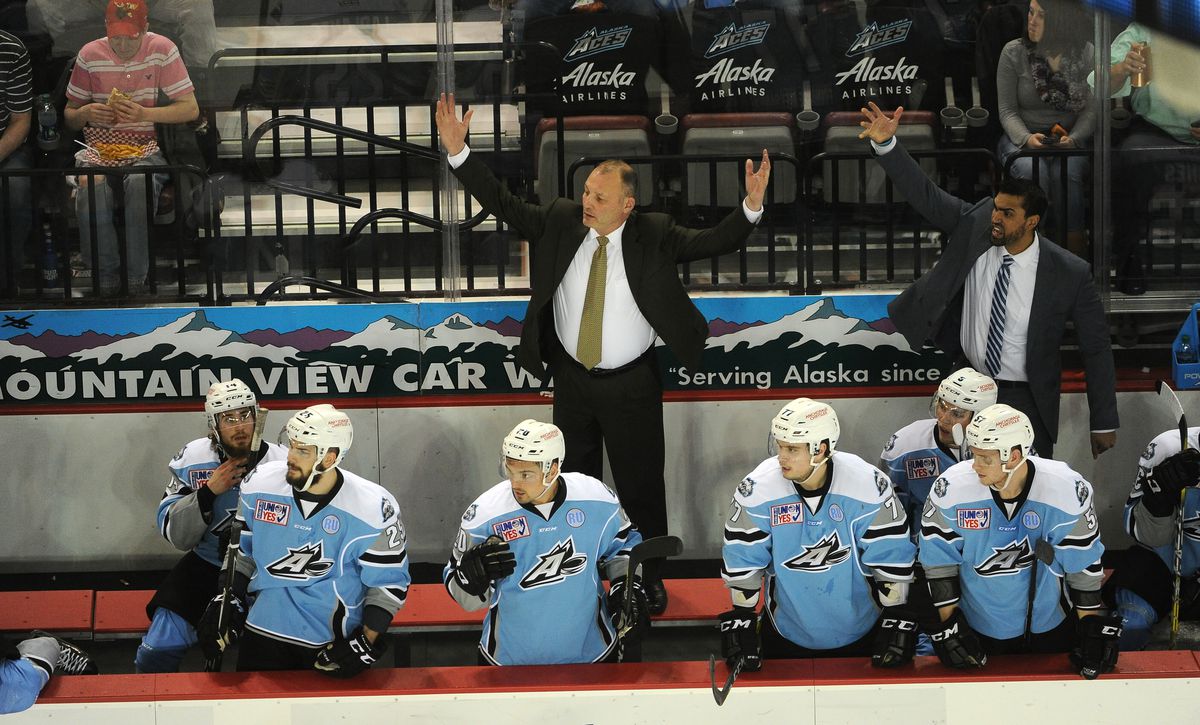 An older yet familiar version of the beloved hockey team is coming back to Anchorage for a one-night stand in November — an alumni game that is nearly sold out after a week’s worth of ticket sales.

About 5,600 tickets to the Nov. 9 game at Sullivan Arena have been sold, according to Louis Imbriani, board president of Alaska Aces Alumni Inc., a nonprofit group that is making the game happen.

“It all started with a Facebook page and it expanded from there, and now we have a game,” he said.

If the game is a sellout — a definite possibility, given Sullivan’s capacity for hockey is about 6,300 — a second game could be added, Imbriani said.

The Aces were for years Anchorage’s most popular sports team, the winners of three Kelly Cups during 14 seasons in the ECHL, a pro league two steps below the NHL. Attendance was dwindling and the franchise was losing about $1 million a year when the Aces folded at the end of the 2016-17 season.

Imbriani said rosters will be announced at a yet-to-be-scheduled reveal party, but the captains for the two alumni teams have been named — former Aces players Nick Mazzolini and Keith Street. Mazzolini was the captain of the 2014 Kelly Cup champions and Street was a prolific scorer back in the 1990s when the team was known as the Anchorage Aces and played in the West Coast Hockey League.

So far about 50 players plan to participate, Imbriani said.

“They’ll either be playing, coaching or in attendance,” he said. “… A lot of them are super excited to get back into the Sully and in front of Anchorage fans again.”

Most of the players are retired from pro hockey and live in Alaska, Imbriani said. “We’re flying in about 15 guys from the United States and Canada,” he said.

The game is a benefit for Toys for Tots and the Armed Forces YMCA. The goal is to raise $50,000 for each charity, “and we’re on track to beat that mark right now,” Imbriani said.

Alaska Aces Alumni, Inc., is raising money through sponsorships and ticket sales ($13 for general admission, $28 for lower bowl reserved seats; available with no extra fees at the Sullivan Arena box office or with fees at Ticketmaster).

Imbriani said inspiration for the Facebook page came at February’s Guns ‘n Hoses game, an annual charity hockey game between Anchorage police and firefighters. Announcing the game was Bob Lester, the former Aces public-address announcer who used his booming voice to fire up a crowd of about 3,200.

“Bob said, ‘Aces fans, where are you?’ and the 3,200 people in that arena just exploded,” Imbriani said. “The cowbells were ringing, the fans were cheering and the feet were stomping.”

Imbriani, Lester and Kevin Hao were blown away by the show of affection. They began thinking about a reunion game and got things going with a Facebook page that attracted 2,000 followers in its first three days of its existence. Then they created Alaska Aces Alumni Inc.

“It’s not our intent to try and bring the Aces back,” Imbriani said. “If it happens as a by-product, we’d be very happy to see that happen.

"We’ve been reaching out to different members in the hockey community, professional and juniors, to show them the interest, to show how much Anchorage loves their hockey. We’re definitely trying to take the steps to show people the Sullivan Arena needs hockey.”

The alumni game is happening on Veterans Day weekend, which promises to be a big one for Anchorage sports fans.