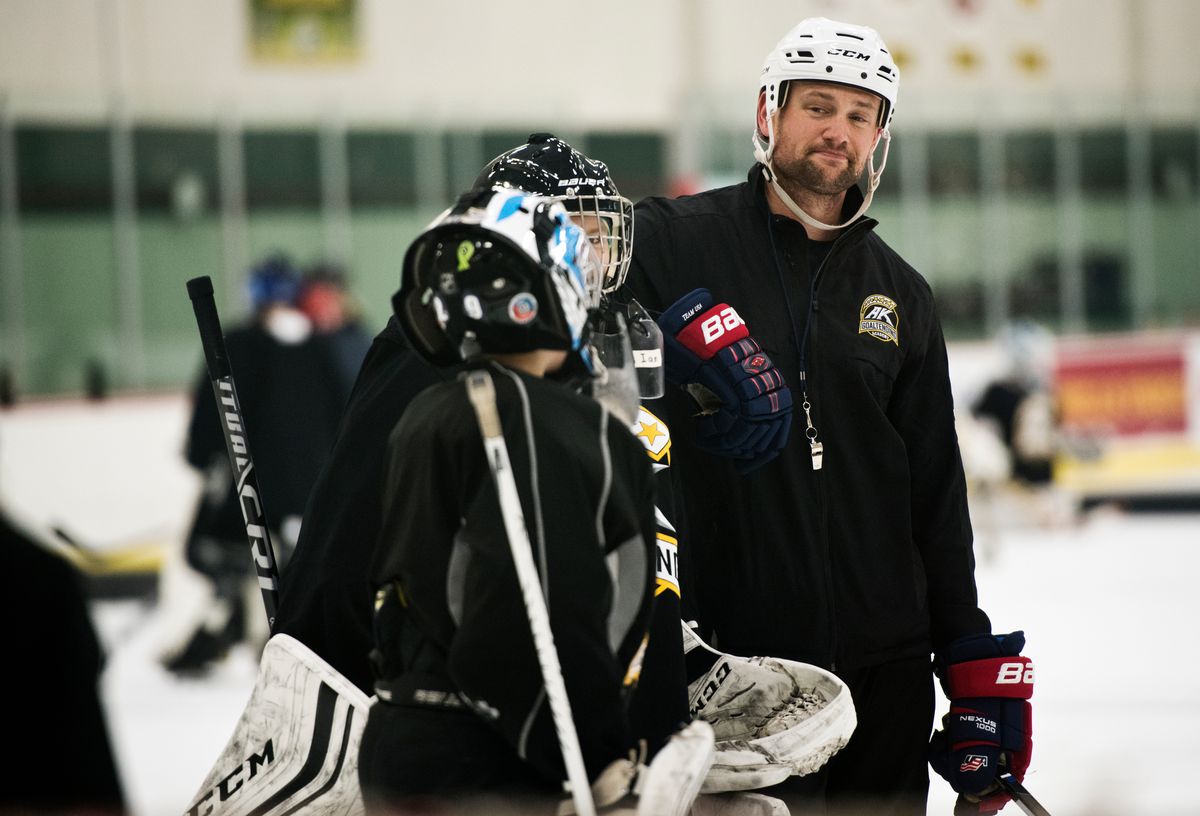 As his parting shot in Alaska, Steve Thompson is teaching kids how to stop shots.

Thompson, who made an impact at both of Alaska’s college hockey programs, is running his final goalie camp this week as the founder and head instructor at the Alaska Goaltending Academy.

Thompson, 30, is headed to Colorado Springs, Colorado, where he will be USA Hockey’s manager of goaltending. He’s a longtime Alaskan who grew up in Anchorage, played goalie for four seasons at UAF and coached goalies for two seasons at UAA.

“It’s bittersweet,” Thompson said. “This is home. But it’s a huge honor.”

Thompson has been involved with USA Hockey since 2014, most recently as the goalie coach for the U.S. women’s team that won the gold medal at this year’s world championships.

In recent years Thompson has traveled the world for USA Hockey while also helping to develop a number of Alaska goalies.

He has worked with Pheonix Copley, who just finished his first full season in the NHL, as well as the last two Alaskans to be drafted by NHL teams — Jeremy Swayman (a fourth-round Boston Bruins pick in 2017) and Isaiah Saville (a fifth-round pick by the Las Vegas Golden Knights earlier this month). He has also coached Hannah Hogenson, the South High goalie who is headed to Bemidji State to play women’s college hockey and who is helping coach at this week’s camp.

Thompson has a theory why Alaska has such a long history of producing top goalies like Ty Conklin , who retired in 2012 after 11 seasons in the NHL, and Pam Dreyer, who won an Olympic bronze medal with the U.S. women’s team in 2006.

“They get a lot of experience up here,” he said. “In New York, Boston, Minnesota, there’s so many players that you get weeded out, but up here there’s not as many people taking minutes away from you.

He also has an alternate theory: “There’s something in the water.”

Thompson became a goalie at age 8 after seeing the Anchorage Aces play in 1998 and becoming a fan of Brian Renfrew. He started his goaltending academy in 2017 and is proud of the impact it has made.

“We’re creating a really cool environment that goalies are proud to be part of,” he said.

On Friday, a bunch of those goalies will gather on the ice at the Wells Fargo Sports Complex for a group photo, something Thompson can’t wait to see.