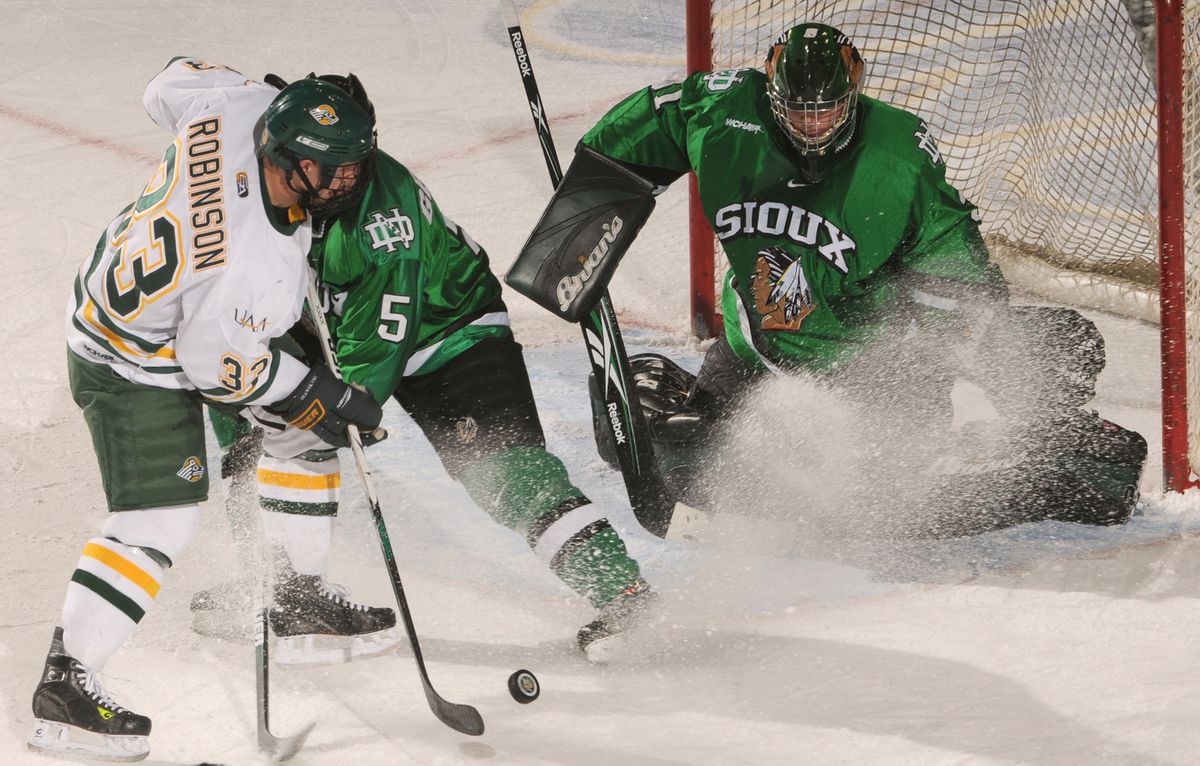 Don Lucia, the retired University of Minnesota Gophers men’s hockey coach, has a special place in his heart for Alaska. He began his coaching career there, started a family there and now spends about half the year there. Lucia, it’s safe to say, has his finger on the pulse of college hockey in the Last Frontier.

So, when the announcement came last Friday afternoon that seven WCHA teams have started the process of withdrawing from the league and forming a new men’s hockey conference that wouldn’t include current members University of Alaska Fairbanks, Alaska Anchorage and Alabama Huntsville, the news wasn’t a total surprise to Lucia.

"I knew there were concerns on a number of fronts about the travel up here and Huntsville," Lucia said by phone from his home in Soldotna, on Alaska's Kenai Peninsula. "And the institutional commitments were questioned."

However, the news that Minnesota State Mankato, Bemidji State, Bowling Green, Ferris State, Lake Superior State, Michigan Tech and Northern Michigan were breaking away blindsided the rest of the WCHA.

WCHA Commissioner Bill Robertson has declined to comment beyond a statement that the conference will ensure members withdraw in accordance with its bylaws, which will keep those teams in the league for the next two seasons.

But the future of college hockey in Alaska already is uncertain, especially with the two schools facing a new wave of budget cuts that were also announced last week.

“You never want to see programs go away because there’s just not that many,” Lucia said of the 60 current teams playing NCAA Division I hockey. “The budgets aren’t the same up here (in Alaska) as when the oil was really cooking in the ’70s, ’80s and ’90s.”

Friday's developments continued a decade of change that has rocked the college hockey world, especially the WCHA. From the Big Ten siphoning off the Gophers and Wisconsin to help form its hockey league, to national powers like North Dakota and Denver responding by leading the charge for a super league (the NCHC), it's been a lot for fans to digest.

The new WCHA, which added the orphans from the CCHA’s breakup, debuted in 2013-14, and with it came travel challenges. The footprint, from Fairbanks to Huntsville, covers more than 4,000 miles.

“The biggest issue is the budget and what’s going to happen with the whole university system,” said Lucia, a former head coach at Alaska and former assistant at Anchorage. “How many people get hit with a 40% budget cut?”

Added Alaska Anchorage coach Matt Curley: "Your classic one-two punch. I wasn't expecting to wake up to that."

The Alaska Legislature can attempt to override the veto, but if that fails …

"There will be no options except deep cuts to multiple departments and programs across the entire campus," Alaska Anchorage athletic director Greg Myford said. "We can't be certain how it will impact hockey, or any other sport, specifically at this time, but it's safe to say that some difficult decisions will be in front of us."

Both schools are looking at arena solutions. In Anchorage, the Seawolves will move this fall from a city-owned arena to a smaller, university-owned rink. In Fairbanks, the Nanooks are exploring a similar move by 2020-21.

The rest of the WCHA has no interest in downsizing.

"You want to associate with like-minded institutions in terms of commitment to facilities, to funding, to coaching salaries," Kurtz said.

Of the three teams getting left behind, Fairbanks was the most successful, finishing third in the WCHA standings in 2014 and fourth in 2015. Otherwise, there have been repeated struggles. The trio of teams combined to go 7-57-3 in nonconference play over the past three seasons.

"That was a concern with affecting the league as far as getting multiple teams in the NCAA tournament," Lucia said.

Who will be the eighth team?

The new, yet-to-be named conference -- "We hope to have that announced very soon," Kurtz said -- has seven members and an opening for an eighth.

"There's no question that we think there are other institutions that would be interested in being part of this endeavor," Kurtz said.

One is Alabama Huntsville, which in April announced plans for a new multipurpose on-campus arena and is in the early stages of fundraising. The school isn't giving up on a possible invitation from the new league.

"We want to be that eighth team," Chargers coach Mike Corbett said.

There is only one independent team in Division I men's hockey, and that's Arizona State. Sun Devils officials discussed joining the WCHA but broke off talks with the league in 2017.

There is, however, a potential option that sits comfortably in the new league's footprint: St. Thomas, which is being pushed out of the MIAC.

St. Thomas athletic director Phil Esten declined to comment on his school's plans or the new league. But count Lucia as one who hopes the Tommies move up to Division I in hockey.

“It’d be great if they did. They could have a nice little program, similar to Colorado College,” he said. “The biggest question they have is facility. It would be great addition for the WCHA or whatever the new conference is or the NCHC.”