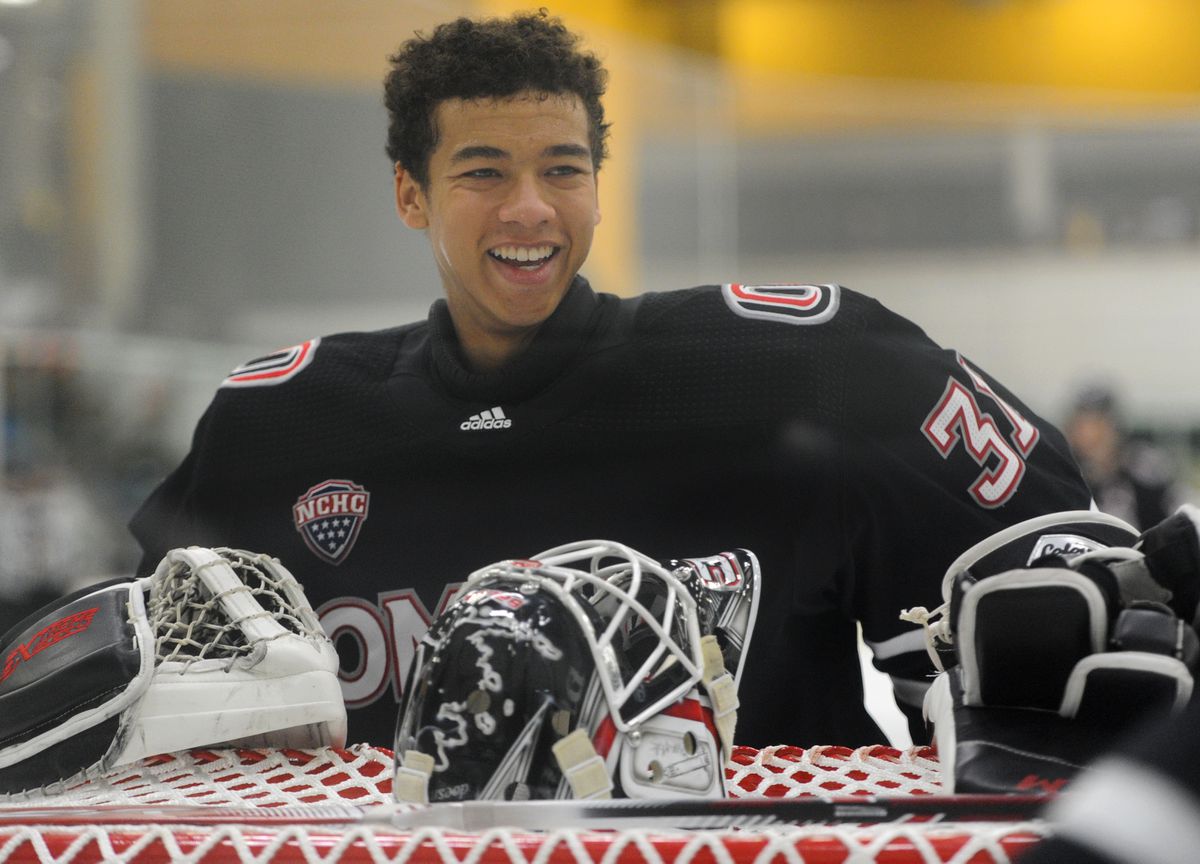 Anchorage goaltender Isaiah Saville is one of three goalies still on the U.S. roster for the 2020 World Junior Championships. (Bill Roth / ADN archive)

Anchorage goaltender Isaiah Saville is one of three goalies still on the U.S. roster for the 2020 World Junior Championships. (Bill Roth / ADN archive)

He hasn’t made the final roster, but odds are good that Anchorage goaltender Isaiah Saville will celebrate the new year in the Czech Republic as a member of USA Hockey’s World Junior hockey team.

The preliminary roster was cut from 28 players to 26 this week, and three more players will be cut before the final roster of 23 is announced next week.

Saville will compete for playing time with fellow goalies Spencer Knight of Boston College and Dustin Wolf of the WHL’s Everett Silvertips.

If he makes the final cut, Saville will become the ninth Alaskan to skate for the American men’s team. The last player to make the team was Jeremy Swayman, an Anchorage goaltender who was part of America’s bronze-medal team at the 2018 tournament.

The United States will be part of a 10-team field at the World Juniors, which runs from Dec. 26 to Jan. 5 in Ostrava and Trinec, Czech Republic. The tournament showcases the world’s best players under 20. The Americans won the silver medal at last season’s World Juniors.

A 19-year-old in his first season of college hockey at Nebraska-Omaha, Saville has a history of success with USA Hockey.

Last season, he helped the United States win the World Junior A Challenge. He recorded a 25-save shutout to lead the Americans past Russia 2-0 in the championship game and was named the player of the game. Last spring, Saville won USA Hockey’s Dave Peterson Goalie of the Year award.

Saville played one season of high school hockey in Anchorage, lifting the West Eagles to the state championship as a freshman before heading off to play junior hockey in the Lower 48. Last summer, he was drafted by the Las Vegas Golden Knights in the fifth round of the NHL draft.