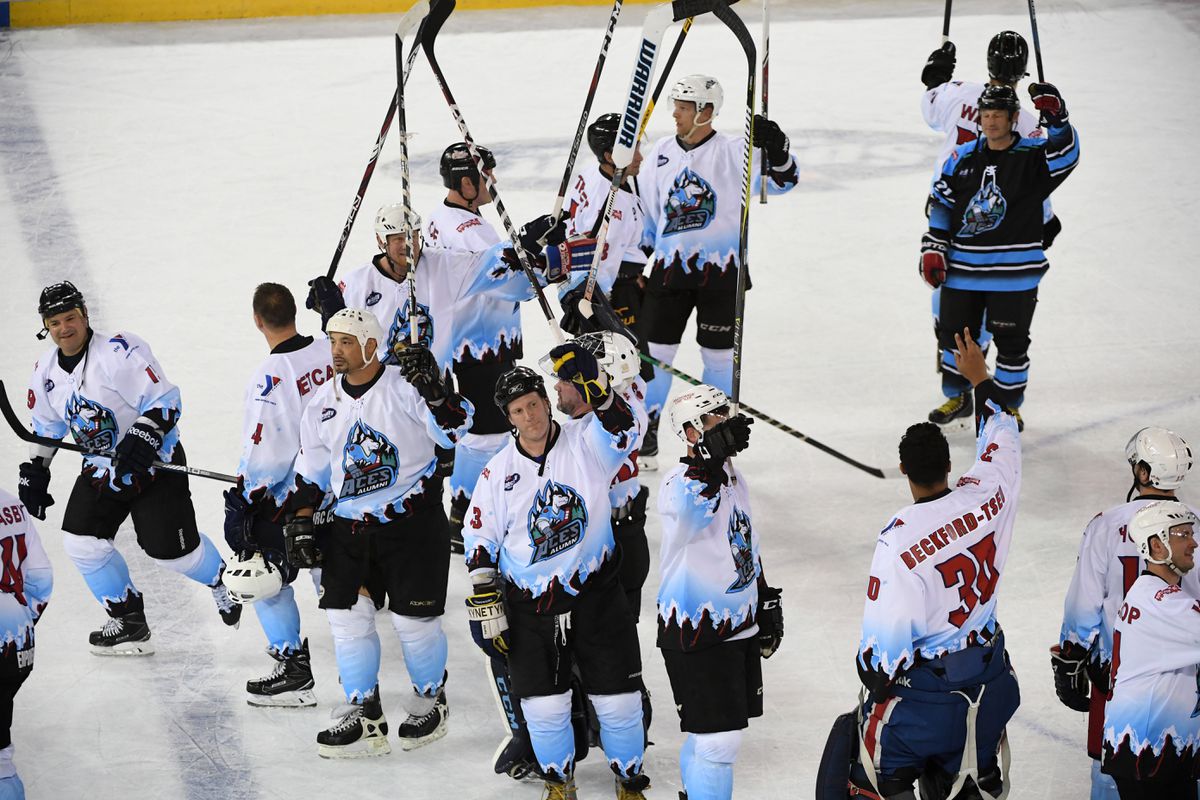 The group that organized last month’s Alaska Aces reunion hockey series has distributed more than $200,000 to statewide charities and is hinting there may be more hockey to come.

Big crowds showed up for the Nov. 8-9 series at Sullivan Arena that showcased former players of the Alaska Aces, the minor league hockey team that folded at the end of the 2016-17 season.

Most of the profits went to four Alaska charities and one military booster group, which received donations totaling $201,652.50:

“That’s all but about $5,000 that we kept to cover any bills we still might have and to seed another event,” Imbriani said.

Another alumni game is a distinct possibility, Imbriani said; also under consideration is bringing teams to town for an exhibition game or series.

Imbriani said the alumni group isn’t looking to start a North American Hockey League junior team in Anchorage but would support efforts by others to do so. The junior league already has teams in Fairbanks and Kenai.

“I’ve been hearing rumors a team could possibly be coming," Imbriani said. "We’re not a part of it, but we have been reaching out to help.”