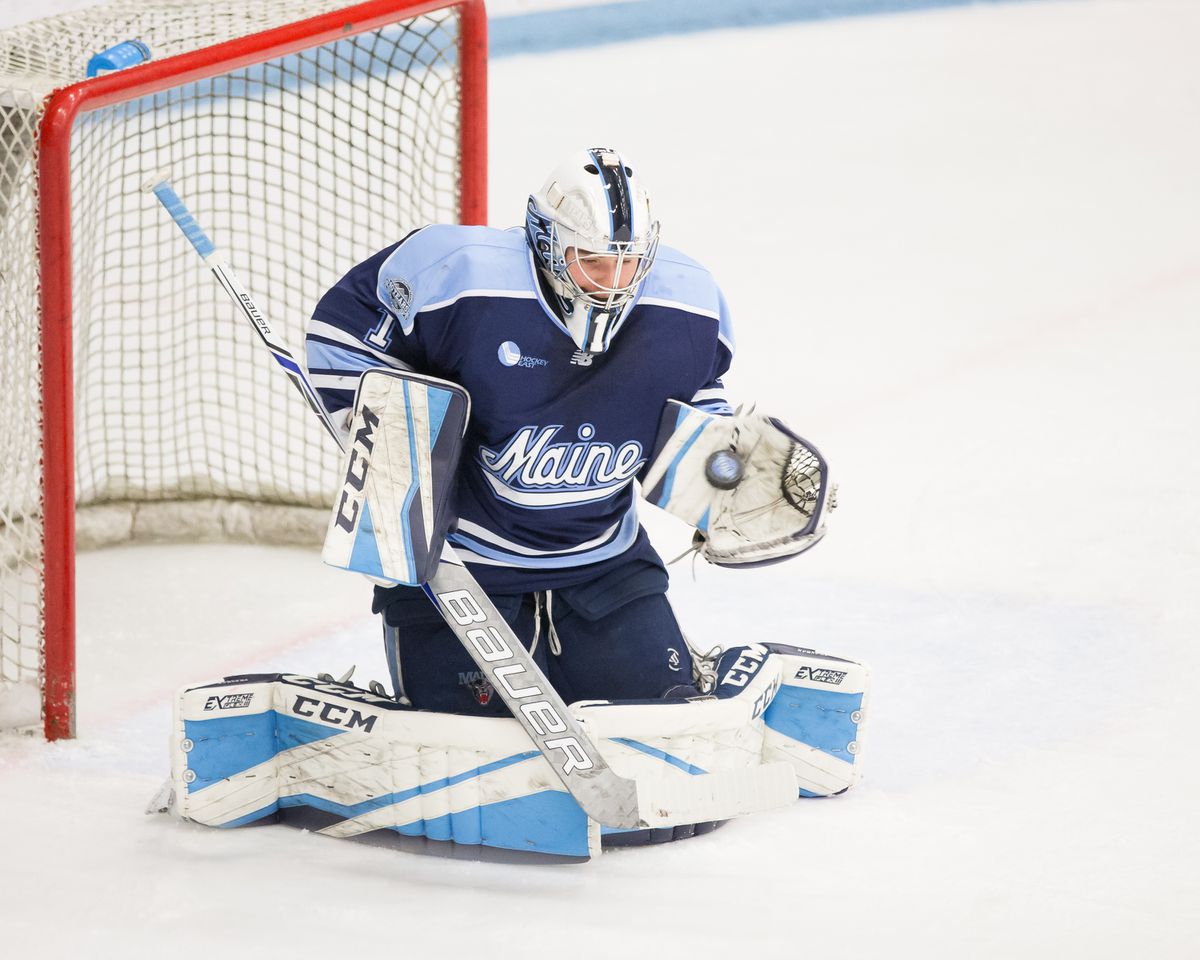 Anchorage goaltender Jeremy Swayman, who faced more shots and made more saves than anyone else in Division I college hockey this season, was honored Saturday with the Mike Richter Award, given annually to college hockey’s top goalie of the year.

He was a runner-up for an even bigger honor — the Hobey Baker Award, which goes to the top player regardless of position.

This year’s Hobey Baker went to Scott Perunovich, a junior defenseman at Minnesota Duluth. Swayman and North Dakota forward Jordan Kawaguchi were the other finalists.

Swayman, 21, faced 1,170 shots and made 1,099 saves to lead the nation in both statistical categories. His .939 save percentage was the second-best in the nation and his 2.07 goals-against-average was the 14th best.

He started 33 of 34 games and played more than 2,000 minutes for the Black Bears. His 18-11-5 record included three shutouts, including a 48-save performance in a 1-0 win over Providence in his final college game.

Days later, Swayman signed an entry-level contract with the Boston Bruins, who chose him in the fourth round of the 2017 NHL draft.

Swayman, who played two seasons at South High before moving on to junior hockey, is the first Alaskan to win the Mike Richter Award. He was vying to become the second Alaskan to win the Hobey Baker Award, which went to Anchorage’s Matt Carle in 2006 when Carle was a star defenseman for Denver University.

Perunovich and Kawahuchi both played in the National Collegiate Hockey Conference. Perunovich scored 40 points for Duluth, and Kawaguchi scored 45 for North Dakota. Perunovich recently signed with the St. Louis Blues, while Kawaguchi intends to return to North Dakota for his senior season.