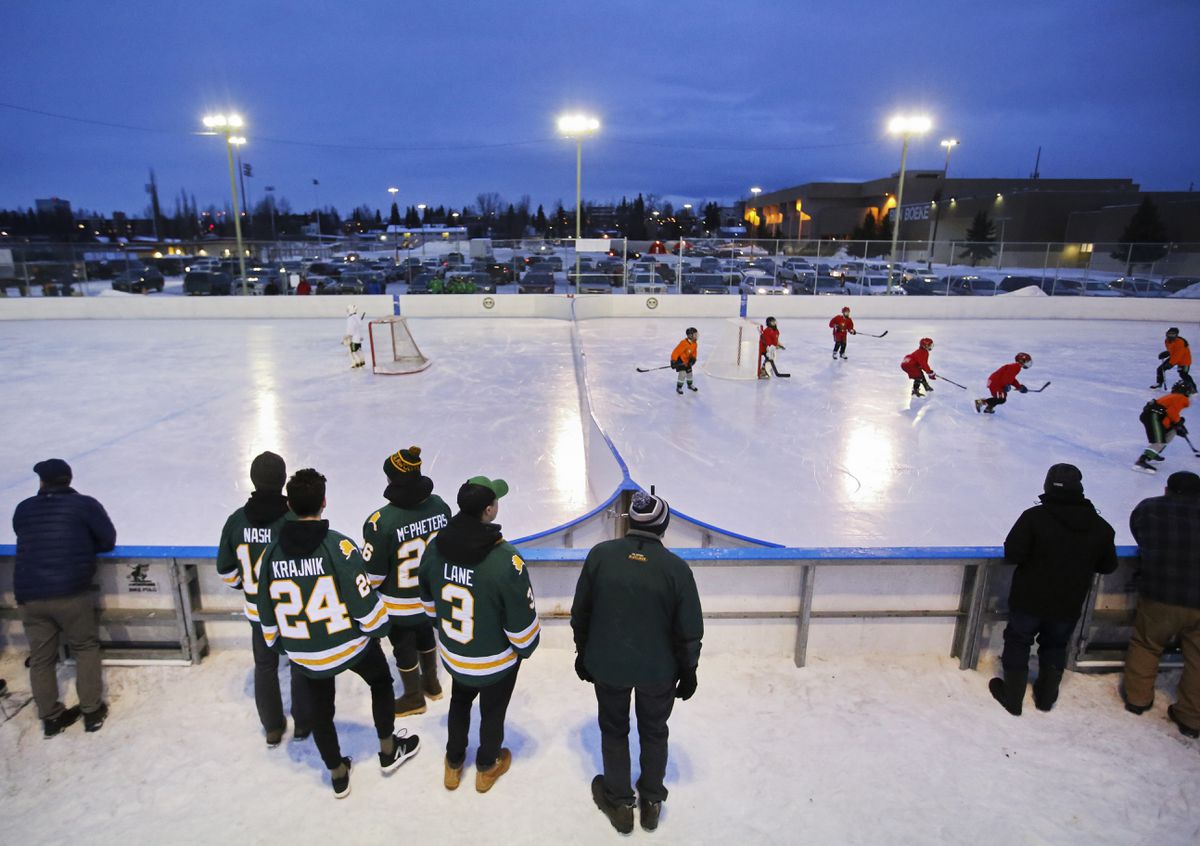 Brian Kraft donated $25,000 to help save the UAA hockey team he once played for, and on Saturday he’ll make what might be a more demanding contribution. Days before he turns 54, Kraft will lace up the skates for an alumni hockey game where he’ll be one of the oldest guys on the ice.

The afternoon alumni game between the UAA Seawolves and UAF Nanooks is part of the fundraising efforts for Save Seawolf Hockey, the group trying to raise $3 million by mid-February to save the program.

The alumni game is scheduled for 3:30 p.m. at the Bonnie Cusack Outdoor Ice Rinks next to Ben Boeke Ice Arena. It’s scheduled to end at 5 p.m., when the winning ticket will be drawn for a split-the-pot fundraiser that’s at $25,000, with more ticket sales expected between now and then.

The game is being held in conjunction with the SeaPup Cup, a 3-on-3 youth tournament that began Thursday and runs through Sunday on the outdoor rinks. The 36-team tournament will raise another $10,000 or $15,000, Bethard said, and a virtual auction that runs through Jan. 31 should bring in more than $25,000.

The University of Alaska Board of Regents cut UAA hockey, gymnastics and alpine skiing last September, but will consider reinstating any program that can raise two years’ worth of operating expenses by the regents’ February meeting. Last month, the ski team reached its $628,000 goal.

With no big-money donor expected to materialize and save the day, hockey supporters are relying on modest gains from multiple events. Bethard said they’re planning another youth tournament in February, a clinic in April run by Seawolf-turned-coach Matt Shasby, and there’s talk of a rollerblade tournament in the spring.

All of those things would happen after the deadline set by regents, but supporters plan to keep raising money anyway.

“We’re going to save this program,” Bethard said.

At the February meeting, “we’ll present what we’ve raised thus far and commit to raise the full $3 million,” Bethard said. “It’s just the three months we were given is not enough time in this pandemic.”

Save Seawolf Hockey has applied for some grants, she said, and next week a couple of big Zoom meetings are planned with scores of former Seawolves. Two alumni have already made big contributions -- Kraft and Steve Bogoyevac, teammates during the program’s 1990s glory days, each donated $25,000 -- and the hope is other players will be inspired to pitch in something, no matter the amount.

“We’re trying to rattle some cages,” Bethard said. “Now’s the time. You can’t wait any longer, you’ve gotta put your money in.”