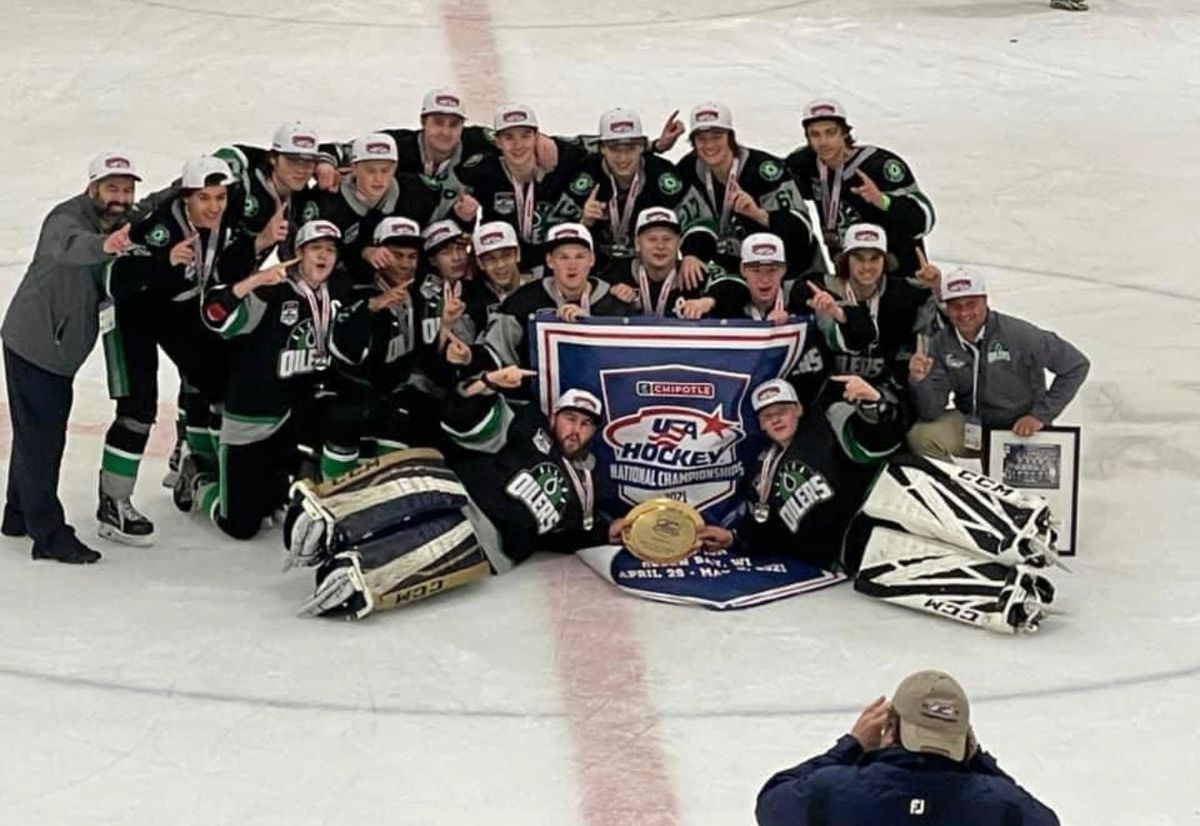 The championships raise the number of national titles earned by Alaska youth and adult teams to 18, according to a USA Hockey list of national champions that dates back to 1938.

The Oilers won the U18 championship game on a goal from Tristan Berntsen, whose strike came four minutes into the extra period.

Alaska’s Marc Abrego sent the game into overtime with a late third-period goal. Bernsten finished with two goals, Abrego and Brenden Anaruk each had one and goaltender Maxwell Dupree made 23 saves.

Monday’s victory avenged a 5-2 loss to the Rogue Warriors in pool play. The Oilers finished the eight-team tournament with a 4-1 record and were 31-7-2 for the season.

In Dallas, the Alaska Stars also avenged an earlier loss to emerge as champions of their 12-team tournament.

The game was tied 2-2 after one period, and the Stars seized the lead for good on a pair of goals from Bethard, whose second goal came in the final seconds of the period. Goalie Hayden Zernia played the first two periods and Caylin Jones played the final period for the Alaskans.

The Stars roster is primarily a collection of players from the Alaska All Stars and Anchorage North Stars organizations, plus a few players from other associations. By tournament time, they were down to four defenseman, according to one of the team’s coaches.

They eked out a spot in the tournament’s knockout round by going 1-2 in pool play, a stretch that included a 3-1 loss to the Hurricanes. They finished with three straight victories for a 4-2 tournament record.

The Oilers and Stars were among eight Alaska teams that competed in USA Hockey national tournaments over the weekend. All were Tier II teams except the Team Alaska U15 squad, which went 0-3 in the Tier I tournament in Dallas.

Tier I is the top level for youth players.